It’s always been disturbing, in fact painful, to witness the monthly antics of the “Women of the Wall,” the vocal, militant Israeli feminist group intent on turning the Kosel Hamaaravi from a place of peace and heartfelt prayer into an arena for evangelizing the religion of “egalitarianism” to the unconverted (and uninterested).
Last week, on Rosh Chodesh, the provocateurs ramped up their disdain for halachah with some help from a friend in a high place, Gilad Kariv, a member of the Reform clergy who is a newly-elected Labor Party member of the Knesset.

Clutching a small sefer Torah he was given by WOW founder Anat Hoffman and smuggled into the venue, the MK proudly marched (trailed, of course, by a parade of supporters and television cameras—what worth would his fearless act have if not publicized to fawning followers?) to the front of the Kosel plaza and read from the Torah along with a group of WOWees, who cheered and sang like ’60s college kids occupying the dean’s office.

The show of contempt for Jewish values, not to mention for the hundreds of other Jews who had come to the Kosel not to demonstrate but to daven, was, as usual, obnoxious. But presumably not illegal, since Knesset members enjoy parliamentary immunity and, as per Knesset rules, “bear no criminal or civil responsibility.”
But they do perforce bear responsibility to respect Judaism.

Of course, Ms. Hoffman, MK Kariv and their admirers assert that there are multiple “Judaisms,” and that followers of every such imaginary creature have a right to disturb the peace at the Kosel. But even in their fantasy, they might consider the ramifications of their claim. Does it extend to devotees of “Humanistic Judaism,” a “nontheistic” movement, chanting loudly in unison at the Kosel “Hear O Israel: The Earth, our world, is One”— a declaration “inspired,” according to Machar: The Washington Congregation for Secular Humanistic Judaism, by “the Shema”?
And what about whatever other new enterprising “Jewish” chimeras may be waiting in the pluralistic wings? Will they all deserve to vocally violate the long-standing status quo and peaceful atmosphere of the Kosel?
The WOW crowd insists that the Kosel “isn’t an Ultra-Orthodox synagogue.” Indeed, it isn’t. Everyone, Jew (of any stripe) or non-Jew, can enter the plaza and privately pray as he or she wishes.
But standards don’t equal coercion.

The MK and geveret might wish to entertain a discomfiting thought:
If a dinner celebrating Jewish unity were being planned, would they accept that kosher food exclusively be offered to participants? Or would they insist that those who reminisce fondly about the famous “Trefa Banquet” held in 1883 in honor of the first graduating class of Hebrew Union College be “accommodated,” and the culinary offerings include, as at that sumptuous affair, clams, crabs, shrimp and frogs’ legs?
One suspects, and certainly hopes, that the pluralism-promoters would, in that case, counsel the wistful gourmands to service their epicurean desires at a different time and place, and, in homage to Jewish unity—the dinner’s honoree, after all—accede to the propriety of offering only strictly kosher victuals at the event.
If WOW and its cheering section ponder that imaginary scenario honestly, they will readily see its unmistakable implications for the Kosel.

Among many other Rosh Chodesh services held the same day as the Kariv/WOW stunt was one led by another MK, Avi Maoz, of the Noam party, part of the Knesset’s “religious Zionist” delegation. He and his party have been widely vilified for their support for the traditional family structure.

Asked about the Kariv/WOW made-for-media performance, MK Maoz decried the “provocation” but wished “a good and blessed month for the whole house of Israel,” adding his offer of “kindness and love against hatred and incitement.”
Were only his adversaries so gracious. If they were, they might acknowledge that, for decades after its reunion with klal Yisrael in 1967, the Kosel was a Jewish societal oasis, a place of unperturbed amity and Jewish unity—probably the only place on earth where Jews of every sort smiled and greeted one another, and worshipped side by side.

And then realize that, if they truly cared about Jewish unity, they would choose to return that special place to its previous, wonderful state. l 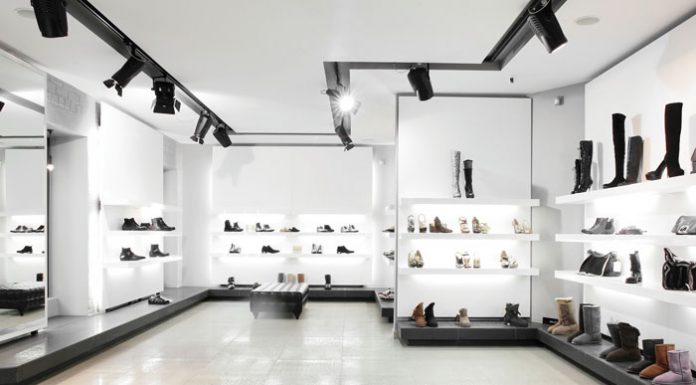 A Wave of Anti-Semitic Attacks // Jews around the world have been experiencing abuse and assaults in the wake of the Israel-Hamas conflict....

An Audience of One // Rabbi David Refson, the pioneering founder...