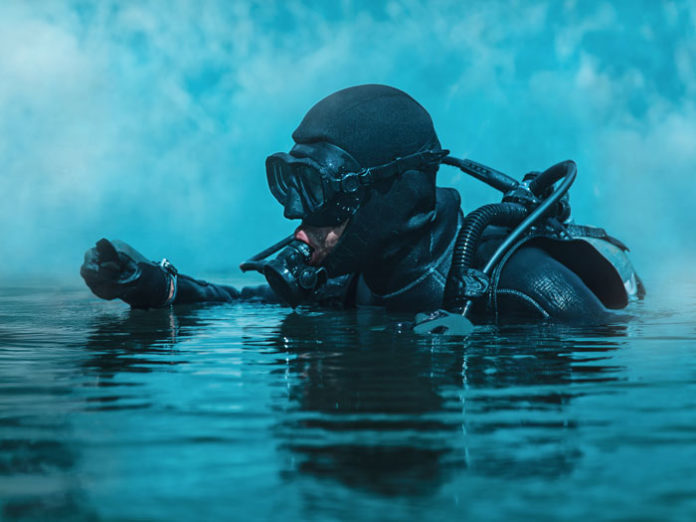 “Covert bomb” is a contradiction in terms. Once bombs go off (if they go off), they are no longer a secret. The enemy knows it is being attacked and must take countermeasures. The only secret left is who made the covert bomb in the first place.

In the last year, Israel used a covert bomb to poke a small hole in an Iranian spy ship and then a much larger hole inside an Iranian nuclear facility. But then the Israelis leaked responsibility for both bombs and destroyed their own anonymity, which was the only advantage in using covert bombs in the first place. If the IDF was going to go public, it would have been better to fire a long-range missile and then hold a press conference. Much safer for the troops.

Planting covert bombs in enemy territory is a very dangerous enterprise for the soldier given the assignment. Especially if said soldier is a sailor and his navy has given him orders to plant a covert bomb on the bottom of an enemy ship. This is probably the most dangerous method of sinking a ship ever conceived by man.
If the sailor tries to swim from his ship to the enemy vessel, he will almost certainly get shot long before he ever gets close enough to attach the mine. The Iranians actually used a fast motorboat in an attempt to slap a mine on the side of an oil tanker, but when the mine did not explode, they had to face the embarrassment of going back and retrieving it in broad daylight. Apparently, the mine was stamped “Made in Iran” or something equally incriminating. A US helicopter made a hilarious videotape of the Iranian sailors peeling the dud off the side of the ship, hiding it under their clothes and driving off in their speedboat.

Even if you succeed in secretly attaching a mine to an enemy ship in a neutral harbor, you better hope the timer works. The idea is for the timer not to set off the mine until the ship has left port and is far out at sea. No witnesses, no evidence. On more than one occasion, the target ship’s departure was delayed. That meant the timer went off and sank the ship while it was still tied to the pier. Bad publicity.
This caused a switch to timers that were regulated by seawater flowing through a spinner as the ship sailed away from the port. That did not always work well either; passing motorboats or a fast current could start the timer running prematurely.
Attaching mines to a ship’s surface is generally not a good strategy for those members of the military who wish to survive clandestine maritime operations. However, it does work spectacularly if you are driving a speedboat filled with explosives while attempting to commit suicide (see USS Cole).

Attaching underwater mines is even more risky for the military. In 1939, British military intelligence came up with an underwater mine called a limpet that could be attached with magnets to a metal hull. A trained swimmer (called a frogman because he wore flippers) would try to sneak up to the side of an enemy ship at night, slap on the magnet mine, pull a lever to start the fuse and then swim away frantically before the mine went off. The British sank a few small Japanese cargo ships with these contraptions.

Unfortunately, swimmers in the Italian Navy copied the idea during World War II and sank several British battleships and a cruiser in the port of Alexandria, Egypt. But the British would not let go of the mine idea, even if it meant trading a soldier’s life to sink an enemy ship.

In 1956, a British diver used a scuba tank of compressed air to swim underwater and attach an advanced magnetic mine to the bottom of the Russian ship Ordzhonikidze, which was visiting Portsmouth, England. The idea was that the mine would explode after the ship was at sea, where all traces would be lost in deep waters. The problem was that the Russians noticed a trail of bubbles from the scuba tank as the diver approached their cruiser. When they deduced the reason for the approaching bubbles, they sent one of their own frogmen to meet him.

Fourteen months later, his mutilated body washed ashore. In 2007, a former Russian frogman finally claimed to the press that he had killed the British diver with a knife some 50 years earlier.

The Brits are nothing if not persistent. With the help of the US Navy, they devised a “rebreather” apparatus that did not leave a trail of surface bubbles for the enemy to see. On the downside, the diver could inhale poison gas if he let even a tiny drop of water into the mouthpiece of his underwater rebreather.

This insane device is still used by US Navy SEALS and is probably what the IDF diver used in 2020 to sneak up and attach a magnetic mine to the bottom of the Iranian spy ship Saviz. Since the Saviz was at anchor and any scuba bubbles would have been noticeable to the deck watch, there really was no alternative to a rebreather.

Military divers have a special problem, and that is that shock waves carry well in water. A few Iranian hand grenades over the side could easily have stunned an Israeli diver into unconsciousness, which would have meant death by drowning. So the IDF diver rolled the dice and used a rebreather.

Skeletons in the closet // Most people have a secret, mine...

Stuck! A conversation with Shimon Dahan, who is quarantined on the...

Who Is Poisoning U.S. Diplomats? // A mysterious ailment is striking...