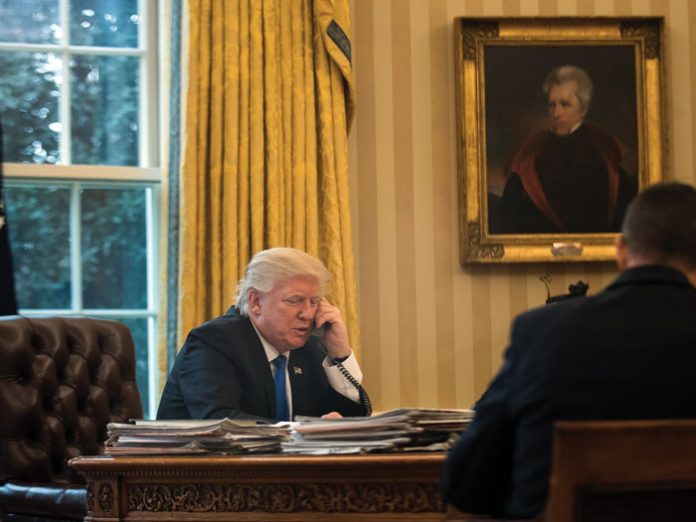 Yes, Mr. Trump is my president and I always respect the holder of that office. No, I did not and do not support the man. I do not like the man, and I like even less that I now have to defend him. Trump may be right about the warrantless wiretapping, but even a broken clock is right twice a day.

When it comes to the latest charge that “President Obama asked the British to wiretap Trump Tower,” there is a tiny grain of truth underneath the mountain of Trump baloney, but only a tiny bit. Still, it is very important that all of the truth be told, even if my telling it is temporarily twisted by Trump’s supporters into a justification for their false, malicious attacks.

In the long run, I believe that it is better for Americans that all the facts be known. Here is the bottom line: It is possible, indeed very likely, that the British GCHQ used the NSA’s facilities for the electronic surveillance of Mr. Trump’s associates during the 2016 election campaign. It is virtually certain that the spokespeople for the Department of Justice, the NSA, the CIA and the FBI have been lying to Congress about their knowledge of the British capacity to spy on American politicians without search warrants.

It is a reciprocal breach of the privacy of their citizens; a reciprocal promise to lie to their legislatures. Both sides spy on each other’s citizens and then swap the wiretaps. Each side has been telling their legislators that they would never spy on their own citizens without a warrant from a court. That is sort of true in a technical sense, but mostly false as far as the practical result.

I know a bit of the historical background. There was a rather large scandal in the 1920s when Congress discovered that telegrams sent on the transoceanic cable from the United States to American businessmen in Europe were being intercepted in Canada by the British Secret Service in order to give British businessmen an advantage. It caused quite a furor at the time, and Congress banned electronic surveillance, or so they thought.

Plain Talk // Molly Resnick talks about her journey from diehard...