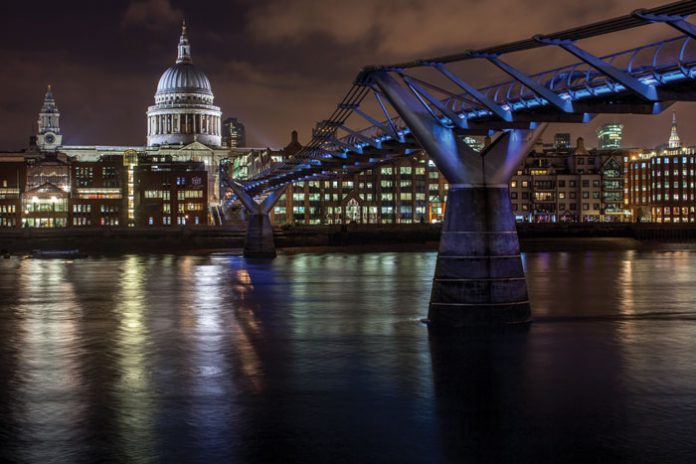 Why did the British keep serious intelligence secrets from all of their Western allies? The radical imams of London knew the answer; the British government promised the terrorists both secrecy and sanctuary in London as long as they only attacked foreign countries and never launched a terror attack on British soil. British intelligence truly made a deal with the devil, bribing the terrorists to kill anyone but the English.

British government ministers were appalled at the suggestion that they had entered into such a pact. In response, the British intelligence services warned British imam Abu Hamza al-Masri (whom I refer to as “Captain Hook”), head of Finsbury Park Mosque in London, that his continued incitement of foreign terrorism was “fraught with peril” for his continued security in London. Abu Hamza had the British over a barrel and he knew it. British intelligence had lost all control over him and they knew it.

Instead of toning down his incitement, Captain Hook told his followers to increase the level of violent rhetoric.

“‘Supporters of Shariah,’ a radical organization run by leading British imam Abu Hamza al-Masri, issued a threat of attacks in the group’s October 1998 newsletter. In language that is juvenile and insulting, the US military and other ‘unbelievers’ are warned to leave Yemen or suffer the consequences. Abu Hamza, an informer for the British security services, has recently started working with the Islamic Army of Aden, a [South] Yemen-based militant organization. The IAA will be near to implementing a massive plot in December involving close associates of Abu Hamza…”

The moderate Muslims of London rose up in protest to try and take back the Finsbury mosque from the radicals. Muslim community leaders tried to serve a court order instructing imam Abu Hamza al-Masri and his followers to vacate Finsbury Park Mosque. But Captain’s Hook’s thugs violently beat the protestors. The Metropolitan Police did nothing, claiming a “court injunction gave them no power to arrest any of the mob inside. They tell the startled community leaders that they have been aware for some time that Abu Hamza was the subject of previous injunctions. They say the solution is to get an eviction order, although this will be costly and time-consuming, and they will do nothing against Abu Hamza in the meantime.”

Sensing that British politicians were afraid to act, Captain Hook told his thugs to seize other moderate mosques by force, including those outside of London. He had grand ideas about building an empire of terrorist enclaves across Britain and then around the world.

Authors Sean O’Neill and Daniel McGrory would later comment: “Like a medieval monarch, Abu Hamza wasn’t satisfied with just Finsbury Park, and wanted to expand his fiefdom. His first step was to take his road show around the country, poisoning other mosques with his hateful creed, then leaving it to hand-picked locals and some of his Supporters of Shariah stalwarts to complete the takeover at mosques such as that in Stockwell, south London. He roamed the country with a convoy of cars, always with an entourage of minders in tow to whip up the crowd.”

The Exodus: Those Left Behind // As the exodus from Brooklyn...