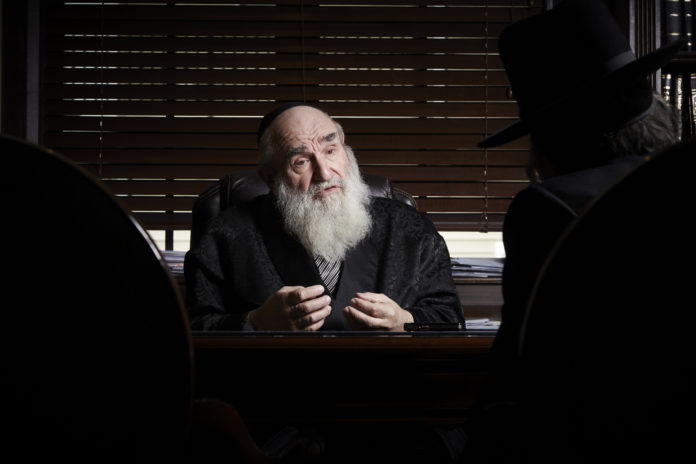 Rav Reuven Feinstein, shlita, reflects on the life of his brother, Rav Dovid Feinstein, zt”l, on the occasion of his shloshim, as well as the legacy of their revered father, Rav Moshe Feinstein, zt”l

For many Jewish Brooklynites, New York State Route 440, a thoroughfare located entirely in Staten Island, acts as a connector between Brooklyn and Lakewood, New Jersey. As they speed along, few take note that just off the highway, in the Greenridge section of Staten Island, there is an impressive yeshivah campus and community, a true makom Torah that was founded by Rav Moshe Feinstein and has been led by his son Rav Reuven ever since. Rav Reuven’s home is nestled right behind the large yeshivah building with its characteristic white columns, which houses both the beis midrash and dormitory.

This is not the first time I have been in Rav Reuven’s house. The last time I visited, his rebbetzin was still alive and was a gracious hostess. That I have come to solicit his thoughts about his brother, Rav Dovid, who succumbed to COVID-19 only a month earlier, tinges my visit with sadness. And yet, I find Rav Reuven, who is presently living with his grandchildren and great-grandchildren, so brimming with life that it is infectious.

As I have learned over the years of my relationship with Rav Reuven, he always refers to his father Rav Moshe as “the Rosh Yeshivah,” unlike his late brother Rav Dovid, who referred to Rav Moshe as “my father.” As I will soon see, this choice of nomenclature is only one of many distinctions between the two brothers.

“My brother’s approach to the Rosh Yeshivah’s pesakim was a lot more independent than mine,” he tells me. “This could have been because I learned out of town, where I learned about the concept of a rosh yeshivah, and he was my rebbe muvhak, so I call him ‘the Rosh Yeshivah.’ It could also be because everyone here in Staten Island calls him that. I very rarely say ‘my father.’ I’m only speculating, but because Rav Dovid referred to him as ‘my father,’ he might have viewed him differently.”

I ask Rav Reuven when that transition in his perspective, from father to rosh yeshivah, took place.

“I first realized who my father was when I was 14 and learning in Telz,” he answers reflectively. “Before then, I would see people stopping him on the street, but I never associated that with his greatness. To me, he was just a very friendly person. I don’t think there was any one incident that opened my eyes, but I do remember when Rav Gifter told me to write to my father and ask him two questions. I did, and he answered both of them.

“I was studying Kiddushin at the time, where it discusses the halachos of kibbud av va’eim, and I learned that you should address your father in the third person. One day during bein hazemanim we were sitting and eating breakfast, and I mentioned that I wanted to start doing that. His face turned very red, and he said, ‘You don’t have to. I’m moichel.’ ‘Even if you’re moichel,’ I replied, ‘it says that the mitzvah is the ikar.’ He thought about it for a minute and then said, ‘If you really want to, then I’ll accept it.’ I never said ‘you’ to him again. I couldn’t do that with my mother, though.”

From Lakewood to Slabodka // An inspirational and enlightening visit with the Slabodka Rosh Yeshivah, Rav Moshe Hillel Hirsch