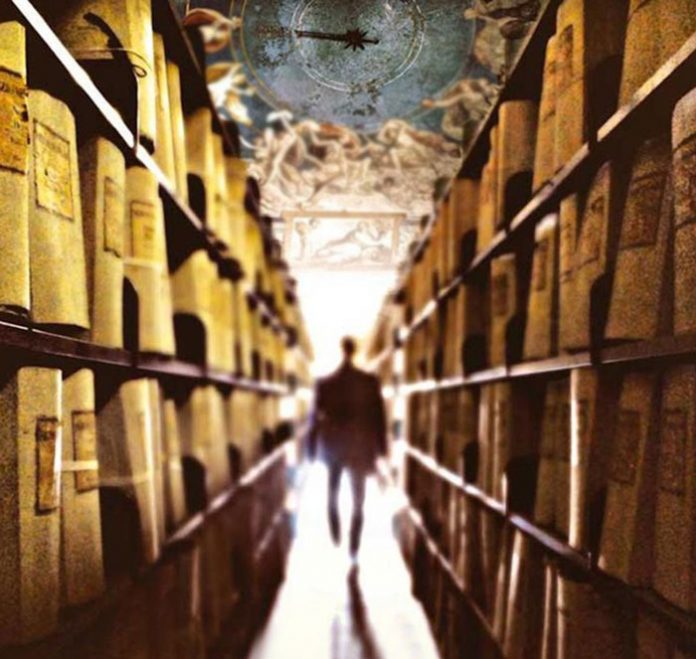 The Vatican is going to open its Secret Archives concerning Pope Pius XII’s dealings with the Nazis. So what? I think this is another hoax being perpetrated against the Jews. I have been down this road before. It looks like another public relations effort to rewrite the Vatican’s shady history of giving aid to the Nazis before, during and after World War II.
In the late 1980s, my Australian co-author Mark Aarons and I began an international search for declassified intelligence records concerning the Vatican’s wartime awareness of the Holocaust and its postwar involvement in smuggling Nazi war criminals out of Germany. We found that many nations had declassified different pieces of the Vatican puzzle. Putting them together enabled us to document a good portion of the Vatican’s hidden history with the Nazis. In 1991, our book, Ratlines, was first published in England and then in the United States under the title Unholy Trinity: The Vatican, the Nazis and the Swiss Banks.
The well-documented revelations in our book triggered a firestorm in the global Jewish community and among historians. They besieged the Vatican with requests to open the sealed archives for full scholarly review.
Some scholars sent copies of wartime letters from Catholic clergy in several European nations addressed to Pope Pius XII and other Vatican officials. These letters from Catholic priests and bishops described the Holocaust against the Jews in specific detail. But no one knew whether the Vatican had replied, and if they hadn’t, why not? Would the Vatican open the Secret Archives (as they were officially known) to allow scholars to see the full correspondence? At that time, the answer was that this was “impossible.”
I was not surprised. I already knew that the full story was extremely embarrassing not only to the Vatican but to several other allied governments as well.
As we wrote in Unholy Trinity, Pope Pius XII liked the Germans but hated both the Nazis and the Communists. One big reason Pope Pius XII kept silent about the Holocaust was because the British government repeatedly requested that he not speak out in public about Hitler’s treatment of the Jews, a policy to which the American government, sadly, acquiesced.
For an example of this hideous cover-up, we have a letter from the British Foreign Office sent to Franklin C. Gowen, FDR’s personal representative to Pius XII. This American diplomat lived in Vatican City during the war. (He died in 1981.) The British asked Mr. Gowen to use his considerable influence to stop Pius XII from publicly condemning the imminent round-up and deportation of Hungarian Jews. With a touch of sadness, Mr. Gowen informed the British that the pope had already decided not to mention the subject in his upcoming radio address.