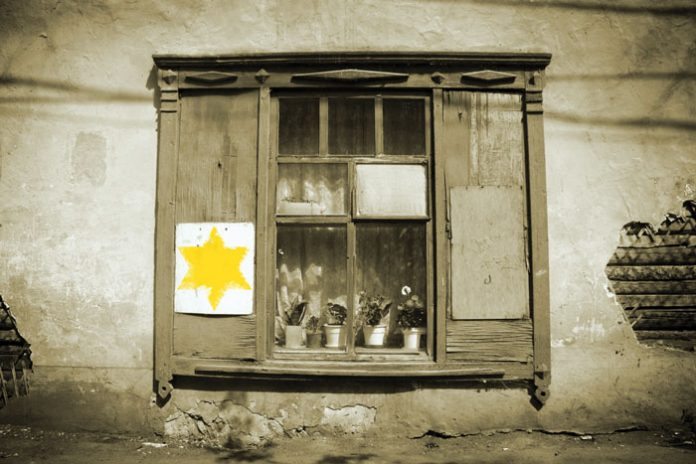 Abe Foxman, the former head of the ADL, confessed on CNN that he was shocked. He never thought he would live to see the day when Nazis would march again in America. It was as if we were going backwards in time. At last, Abe Foxman and I agree on something.
Readers of my column know that I have been warning of the rise of anti-Semitism for years while Abe Foxman and the ADL were claiming the opposite: Anti-Semitism was decreasing in America, and they had the phony statistics to prove it:

“In the Anti-Defamation League’s 2013 Audit of Anti-Semitic Events, published annually, the ADL reported 927 incidents of anti-Semitism in 2012. This is a 14 percent decrease from the 2012 numbers…”

Decrease? Abe Foxman was telling us that anti-Semitism in America was on the decline? Perhaps it is a coincidence, but after Mr. Foxman’s departure, the ADL reported a very different set of numbers:

“Anti-Semitic incidents in the US surged more than one-third in 2016 and have jumped 86 percent in the first quarter of 2017, according to new data from the Anti-Defamation League. In its annual Audit of Anti-Semitic Incidents, the ADL reports that there has been a massive increase in the amount of harassment of American Jews…”

Now, after Charlottesville, even Mr. Foxman is admitting that anti-Semitism is at an astounding level and that he never saw it coming. To be fair, he wasn’t the only one. The leaders of the American Jewish community were wrong, dead wrong, when they beat the drum of denial. Now neo-Nazis are marching by torchlight, shouting, “Jews will not replace us” and “Jews don’t own our streets.” What happened cannot be denied by the alleged Jewish leadership anymore. It was all broadcast on live TV. And a few of us did see it coming.

A female reporter from VICE news scooped it in a filmed report. This young reporter convinced the new Nazis that she would air their views in a documentary, and she did. She and her cameraperson actually recorded inside the vans carrying the KKK while they plotted with the new Nazis-by-Another-Name. She taped them pulling their AK-47s out of their duffel bags and proudly flying their flags with the new and improved swastika, which has a shape slightly different from the crooked cross that flew over the Reichstag. Old poison in new bottles.

The racists she videotaped in Charlottesville made their own case against themselves. They left no doubt that the attacks on Charlottesville had been planned to include previously armed regiments of racists carrying clubs in the form of tiki torches, wearing the same uniform of khakis and white polo shirts instead of the traditional brown shirts. But now and then, tradition overwhelmed the rebranding effort, and the old hands-up Nazi salute emerged spontaneously from the marching crowd.

I am not a Jew, but I could see this coming. The Klan is marching again. “Fine people,” says the president.

The American Jewish leadership utterly failed to see Charlottesville coming. The Jews are supposed to be the canaries in the coal mine, the sensitive souls who catch the first whiff of poisonous racial politics and warn the rest of us to be ready.
Anti-Semitism is a resurgent virus that can never be killed. it’s time to wake up.

Who Betrayed Donald Trump? // If you can’t trust...

Small Islands of Jews in a Muslim Sea: The rabbis of...