Professionals usually caution journalists: Report the story, don’t become part of it. Journalists have a responsibility to gather news objectively and report the facts, while being diligent not to blur the lines between being a participant and being an objective observer. Last week, however, I witnessed how Ami—and I, personally—became the story that others were reporting.

When I met my good friend Yaakov Eliezer Shisha during my recent trip to Israel, we discussed the news reports about his discovery of a long-lost cousin. I immediately recognized that his story was strikingly similar to the accounts that the Chanowitz and Singer families had shared with us a few years back. I was convinced that his family was being conned by the same serial fraudster and predator who claimed that he was a child of a family member who was believed to have been killed during the Holocaust without leaving any children. When I compared the emails he received with those received by the Singer and Chanowitz families, there was not even a scintilla of doubt that the same sociopath had written them.

As we were preparing the story for publication, more and more victims of this fraudster came forward who shared their stories with us.

People have asked what this fraudster’s motivation was, since he seemingly didn’t do it for money. However, experts have long ago recognized that a scam is an end in itself—an ego trip and a means to control people and manipulate their emotions regardless of the pain and grief it causes. A con artist is compulsive, exactly like a compulsive gambler. It gives him an adrenaline rush when others are enthralled with his made-up persona.

Since con artists are missing the guilt gene, the only thing that can put a stop to their scams is if the community is fully aware of their methodology.
Our prior reportage has proven to bring about a considerable degree of awareness. It is hoped that our continued coverage will prevent even more people from falling prey.

This is a story that sounds too farfetched to be true, something that cannot possibly be real. It’s an outlandish tale, most likely the product of someone’s imagination. The story begins with an email Rabbi Yaakov Eliezer Shisha received in his office one day from a person whose name was unfamiliar.

Rabbi Shisha, a member of one of the most prominent families of the Toldos Aharon chasidus whose yichus goes back to the Chasam Sofer, is a young avreich who lives in Yerushalayim. He runs Shisha Realty, which is a real estate company that also manages properties throughout Israel. Additionally, he is the founder of a large charity organization called Tov V’Chesed, which helps thousands of needy families with their needs in a dignified way, as well as Project Buneinu—a program for orphans whose needs are taken care of on a daily basis, including food, tutors and even wedding expenses when the time comes.

On the morning of December 23, he received an email expressing interest in his charitable works:

“I’m a mashgiach in one of the hotels here in Israel,” it began, and went on to ask for some more information about Tov V’Chesed. The message was signed “Jakob Braun.” 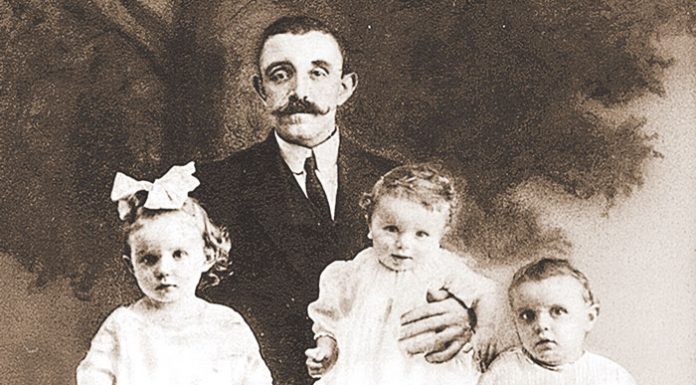 Undercover with Extremists // Israeli reporter Zvi Yehezkeli posed as an...