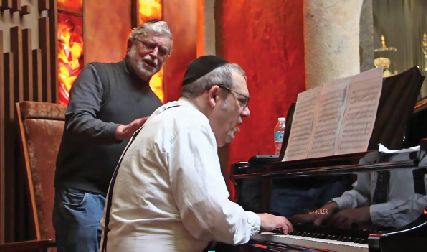 The passing of Cantor Daniel Gildar is an immeasurable loss for the Jewish community, but especially for the cantorial world. He was a man of great depth and knowledge, who believed passionately in the power of prayer and song to unite and move people. I could fill many volumes in an attempt to do proper written justice to my dear friend’s life and legacy.

Cantor Gildar was the first chazan I went to meet when I came to the United States in 1996 to assume my first full-time position as the chazan at The Jewish Center on Manhattan’s Upper West Side. He was warm, welcoming, and kind. He encouraged me, both in my personal cantorial studies and in my passion to promote and sustain cantorial music. We would go on to work together for more than 25 years. He performed at hundreds of cantorial events that I was involved with, from weekends of chazanus to cantorial concerts both in the United States and in Europe, to the Siyum HaShas, to being a guest chazan, and joint lectures that we gave on nusach. He was an integral part of my life and growth, and I am forever indebted to him.

A native of Cleveland, Cantor Gildar was the product of American yeshivos. He studied at the Cleveland Institute of Music and majored in piano, theory and voice. Cantor Gildar held a cantorial pulpit in Philadelphia for many years, where he lived with his beloved late wife, Marsha. The doors of their home were always open, inviting scores of Jews in search of a closer connection to Judaism.

Cantor Gildar was the ultimate shliach tzibur and pianist. His musical agility and his encyclopedic knowledge of music were astounding. While he showed up to concerts with books of written cantorial sheet music, he could play every piece by ear without missing a note. Beyond his achievements in music, he was a role model of how to serve the Ribbono Shel Olam. He showed what it meant to walk humbly with G-d. There was not a concert that he performed at which he didn’t share a story of tzaddikim. He would often chide the chazanim, telling them to focus more on the meaning of the words than the music itself. To Cantor Gildar, being a chazan was not merely about vocal ability. It was about a connection with Hashem and a deep understanding and appreciation of the tefillah, all with one goal: to connect our Jewish brethren with our Father in Heaven.

In fact, Cantor Gildar was a tremendous stickler for nusach. For him, a deep understanding of and appreciation for nusach was more important for success as a chazan than musical talent.

I recall a moment of great meaning when I managed to buy the siddur of my cantorial hero, Chazan Yossele Rosenblatt, who was known as the “King of Cantors,” at an auction. I held the siddur with so much pride as I showed it to Cantor Gildar. I will never forget the look on his face when I showed it to him and he said to me, “I know you bought the siddur. But do you own it?” I looked at him, perplexed. Did he want to see a copy of the cleared check? But he repeated again, “Do you own it?” Do you truly understand the meaning of the tefillah in the way that your hero, Chazan Rosenblatt, did?”

It is unlikely that there was a cantorial concert in the United States in the last 50 years that he was not invited to attend and accompany one of the chazanim, but despite his success, Cantor Gildar never lost sight of his priorities. In December of 2006, I produced a concert at the Metropolitan Opera House under the auspices of Cantors World. For the first time in New York history, cantorial music took center stage at New York’s most famous and prestigious opera house. There were thousands of Jews who came from all walks of life to listen and participate, as the stage of this most prestigious hall was filled with the world’s finest orchestra, the New York Philharmonic, Chief Cantor Yitzchak Meir Helfgot, and of course, Daniel Gildar on the piano.

About 15 minutes before showtime, all performers gathered backstage to await their cues, but Cantor Gildar was nowhere to be found. I think I aged a generation as I frantically tried to locate him. Finally as a last resort, I checked the dressing room one last time, and there he stood, davening Maariv, eyes closed, in silent devotion with the Ribbono Shel Olam. I stood there watching him, thinking to myself, “What an amazing human being.” In a moment, he was going to grace the stage and perform at what would be a historic event, but he wouldn’t risk the possibility of missing Maariv and forgetting to daven. The sold-out opera house with close to 5,000 guests would simply have to wait.

Cantor Gildar was generous with both his insights and his time. In the 1980s, during the height of communism, he would travel with renowned chazanim to remote communities in Eastern Europe and the Soviet Union with a mission to inspire Yidden and elevate their spirits. Many of those attending the concerts had not seen the inside of a shul for the majority of their lives, and were living under oppression and constant fear. Tears would flow at these concerts and recitals. Fellow Jews gathered by the hundreds to listen and be inspired by the sacred music and tradition that is chazanus.

At another concert where Cantor Gildar was set to perform, the chazan who was invited to sing was visibly ill before he went on stage. It was a miracle that he even managed to stand before the microphone. About a minute into the cantorial recitative, it was clear that the chazan was not able to perform in the intended key. But Chazan Gildar, with his unparalleled sensitivity and musical generosity, transposed the piece live, right there on stage, so as to be able to drop a key and allow the chazan to finish the piece with grace and deep meaning. Most people in the audience didn’t notice, but the chazan was tremendously grateful. I will never forget seeing the chazan approach him after the concert to say, “You saved me,” and he truly had.

In direct contrast to the serious nature of cantorial music was Cantor Gildar’s sense of humor, which was welcomed and appreciated by all who worked with him. On a flight to London for a concert in 2014, he told us about the friendly rivalry that existed between two renowned chazanim over the years, and how one would seek to outdo the other with vocal acrobatics. He told me, “I often wondered why the piano has two colors of keys, white and black. Then I realized, with these two chazanim, the white ones were created for one, and the black for the other so that each one would feel that they had their rightful place on the piano.”

I have no doubt that Chazan Gildar was a Levi in the truest sense of the word, whether he carried the lineage or not. Cantor Gildar did not have any children of his own, but he had thousands of talmidim who were imbued with his lessons of nusach and music. I am confident that the way he lived his life, combining the very best of our music and traditions with yiras shamayim and avodas Hashem, will live on through his students.

Chazanim are vessels, using their voices to carry the tefillos of their congregations to our Father in heaven. And now, Chazan Gildar ascends to the heavenly throne. In my mind’s eye, I imagine him singing. I imagine a beautiful orchestra, with singing and tribute paid to the most sacred of our music and traditions. I imagine him where he was happiest, at the piano. l 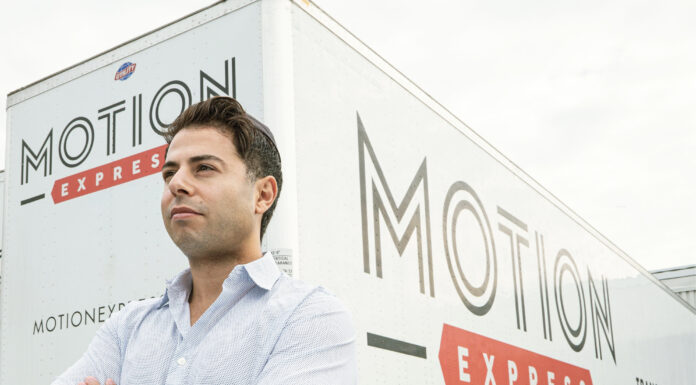 The Booming Township of Lakewood // A conversation with Mayor...