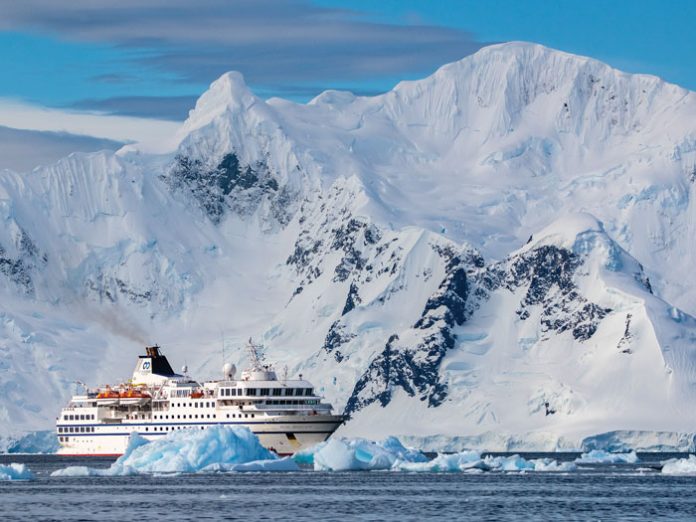 Reb Binyomin and Esther Feldman of London, whose names Ami readers may be familiar with from previous adventures, have done it again. A few weeks ago, Mrs. Feldman let me in on a secret: she and her husband would be taking their most fantastic trip yet, but she wouldn’t divulge the destination until a week before.
I knew that they’d already visited five continents and boasted entry stamps from almost 50 countries in their dog-eared passports, so anything was possible. But my wild guesses ranging from Honolulu to Peru were laughingly dismissed. Why? Because the Feldmans only go where few others dare to go.

When she called me a few weeks later and said, “We’re going to Antarctica!” my breath came out in a whoosh. I didn’t know it was possible. I thought that only polar bears lived there. I was halfway right; humans do not live in Antarctica, but neither do polar bears! Polar bears are found in the Arctic, the region at the northernmost part of the Earth. And who do you think enlightened me if not the Feldmans themselves, who have long crossed the Arctic off their bucket list?
The Feldmans had joined an historic ten-day cruise to Antarctica—Kosher Antarctica 2018—arranged by Moshe Hersko of Monsey, a wildlife and adventure photographer, and Dan Eleff of Dan’s Deals fame. The cruise had a separate kosher section for the 51 frum passengers on board, who ranged across the Jewish spectrum, from chasidic to Modern Orthodox, and ranging in age from 27 to 75.
The Feldmans were the only couple coming all the way from Europe. As such, they had some preparatory work to figure out on their own. First they had to purchase evacuation insurance for their trip, as the only way out of remote Antarctica in an emergency is via helicopter, but they had to hunt around till they found an insurer willing to provide this off-the-charts product. Then they had to take a 14-hour flight to Buenos Aires, Argentina, where they would meet the Kosher Antarctica group, who were mostly from the United States. And they had to pack clothing for diametrically opposed climates: hot weather in Argentina, where they would spend their first Shabbos, to thermal layers for Antarctica, which is now in its “summer” and is thus the only season suitable for tourists.

Heading South
With that sorted out, the couple bade farewell to their family, with whom they didn’t know if they would have contact over the next two weeks, and set off for a wonderful Shabbos Chanukah with the Buenos Aires Jewish community. On Sunday, they left for the next leg of their journey: a three-and-a-half-hour flight to Ushuaia, Argentina, the southernmost tip of South America that is often branded “the end of the world.” There, they would board the cruise liner for the two-day voyage to the “white continent” where they would stay for six days.

Touching down in the airport required a daredevil stunt on the pilot’s part, as it is surrounded by oceans on three coasts: the Pacific to the west, the Atlantic to the east, and the Southern Ocean to the south. “The pilot had only a thin strip of land to land on,” says Esther, who kept a handwritten journal through her trip, “so he flew very low. The plane was virtually skimming the sea. It was terrifying for me, as I can’t swim. Then he suddenly made a sharp U-turn on the tarmac. It was a marvel!”

Patagonia, the sparsely populated region at the southern end of South America, shared by Argentina and Chile, is a protected area, as it is one of the last wild places on Earth. Accordingly, it has many customs restrictions, including the foods that one is allowed to bring in. Billboards proclaim, “Take nothing but pictures; leave nothing but footprints.” But perhaps that is the secret to Ushuaia’s pristine landscape. Sprawling modern chalets perched on verdant green cliffs, snow-topped peaks in the background, beautiful tree-lined parks and a slight summer breeze made the night of Zos Chanukah a most tranquil experience. Add to that 25 gold menorahs reflecting their twinkling flames in the ship’s panoramic window and a lavish seudah where the guests were able to chap arein a final “Al Hanisim,” quite possibly the first in Ushuaia’s history, and it was truly a night to remember. 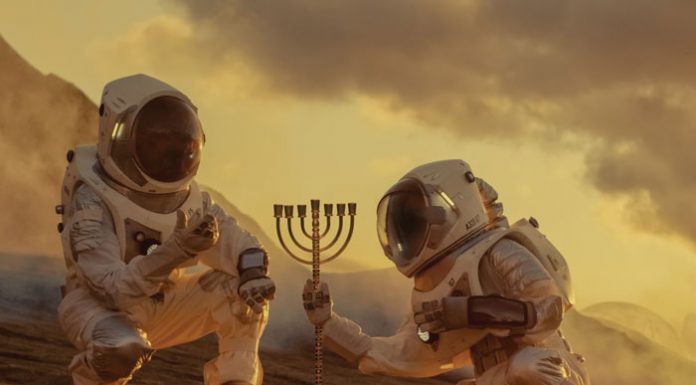