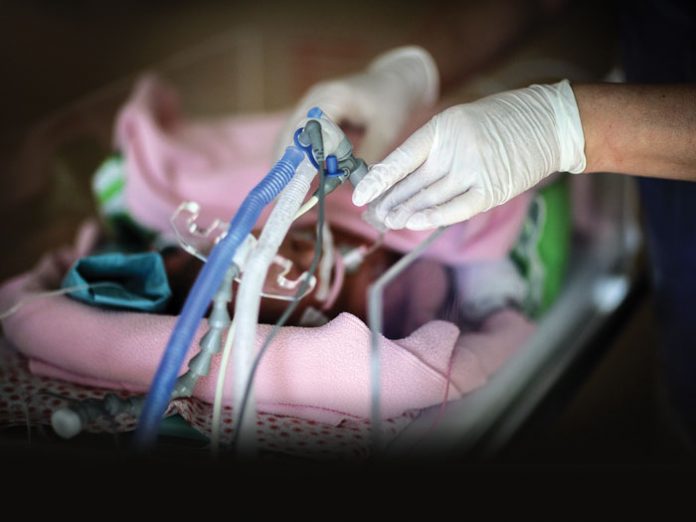 It had been a rough winter for Perele, my fourth child and only daughter. She was just 11 months old, but she had already suffered a bout of strep and a double ear infection, and she was under the weather much of the time. She was an adorable, active baby who normally was all over the place, but now she was pale and wan.

It was mid-January 2019 and our entire family had caught a bug. Two of my sons were feverish and nauseated, while I felt achy and run-down. Flu, the doctor said. Just get plenty of rest, drink lots of fluids, and allow it to run its course.

I had been feeling weak for several days and was forced to take off from work (I run a small business from home), and I was looking forward to resting on Shabbos. Instead, we careened head first into a medical crisis that would last seven long weeks, during which our baby was placed on life support. The doctors prepared us for the worst, but we refused to give up hope.

Before I begin, one caveat: I am not the type to share my personal struggles in a public forum. The purpose of telling our miracle is to publicly thank the Ribbono Shel Olam and His messengers, the wonderful chesed organizations that go above and beyond the call of duty to help the sick.

I learned that often we are so busy trying to find the right doctor and the perfect hospital or treatment that we lose sight of the fact that ultimately we’re in Hashem’s hands. He is the Master Doctor. The greatest doctors cannot accomplish anything without Divine assistance, and if He wills it, a child can miraculously recover even when doctors have given up hope.

Throughout the Shabbos when it all began, Perele was very croupy and congested. As Motzaei Shabbos wore on, I saw she was struggling to breathe. I turned the shower on full blast and stood with her in the steamy bathroom, then put her on the nebulizer, but she continued to gasp, taking shallow breaths. Her stomach kept retracting, a sign that she was working hard to breathe. I finally called Hatzalah. Two volunteers came within moments, checked her saturation levels, and rushed us to the local regional hospital, saying that time was of the essence.

Perele too was diagnosed with flu. We spent a few hours in that small hospital, where the doctors gave the baby cortisone shot to help her breathe and observed her carefully. It was a tense few hours. I hadn’t realized how much I had taken our ability to breathe easily for granted. Seeing how my child was struggling to draw breath and how helpless the medical team was, I realized how vulnerable we all are.

Slowly, Perele began to breathe more easily, and we were sent home late that evening. On Sunday night the situation repeated itself; her breathing became shallow, each breath a desperate struggle. Since her color was okay, I was reluctant to call Hatzalah again and waited until morning. As soon as my pediatrician’s office opened, I was in the waiting room. The doctor examined my baby a few moments later, using a pulse oximeter to measure her oxygen saturation. “She needs to be hospitalized,” he said with finality. “I don’t like the way she’s breathing.”

The doctor recommended that we go to a prestigious Manhattan hospital, but I preferred to go to Westchester Medical Center, where I knew there was an excellent respiratory team. One of my family members had had a negative experience in the city hospital, where her child was treated for breathing issues, and his vocal cords were damaged. So I pressed for Westchester, and my pediatrician agreed to accommodate me.

At this point Perele’s face was tinged with gray, and she appeared completely apathetic, her features listless.

The ambulance ride was one of the scariest experiences of my life. Perele was terrified by all the unfamiliar faces and shaken up by the bumpy ride. Shortly after we left, she became hysterical and started turning blue, literally gasping for breath. The Hatzalah members were very professional and efficient, giving her epinephrine by nebulizer to open and relax her airway, enabling her to breathe. 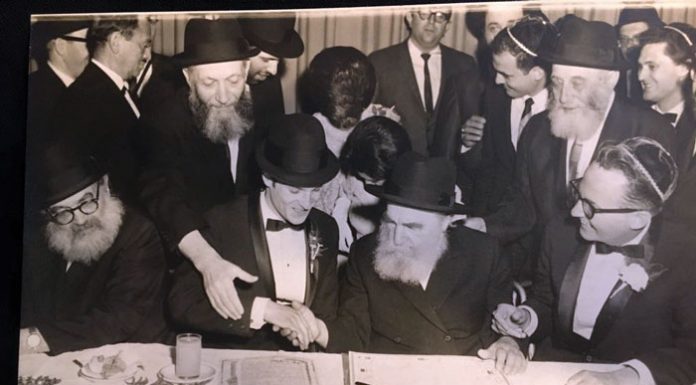 “We Want to Belong!” // Longstanding grievances come to a head when an Ethiopian teenager is killed by an off-duty policeman

Worth Your Salt // Are Low-Sodium Diets An “In-Salt” Not Only To Our Taste...

Miracle Girl // After a tiny shard of a ceramic mug...