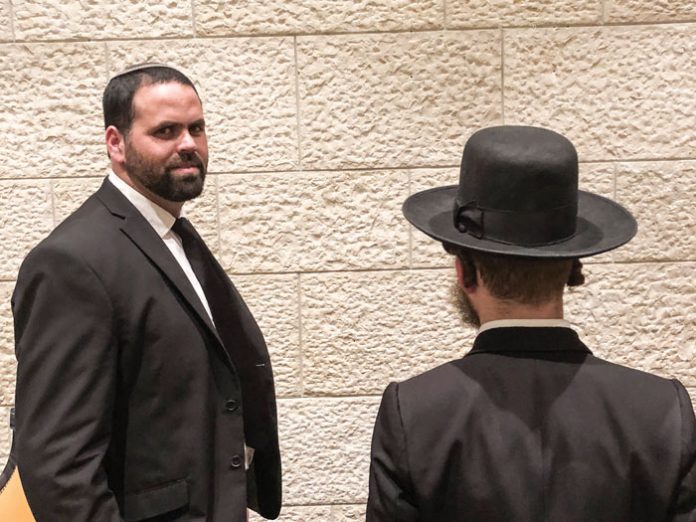 One of the great paradoxes of life in Eretz Yisrael these days is that the drama of the Jewish galus is unfolding there like nowhere in the Diaspora. Jews are tragically being targeted in Eretz Yisrael by their non-Jewish neighbors not only for physical annihilation but spiritual extinction as well. It seems as if G-d is sending us a message that the galus didn’t end with the founding of the modern State of Israel. Forcing Jews to recite the shahada (the Islamic proclamation of faith), as recently occurred in Jerusalem, is just one of its manifestations.

In the times of the Rambam, the Almohad rulers forced Jews to recite the shahada as well as to live, at least outwardly, as Muslims. One Moroccan rabbinical scholar in Fez ruled that any Jew who publicly uttered the Muslim declaration of faith—regardless whether he practiced Judaism incognito—could no longer be considered Jewish. Outraged by this ruling, the Rambam wrote a letter, known as Iggeres Hashmad, in which he argued that the ruling was seriously mistaken.

The mere utterance of a meaningless formula, the Rambam contended, could never render a Jew an apostate. In addition, the Talmud relates how even some of the greatest Sages like Rabbi Meir and Rabbi Eliezer (see Avodah Zarah 18a) feigned apostasy in order to save their lives. Islam, he wrote, is not even considered to be an idolatrous religion.

However, even according to the more lenient position, for any pious Jew to recite the Muslim creed, particularly the part about Muhammad being a true prophet, can undoubtedly be a source of pain.

So when attorney Chaim Bleicher and his client Yisrael,* a pseudonym for one of the bachurim who was forced by a 19-year-old Palestinian named Ahmad Faroukh and his friend to recite the Muslim creed, meet me in the lobby of my hotel in Jerusalem, I am elated by the opportunity to hear their story.

At the Shiloach Spring
Chaim Bleicher self-identifies as Dati Leumi, while Yisrael is a soft-spoken chasidishe bachur. Yisrael shares his heartrending story:
“On Shabbos Parshas Vayechi my brother and I went to the Kosel in the early morning before netz and then went to toivel in the Shiloach. On our way down to the spring there were two Arabs standing in the street. One of them punched me in the head and cursed at us; then they both continued going upward. We continued down to the Shiloach, immersed ourselves, waited a few minutes until we thought they were far enough away and then started walking back to the Kosel.

“On a typical Shabbos over 100 people go down there to toivel. We just happened to go very early. On our way back up we saw the two Arabs sitting on a bench. They jumped up and blocked our path: one went behind us and the other stood in front of us. Then one of them grabbed one of my peiyos and one of my brother’s peiyos and started tying them together. It was almost like the picture of the two bachurim tied together by their peiyos in the Warsaw Ghetto. He asked what these hairs were, and I yelled that he shouldn’t tie them together because we wouldn’t be able to untie them until after Shabbos, so he stopped. I don’t think he stopped out of pity; I think it was just because I yelled.

“Then he asked us where we were from. We told him Yerushalayim. ‘Why did you come here?’ he wanted to know. ‘To immerse in the spring.’ Then he said, ‘Do you agree that Netanyahu is—’ And he said a word in Arabic that I didn’t understand. ‘I don’t speak Arabic and I don’t know what you want from us or what that means,’ I said. ‘Just say that that’s what Netanyahu is and that’s what the state is and that’s what the police are.’ In other words, he was telling us to curse them, but he wasn’t paying attention to whether I said it or not.
“Then he said that the police had arrested him a week ago and now he was going to kidnap us. He started to push us to the side as if to grab us. Then he said that Hamas was the best and had to be in charge of the country, and that we should repeat that after him. That he forced us to say. Then he started to punch us and kick us, and told us to repeat what he was going to say word by word. He said something in Arabic that I didn’t understand other than a few words. I now know that those are the words people say when they convert to Islam. It’s their testimony of belief.”

Bleicher: “His brother came to my office and repeated the few words that he remembered and I recognized it right away. I debated whether or not to tell him what it was, but then I did.”

“What did you do next?” I ask Yisrael. 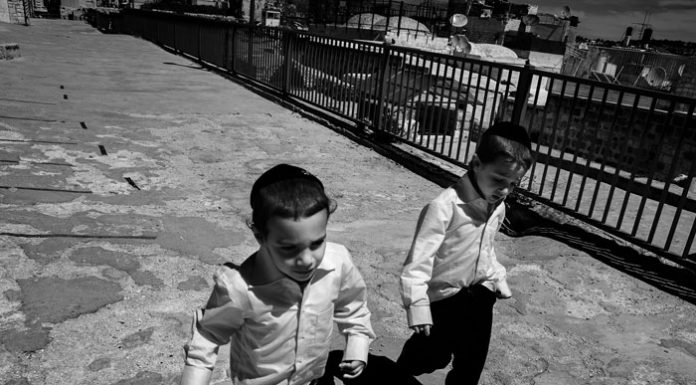