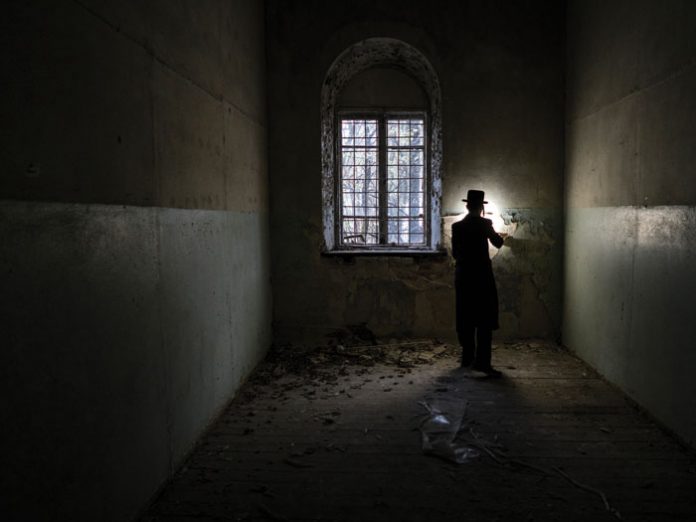 There is hardly a leader of a chasidic movement today who is not somehow connected to the Chernobyl dynasty. The Rebbes of Belz, Bobov, Satmar, Stolin and Vizhnitz are all descendants of the first Rebbe of Chernobyl, as was the last Lubavitcher Rebbetzin. Then there are the Rebbes whose surname is Twersky and are direct son-after-son descendants of Chernobyl and carry on its traditions, such as the Rebbes of Skver, Rachmastrivka and Chernobyl.

While almost every Jewish person has some interest in the Chernobyler rabbinical dynasty, what recently piqued my interest was a Haggadah Shel Pesach just published by Skver, a copy of which the renowned askan, right-hand man and confidante of the Skverer Rebbe, Reb Shulem Ber Fischel, sent me as a gift before Pesach. The Haggadah’s commentary is primarily based on discussions of the Skverer Rebbe, many of which contain fascinating nuggets about Chernobyl. So what better way to satisfy my newly rekindled curiosity than speaking with Rabbi Yitzchok Meyer Twersky, a world-class expert on this fascinating family?

Rabbi Twersky has dedicated the past three decades to researching all things Chernobyl, as well as locating and translating countless original documents that were previously unknown. Many of his findings have been published in various books and journals, including a book he coauthored with Rabbi Zishe Novoseller, whose English title is Grand Rabbis of the Chernobyl Dynasty.

However, Rabbi Twersky’s focus isn’t only on the past. He has also undertaken some exceedingly important research into the Chernobyl dynasty of today, including verifying who is a true member of the tribe and who isn’t. Since the family’s genealogy has been maintained for generations in meticulously kept records, and with tens of thousands of documented descendants throughout the world, Rabbi Twersky helped identify the Y-DNA genetic signature of the Twersky family.

According to family tradition, the name “Twersky” is a topographic surname derived from the holy city of Teveria, while the dynasty is named after the Ukrainian town of Chernobyl, where the first Rebbe of Chernobyl, Rav Menachem Nachum, served as maggid.
The Chernobyler Maggid was a leading talmid of the Baal Shem Tov, and later of the Baal Shem Tov’s chief disciple, the Maggid of Mezritch. His renowned sefer, Me’or Einayim, first published in Slavuta in 1798, after which he is frequently called, was one of the first sefarim based on chasidic thought, and it gained widespread acceptance as one of the major works of chasidus.

Rav Menachem Nachum had two sons and one daughter. His eldest son, Rav Moshe (b. circa 1750 – d. before 1792), while highly respected, did not found a rabbinical dynasty. Instead, many of his descendants served as gabbaim and sofrim for the descendants of his brother, Rav Menachem Nachum’s second son, Rav Mordechai (1770–1837), who took over his father’s position in Chernobyl.

Unlike his father, Rav Mordechai Twersky, or Rav Mottele Chernobyler as he was known, established a court of great opulence and magnificence. He had three daughters and eight sons, each of whom became a Rebbe in his father’s lifetime, establishing courts in the Ukrainian towns of Chernobyl, Korostichev [Korshev], Cherkasy, Makarov, Trisk, Tolna, Skvira and Rachmastrivka.

Members of the Twersky family pride themselves on having an “unblemished yichus,” since their forebears married only within their own family for almost 200 years. There have been over 140 Rebbes who bore the name Twersky between 1730 and the present, and there are many scions of the Chernobyl-Twersky dynasty alive today. Presently, nine of these Twersky Rebbes live in Eretz Yisrael, seven in the United States, two in England and one in Canada. Of course, here in New York the Skverer and Rachmastrivka Rebbes, both of whom are direct ben-achar-ben descendants of Chernobyl, have formidable followings and are respected throughout the wider Jewish community. 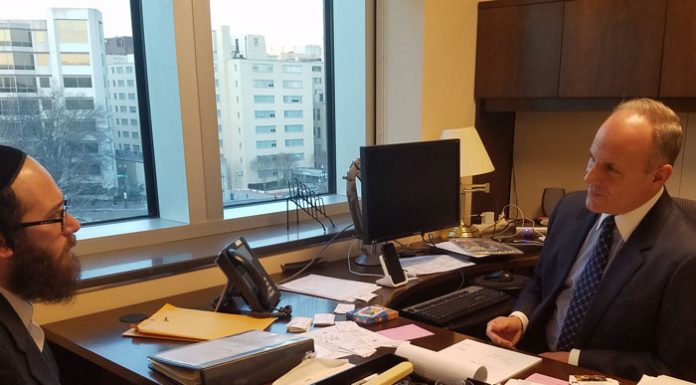 Clarity in the Blink of an Eye // He seemed like the perfect boy. What could go wrong?

The Forgotten Victims of the Death March // Thousands of Jews...

We are Never Alone // After a young couple suffers a...