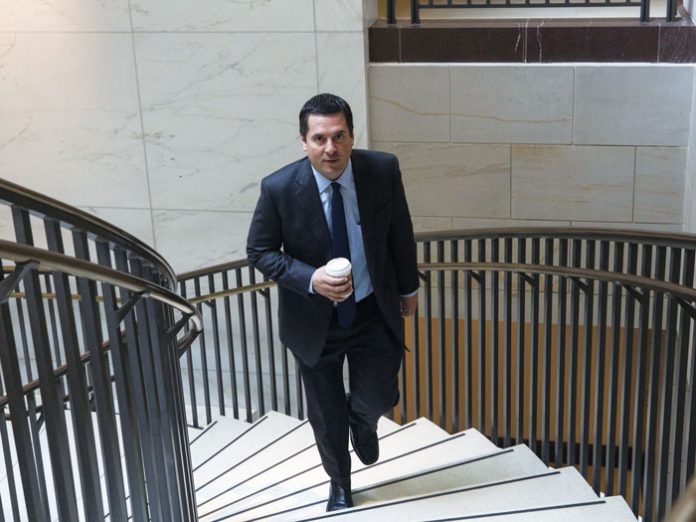 The first week of February 2018 was a tough time for the truth. The seeds of three big fibs were sown among the GOP—the Gullible Old People—who make up a slim majority of Trump’s “base” in the Republican Party. Ironically, the Arab translation for “the base” is “al qaeda” but Trump’s Gullibles are neither deplorables nor fanatics, just nice old folks who believe in the American way and do not believe that anyone in authority would ever lie to them about anything important. They are the kind of trusting souls who are likely to say things like “It must be true; I read it on the Internet.”

As a result, elderly Republicans are the most vulnerable targets of marketing scams, con men and clickbait peddlers. Clickbait is a false Internet headline intended to sucker, tease, enrage, bait or incite gullible people into clicking onto a particular website for a follow up. The con men absolutely know that the clickbait stories they are making up are false, but they get paid a penny or two for every pair of eyeballs they trick into looking at each website full of false stories but containing real ads for business products. So far, making up false stories to profit from clickbait advertising is not a crime, but it should be.

It should be noted that clickbait con men rarely write hoaxes for Democrats, just for Republican targets. There is an overwhelming consensus among con men that it just does not pay to write clickbait stories for Democrats as they are just not gullible enough to fall for obvious hoaxes. Only the elderly GOP will follow through and actually click over to a clickbait website.

The con men have freely admitted to the press that they would like to sell their clickbait hoaxes to both sides, but the Democrats just don’t buy them. I would like to say that means Democrats are more astute, but it could also mean that my fellow Democrats have more experience telling fibs and so can recognize them more easily. Trump’s base among Gullible Old People seem to fall for the same fibs every time.

When I say “fib,” I am talking about a real old-fashioned lie, spread with deliberate malice with the intent of injuring another. Of the three fibs that emerged last week, the American public only knows about one: the Nunes memo. Several weeks ago, Rechy Frankfurter, my editor, asked me to write about it. I refused on the grounds that we should not give space in this magazine to people like Nunes who fabricate facts for political propaganda.

I was wrong; I will apologize to Rechy. The Nunes hoax has gotten so much media attention that I should have shot it down in advance as a deliberate, malicious falsehood. The gist of the Nunes story is that a secret cabal of Democratic agents inside the FBI and Justice Department willfully concealed from the FISA court that authorized the surveillance against Trump campaign adviser Carter Page, that it was the Democrats who had paid for the anti-Trump research known as the Steele memo. This concealment of Democratic bias from the FISA judge meant, according to Nunes, that the entire application for a FISA surveillance warrant against the Trump campaign had to be dismissed. The Nunes theory is that concealment of any mention of political bias in the application meant that the entire Mueller investigation should also be dismissed as “fruit of the poisonous tree.”

So did the FBI application conceal from the judge that a political entity had paid for the research? It turns out Nunes never read the lengthy application for a FISA warrant before he condemned it. It turns out that Justice and the FBI really did disclose to the court that the Steele memo had been prepared for a “political entity.” Those were the actual words in the application that were shown to the FISA judge. There was no concealment of possible political bias from the FISA court.

Only two congressmen actually read the highly classified FISA application in its entirety. One was Trey Gowdy, Nunes’ Republican crony from the phony Benghazi hearings, but it seems even a loyalist like Gowdy could not go along with such an obvious hoax. Gowdy publicly stated that there was nothing in the FISA application that would support the removal of Mueller or anyone else. Several newspapers confirmed that the FISA judge had been explicitly warned that Steele’s research had been paid for by a “political entity.”

Will Camps Open This Summer? As lobbying continues, parents and ...