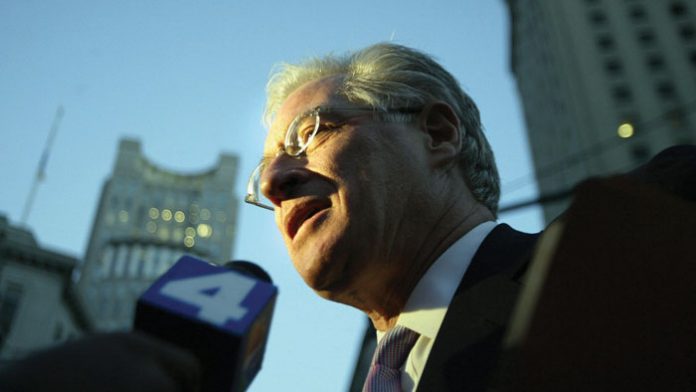 Over the years, Donald Trump has selected quite a handful of colorful attorneys for the role of personal counsel. Two of them still serve him.

In some popular works of fiction, the Mafia’s really dirty work is done by their lawyer, known as a consigliere. The reason is simple. The attorney-client privilege is so important to American justice that even criminals are permitted extreme confidentiality in their conversations, as long as one of the criminals has a law degree. So when a mafioso gives the order to have a businessman sign a certain contract, he calls his lawyer. It is the consigliere who finds a way to “convince”—or terrorize—the businessman into seeing things the Mafia way. In those famous words, the lawyer makes him an offer he cannot refuse.

Since Shakespeare’s time (“The first thing we do, let’s kill all the lawyers”), unscrupulous attorneys have given my profession a bad name and made us the punchline of some very funny jokes. My favorite: Why do pharmaceutical companies hire so many lawyers? Because there are some things that lab rats just won’t do.

Under most circumstances, American lawyers cannot be compelled to give evidence against their clients. Even if the lawyer wants to testify, he is barred from doing so unless his client consents. In my state of Florida, defense lawyers cannot even be forced to reveal their clients’ names. Crime does pay. It pays attorneys.

If Donald Trump does have secret contracts and hidden contacts with the Kremlin, then it is quite likely that any such Russian relationship would be buried beneath the attorney-client privilege. That is what rich, clever, corrupt people do. Maybe it’s just a coincidence, but Donald Trump has chosen personal counsel with a common characteristic: Each was a specialist in hiding Mr. Trump’s illegal activities behind a confusing cloud of counter-accusations that obscured evidence of his guilt.