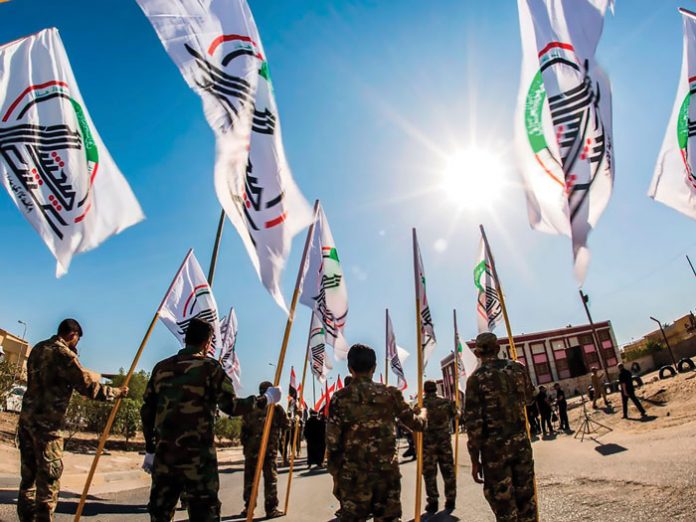 By now, everyone knows that Israel has been using the F-35—the American-made stealth fighter—to blow up Iranian missile bases inside Iraq. Unfortunately, American pilots were also flying their F-35 aircraft around Iraq at the same time. The irate Iraqi government ordered all American planes grounded until they could sort out whose F-35s were bombing the Iranian bases.

At first, the Americans played along with the Israeli denials, but then came a shocking reversal of policy: US military officials blew the whistle about the bombings. They told the Iraqis that the Israelis did it.

Since Israel has followed its regular pattern of not commenting on strikes that have been attributed to it, I seriously question why US military officials decided to open their big mouths and confirm that Israel was responsible. That is not how one treats a close ally. Israel was clearly aware of where American troops in Iraq were stationed. Therefore, there is no reason for the US military to be upset that American troops could have been harmed. Next time, US military officials, keep quiet!

Well, that is about as blunt as it gets. But unlike the White House, Twitter is not deemed to be a vehicle for official Israeli pronouncements. There has still been no official confirmation from Jerusalem that Israel was responsible for the attack, nor has there been any official comment about the Pentagon’s sudden shift of strategy in blaming Israel for the bombing. Sometimes it is better for Bibi to bite his tongue. He probably remembers that the last time Israel bombed Iraq, there were also problems with the White House.

Operation Babylon
In the spring of 1981, the Mossad office in Canada received an intriguing offer from a Jewish contractor living in New York. The contractor had done many large projects in the Middle East and claimed that he could get a complete set of Saddam Hussein’s nuclear reactor plans just by submitting a bid for construction. It worked.

In October 1981, the IDF pilots studied the blueprints for weak points in the concrete reactor shell. They knew exactly where to target their bombs and brought the building down. There was a reaction in Washington, all right, but it was not the one the Israelis were expecting. Vice President George H. W. Bush pounded President Reagan’s desk and demanded that he authorize the Pentagon to destroy the Israeli airbase that had attacked Baghdad. As I explained in The Secret War Against the Jews, Bush Sr. actually believed Saddam was his friend because Saddam had secretly promised him that he would sell most of Iraq’s future oil production to American companies. Some friend. As we shall see later on, Bush had a few other shady friends in the Middle East that President Reagan did not know about.

Brownie in a Bag