The developing courtship between totalitarian leftists and the left-leaning political establishment hit an impasse this past week, which was as predictable as President Biden’s commission to study the effects of reforming the Supreme Court was destined to futility.

While the full, comprehensive report isn’t due out for another couple of weeks, an early draft released by the commission revealed that the former swamp people contained therein can be as ineffectual at proposing reforms as the present-day political class is at implementing any. Imagine a bipartisan group of 36 individuals getting together, and at their first meeting they discover that all 36 of them are Joe Manchin and Lisa Murkowski. So, spoiler alert, altering SCOTUS is off the table and out of court. Expect no expansions, no term limits and no ethics rules. Zero court seats were harmed and zero people were shocked by the commission’s draft report.

Next month, once the full report has been concluded, it’ll find its way to the desk of the president, who isn’t expected to challenge their docile decision. Biden had already opined as much ahead of the commission’s formation, though he did wait until after the presidential election’s conclusion.

Ultimately, the right wing ought to be relieved that they can expect to preserve their 6-3 grip of the court into the foreseeable future, and I imagine the left wing is also somewhat pleased because they managed to fundraise many millions in the process of a process that was dustbin destined. Perhaps this is the unity that Biden pledged?

From the Corps’ Core:

My first [and so far, only] Oval Office interview with a sitting president of the United States took place in 2018, and although the six years of determined and unrelenting efforts to reach that point should’ve provided ample preparation time, in reality, I was only given a 40-minute advance notice. Paradoxically, windows of opportunity in Washington open at a pace that’s equal parts unhurried and equal parts instantaneous. No amount of preparation, neither six years nor 40 minutes, is enough for a job as taxing as a face-to-face interview with the leader of the most powerful country in the free world. And in Joe Biden’s case, his 50 years prep time in the political arena has proven nowhere near adequate, despite the fact that so long as Biden is in office, he never has to worry about meeting the leader of the most powerful country in the free world face-to-face, digression notwithstanding.

Now, when considering President Biden’s relationship with the press, one need not be fully fluent in wall-writing to decipher the bright, clear words as they keep appearing across various wall panels serving as a buffer between POTUS and his press corps. 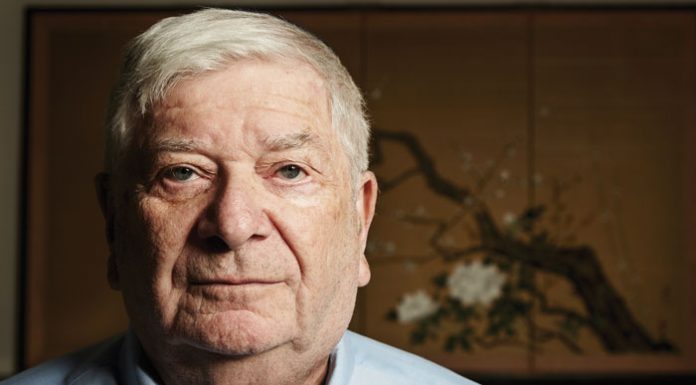 Remembering My Father / A Conversation with Rav Yitzchak ...