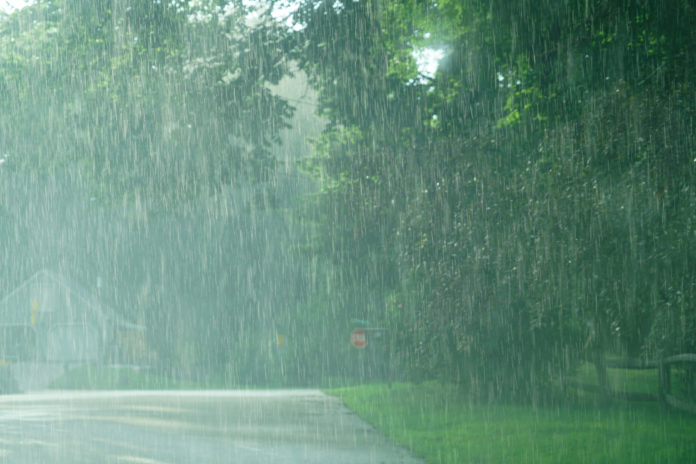 It was Elul in Lakewood, and in Rav Rosenblatt’s yeshivah the talmidim had assembled for a  shmuess. The rosh yeshivah spoke about the importance of making a kiddush Hashem at all times. Wherever his students went, their actions would leave an impact, whether or not they were aware of it.

“Let me tell you a story,” Rav Rosenblatt said. “Last Shabbos, my son and his friend were walking to a kiddush quite a distance from where they lived. Then suddenly it began to rain. The skies opened and the boys were caught in the downpour. They were out in the open, with nowhere to take shelter. They would soon be soaked to the skin.

“A second later, a passing car slowed to a crawl and pulled up right behind them. Two Hispanic men jumped out. Wet and shivering, the boys didn’t know whether they were being offered a ride or they should be nervous. Then one of the men opened the trunk and pulled out a pair of plastic rain ponchos.

“‘We work in Out to Lunch,’ he explained, ‘and they treat us very well. We love you Jewish guys, and we just want to give something back.’ He handed them the ponchos, got back in the car, and drove away.

“Think of the kiddush Hashem that someone, somewhere must have made,” the rosh yeshivah said. “It was obvious that the two men sincerely liked their employers, who treated them with respect. Otherwise, they wouldn’t have helped out two Jewish strangers.”

From Lithuania to Bnei Brak: Coming Full Circle at Ponevezh

The House on 14th Avenue // Not just a physical structure,...