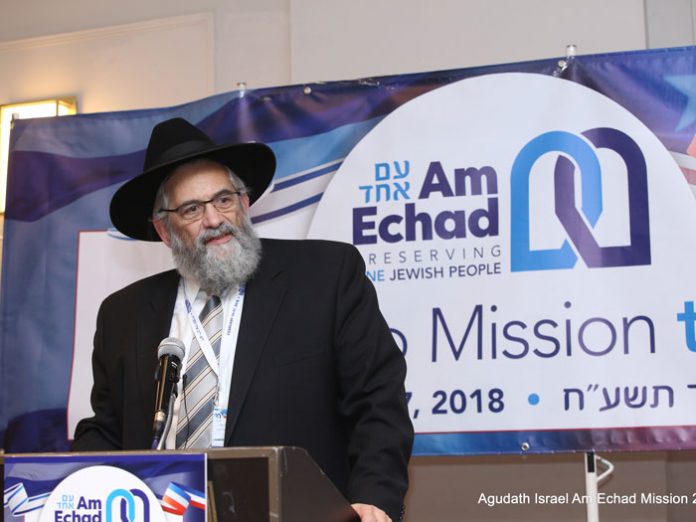 The recent Am Echad two-day mission to Eretz Yisrael that took place in Jerusalem on February 26-27 was coordinated by Agudath Israel of America. It consisted of a broad coalition of rabbinic and Jewish lay leaders. Our goal was to dispel the myth that American Jewry is represented by the Reform and Conservative movements, and to bring a few important points to the Israeli government’s attention.

As you’re well aware, the Reform, Conservative and Federation communities have been coming to Israel for quite a while now, purporting to speak for the entire American Jewish community. The big issue they’ve brought up is the Kosel. The other issues that come out of it are probably even more important: conversion, marriage, divorce, kashrus, Shabbos, etc.

The main issue that everyone seemed to focus on was the Kosel. An agreement of some sort was made, the government backed out of it at a certain point—or froze the agreement, to use a better term—and right now it seems to be in a holding pattern, although there’s some construction going on.

The first thing is to be recognized that we exist, we’re here and it’s appropriate to give us a seat at the table. And it’s not appropriate for them to be seeking out the opinion of the Jewish community without speaking to the Orthodox community as well. When we talk about the Orthodox community, we’re a broad group here, from Mizrachi to chareidi and everything in between. That was the first message.

The second message was that if you want to determine which part of the Jewish community on a grassroots level is more involved, caring, concerned and connected to Israel, it will again be the Orthodox community. That’s because we send our children here, we come regularly, our families are here, we make aliyah, we’re coming to the Kosel, we’re the ones who are there every Yom Tov, we’re the ones for whom it’s an important part of our daily davening, and we’re the ones who are more and more becoming the advocates for Israel in the halls of Congress. Today if you go to AIPAC it’s packed with yarmulkes; it’s not like it used to be. That’s one entire segment of it.

Another interesting thing is the demographics. We’re looking at their community as shrinking and ours as growing based on the Pew Research Center and other studies. There will be an intersection point, and it’s not that far away. The day when we will be of equal number and then of greater number is coming. It has to do with birthrates and intermarriage, etc.

The last point, which I think was new to many of the people we were speaking with, was the financial commitment of the Orthodox community to Israel. We broke down the financial commitment into three basic categories, and the point here wasn’t to say whether we give more or less money; the point was to show that we’re committed to Israel and one of the ways it shows is through our financial commitment to Israel and to the economy of Israel. This involves, first and foremost, support of our children. We are supporting children who are in seminary, yeshivos, kollelim, families, single children. There is tuition, airfare, ancillary expenses, and living expenses that the American community is paying into the Israeli economy. If a child is renting an apartment or buying food, that’s money that’s coming from the parents. A secondary point to that is consumerism. About three-quarters of food exports to America are targeted to and consumed by the Orthodox community. That’s in the area of general support and purchase. We visit regularly, which means airfare, hotels, Yom Tov outlays, etc. We worked out all of these numbers and presented them.
Another part is charity. In 2013 we had estimates of $250 million over a two- to three-year period. Today the estimate is more like $500 million just for 2017. Mir Yeshiva received $12 million in one night at their dinner. The amount of charity that’s going to yeshivos, kollelim, hospitals, chesed organizations and other charitable causes is mind-boggling.
The last area is investment. Today the Orthodox community is significantly out in front in real estate development. There are Orthodox equity funds and venture capital companies, and we produced a list of startup companies that were funded by the Orthodox. The amount of business money in Israel, which we can’t even put a number on, is amazing. We’re using these points to show how committed we are to Eretz Yisrael. 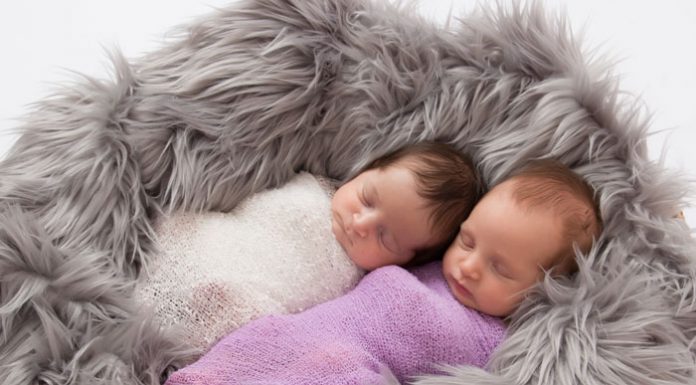 Reunited with Their Rescuer