New York recently joined New Jersey and 14 other states (and DC­—and Canada and Mexico) in legalizing recreational marijuana. The issue is fraught and, like all things these days, contentious. There is much said about making the cannabis plant, and its main psychoactive component tetrahydrocannabinol (THC), suddenly, readily available.
The downsides of legalization are obvious and many.
First and foremost, society needs another legal way to become addled like a fish needs a pair of sneakers. We already have alcohol, prescription drugs and lack of sufficient sleep.
While proponents of pot legalization argue that THC is safer than alcohol and might replace it as an escape-seekers’ intoxicant of choice, it is more likely to end up as just an addition to their pharmacopoeias.
Nor does more widespread befuddlement bode well for highway safety.
Marijuana, however, is not physically addictive, at least as the word is used regarding opioids, cigarettes and the like. No physiological dependency is created by THC, and no withdrawal symptoms manifest when its use is discontinued. But psychological addiction—the “getting used to” a perceived-as-pleasurable behavior—exists in the case of pot no less than it does with potato chips or sugary soft drinks (both of which, consumed regularly, carry health risks of their own).
And, while it is virtually impossible to fatally overdose on marijuana, heavy users have been shown to exhibit long-term cognitive decline—there’s a reason, after all, why the word “pothead” exists.
What’s more, cannabis use, especially in people suffering from certain mental illnesses, can trigger psychosis. That is what the defense claimed in the case of the Malian immigrant to France who brutally murdered Sarah Attal-Halimi, a 65-year-old retired Jewish physician and mother of three—as he shouted Islamic slogans and anti-Jewish slurs. Unbalanced, violence-prone, pot-smoking anti-Semites also make the sneakers-for-fish list of unnecessaries.
Studies of crime and vehicular accidents in the wake of marijuana legalization provide uneven and sometimes contradictory results. And teasing out which, if any, increases, where they do exist, are attributable to legalization is almost impossible.
But it’s important for anyone who may have witnessed marijuana use in the 1960s or ’70s to realize that the amount of THC in the current strains of the plant is substantially greater. Back then, most marijuana contained less than 2% THC. Today, marijuana routinely contains 20-25%. That’s like going from a glass of Bud Light to a couple shots of zeks un naintziker.
And then there are “edibles”—marijuana-laced candies and baked goods —which take longer to have an impact and thus can lead people to consume more THC (while waiting for its effects) than they intended to.
Proponents of legalization, though, note that while some 88,000 premature deaths per year in the United States are estimated to be related to alcohol consumption, there is no known single death exclusively attributable to marijuana use.
They also point out that legalization removes a category of drug crime, reducing arrests, prosecutions and imprisonments. And then there are the projected tax revenues, which have been substantial in states that have gone the legalization route. While that benefit has no bearing on health concerns, it could arguably translate into more and better social services that could benefit society. And, as noted above, some see legal pot as potentially replacing long legal and more harmful alcohol.
Not terribly convincing arguments.
Still and all, I think there might be an upside of sorts for our community in marijuana’s legalization. Because our concerns might bring us to more squarely focus on the fact that there are those among us, especially among young people, who already abuse truly dangerous drugs like alcohol, using them not in moderation and infrequently but as an ongoing way to numb themselves to their lives’ realities.
And to set ourselves to addressing in earnest the underlying reasons for why they feel the need to do so. l 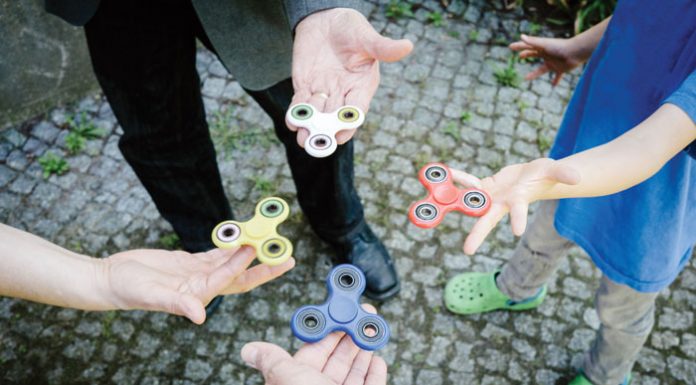 A Tragic Plane Crash // Three bachurim were killed in...