The recent questions about New York Governor Andrew Cuomo’s handling of the coronavirus pandemic—and his apparent cover-up of how he handled it—are creating a massive political scandal that may likely take down the once-ascendant media darling governor. But the concerns about whether nursing home residents died unnecessarily from COVID has also brought undo criticism against nursing home proprietors.

Some trial attorneys have argued—as they recently did in a Closer Look column—that Cuomo’s political ties to nursing home operators may have led to inadequate oversight. As a result, they have decried New York State’s allowance of for-profit nursing homes, which many states don’t allow. Why, they have asked, are hospitals not allowed to be for-profit while nursing homes are allowed to be?

Those arguments have led to a stream of new legislation being introduced in the New York State Senate that would increase oversight and regulations on nursing homes in various ways.

Many nursing home operators contend that the blame that has been aimed at them is baseless and is motivated by animus, particularly because a majority of them are Orthodox Jews.

I spoke with nursing home magnate Ben Landa to obtain a better understanding of the controversy.

There’s a lot of discussion in the media these days about nursing homes.
Indeed there is. Two weeks ago you had a quote in your magazine from attorney Richard Mollot saying how terrible for-profit, proprietary nursing homes are. His accusation is false. Ultimately, there is no correlation between deaths and whether a nursing home is for-profit or not-for-profit. In fact, some of the worst outcomes in New York State were in not-for-profit facilities. The statistics from the State Health Department show that the not-for-profits and their facilities had an average death rate of 14% while we had around 9%. When I listen to Richard Mollot, it makes me think about what Goebbels, yimach shemo, said: “If you tell a lie often enough, people start to believe it.” His whole thing is to be anti-proprietary.

As they say, facts are stubborn things.
Numbers don’t lie, and I now have the numbers to refute his allegations. Nursing homes provide custodial care. They weren’t prepared to deal with the patients who were forced upon them while critically ill with this contagious disease, when part of the care given at a nursing home includes bathing and feeding them. The staff developed COVID and gave it to the patients, and it spread like wildfire. Even the governor admitted that having patients with COVID in nursing homes was like lighting a match in a forest. Now, all of a sudden they’re blaming us?
Maybe I’m wrong and there are some bad apples out there, but as a group, none of us did anything intentionally that would put patients’ lives in danger. There will always be such a thing as human error, but we never did things like cut staff or refuse to pay hazard pay.
Thank G-d, my buildings handled
COVID better than the general industry. Maybe it was mazel, but that’s the fact. 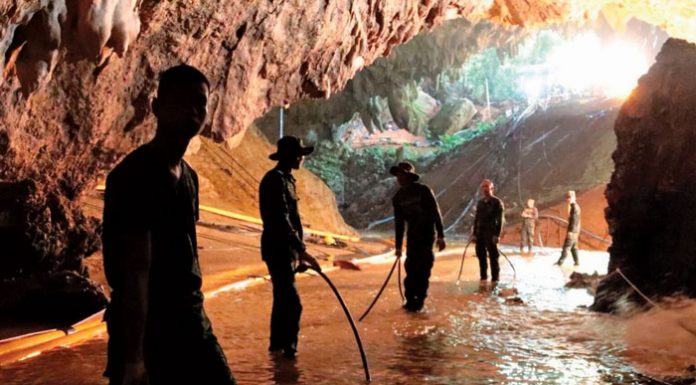 Leading the Fight // Dr. Ned Sharpless, Director of the National...