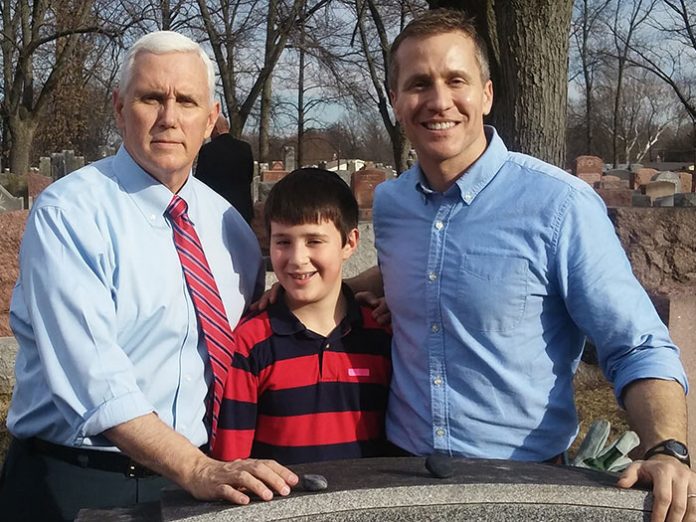 Don’t ask me how I ended up leading a prayer service with Vice President Mike Pence and Missouri Governor Eric Greitens.

So there I was early Monday afternoon, minding my own business in the backyard, playing with my kids who were home from school due to parent-teacher conferences, when we noticed a number of helicopters circling in the sky and hovering near our house. We didn’t hear any sirens or notice any strange goings-on, so my boys and I were left mystified as to the reason for all the activity up in the sky. Later that afternoon, on our way to Minchah, my son noticed a message board in front of a church, which stated in bold black letters: “WE STAND WITH OUR JEWISH NEIGHBORS AGAINST HATE.” That certainly caught my attention. I felt like a character thrust into a real-life mystery novel. When I arrived at shul it all began to come together. Unbeknownst to me, the night before, some 180 matzeivos had been desecrated, toppled over as if they were bowling pins, in the Chesed Shel Emeth Society Cemetery, St. Louis’ oldest Jewish, and still shomer Shabbos, cemetery.

Scores of gravesites of holy Yidden had been desecrated in a despicable way. Many of the niftarim were Holocaust survivors who had arrived in St. Louis after the war to start anew. They’d run from hatred in their lives, only to have it catch up with them in their deaths.
Anti-Semitism had reared its ugly head in my backyard. I live a mere four blocks from the cemetery. I would later learn that only a month before, the local Jewish Community Center had received an anonymous bomb threat as well. These events are just another stark reminder that no matter how welcome we feel in America—the “medinah shel chesed,” as it was lovingly referred to by many of our ancestors—there still remains an element of society that doesn’t want us here.

All we could do was remind ourselves that “Kol mah d’avid Rachmana l’tav avid,” everything that Hashem does is for the good. Then on Wednesday I received an email from my shul, informing me that the St. Louis community had arranged a day of solidarity. The event was being co-sponsored by members of the clergy from across the spectrum, from Muslim imams to Roman Catholic priests, and of course, our local (and vocal) liberal “rabbis,” who all too often have social justice on the forefront of their minds in a way that misrepresents the authentic Torah perspective. The email went on to state that it was imperative for every member of the frum community to make his or her presence felt; it would be a bizayon if everyone else showed up to facilitate the cleanup of a shomer Shabbos cemetery and we stayed home. The gathering at the cemetery was called for 3:00 p.m., and the notice urged the volunteers to bring along rakes, shovels, garbage bags and the like.

This matter spoke to my heart, so I arranged time in my day to be able to participate. After all, it’s not every day that I would have an opportunity to perform chesed shel emes at the Chesed Shel Emeth Cemetery!

I arrived at around 2:30. The first thing I noticed was a security booth at the entrance to the cemetery on Olive Boulevard, but not being interested in answering a lot of questions, I went around the corner and slipped in through a small, unmanned entrance on Hanley Road. I wanted to see the damage for myself, which I’d heard was in the southeast corner of the beis olam. The 23-acre cemetery holds over 20,000 niftarim, including many people of note, such as St. Louis’ first chief rabbi, Rav Zecharia Yosef Rosenfeld, zt”l, and a later chief rabbi, Rav Chaim Fishel Epstein, zt”l, who had learned in Volozhin under the Netziv and whose semichah was signed not only by the Netziv but by Rav Chaim Brisker, zt”l, as well. Our local day school, the H.F. Epstein Hebrew Academy, where I used to teach, is named after Rav Chaim Fishel. 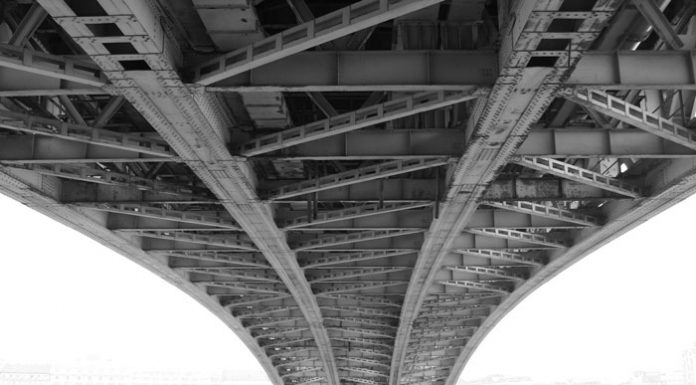