When I spoke to Dr. Chaya Ostrower of Tel Aviv, author of It Kept Us Alive: Humor in the Holocaust, she stated categorically that “this research should not be construed as laughing at the Holocaust. There is nothing funny about it. That would be vulgar and offensive.”

What she did discover while interviewing over 50 survivors is that humor sometimes helped them to cope with the pain, fear, hunger, beatings and degradation. It was a defense mechanism for survival.

Humor of Humiliation
One common strategy was to poke fun at the adversary. This type of humor—also known as humor of disparagement—nullifies the oppressor.

The Nazi Party was bent on going through with the program of Aryanization at a rapid pace, but the Nazi minister of economics, Dr. Hjalmar Schacht, pleaded caution. “The Jews are excellent businessmen, and the Reich still needs them,” he maintained. In order to prove his point, he took Hitler on a brief shopping tour.
They stopped at a store run by an Aryan and asked for a teacup for a left-handed person. The proprietor said that he didn’t have any. Hitler and Dr. Schacht went to another Aryan store and received the same reply.
|
The Führer and Dr. Schacht then entered a Jewish store and repeated their request. The Jew went to the back of the store and returned a few minutes later.

“I have only one such cup left,” said the Jew, “and it will cost 50 percent more than an ordinary one.”

The two Nazis told the proprietor that they would return a little later. Upon emerging from the store, Dr. Schacht said, “What did I tell you? The Jew is a cleverer businessman than his Aryan competitor.”

“Cleverer, nothing,” bellowed the Führer. “The Jew was just lucky enough to have a cup for a left-handed person.”

While there is of course nothing humorous about the devastation wrought by Hitler and the Nazis, one of the ways Jews raised their spirits was to make fun of the Führer, as in the following joke:

Hitler related his ire to a confidant who felt that something should be done about a certain Jew, Robert Freimann, who was making jokes about him. In order to put a stop to this business, Hitler sent for him.

Hitler repeated a joke to Freimann, who admitted that he was the author. Hitler then repeated two other, even more biting jokes, and Freimann again took responsibility. The Führer became enraged. Rising from his seat, he shouted, “How dare you be so impudent? Don’t you know that I am the dictator of millions of Germans?”

“For this joke,” replied Freimann, “I am not responsible.” 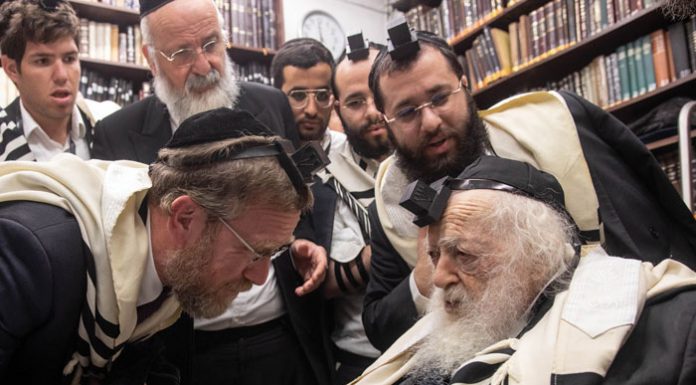