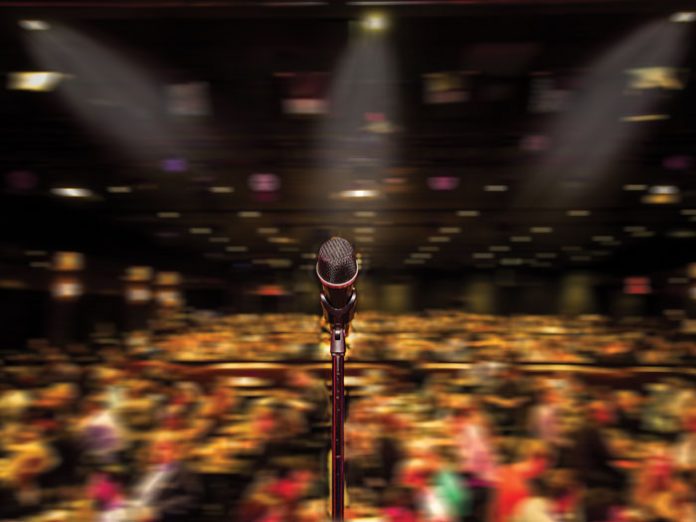 “Do you know what our problem is, ladies? We are always trying to lose weight. We won’t be satisfied until we are back to our original weight…3.6 kilo.”

Henya Shochat delivers her punchline—one of many in a long series of jokes—and has the crowd of chareidi businesswomen laughing hysterically. In recent months, she has been touring Israel with Yaffa Barkahn, performing stand-up comedy in front of audiences made up of chareidi women. Her show is called “Be Happy for Me.” Henya takes pleasure in her unique description—“female chareidi stand-up comic.” Yaffa provides the show’s musical accompaniment.

In a profession where you have to pour out your kishkes on stage to get a laugh, it’s hard to find a frum person who is comfortable discussing his or her personal life in front of a crowd of strangers.

But Henya Shochat does it. She regales her female-only audiences with stories of what’s going on in her house: quarrels with her husband, arguments with her children and the interference of her mother-in-law. In short, it’s everything that successful comedians do to get their audiences to laugh, though getting her crowd to laugh is a bit more difficult.

“Stand-up humor is not something very familiar to our community. I notice that before I begin my show, the women are sitting in their seats, practically frozen. My audiences aren’t comfortable with laughter as a source of relief; it’s not something they allow themselves to experience. But as my act progresses, the women begin to let themselves laugh—quite heartily, in fact.

“Once, after the show, a couple of women approached me and said, ‘We laughed so hard, it hurt!’ I looked at them, smiled, and said, ‘Really? I didn’t hear you!’ They explained that they wouldn’t actually laugh out loud but that they smiled a lot and enjoyed themselves.”
When Henya appears before audiences that are secular or more modern, it’s a completely different story. “They come to the show ready to laugh and have a good time.”

Being a stand-up comedian is not for the fainthearted. I ask Henya if she gets nervous before she goes on stage.

“There are times when I’m nervous before I begin the show, but not always; it really depends on the audience. If an audience is frum or not frum can make a huge difference in the reaction I get. “If you’re delivering a joke and the audience greets you with blank faces, you feel like you want to die right there and then, but the more you do it and the more experience you have the less afraid of it you become. You get to the point where you realize that if they didn’t laugh at this joke it’s okay, because they’ll laugh at the next one. Sometimes I laugh at the audience and make a joke at their expense. I’ll say something like, ‘I see that you didn’t laugh at that joke; you must all be American.’ This past week I was in Ashdod and the audience was very unique. Half of the audience were Moroccan women who laughed and clapped and were very warm all night, while the other half were chasidish women who were not very involved in the beginning. Instead of feeling bad about it I decided to laugh about it, and then they laughed as well. I used the uncomfortable situation to my advantage. I was once invited to a very upscale event place in a very luxurious home. I didn’t know how to start. I was intimidated by the fancy women. I decided to start off by speaking about that. I said, “Listen, I was invited to this place, but I thought to myself, ‘How can I, little Henya, make you, the very fancy women, laugh.’ Then I thought to myself, ‘Henya, chill. In every fancy classy woman there is a funny little woman inside.’” That broke the ice. Once I started speaking about the elephant in the room it made everyone much more comfortable.

Stand-up comedy isn’t like other forms of entertainment, because I can speak about something that happened to you this morning and you’ll laugh because you understand the context of what happened, but the person sitting next to you might not understand it at all because she can’t relate to it. That’s why stand-up comedy has to be very precise. When you’re frum that’s even more important. For example, I can speak about being half-Ashkenazi and half-Sefardi and if I’m speaking to a crowd from Bnei Brak or Yerushalayim they can understand the nuances that make it amusing. However, if I were to speak about that in front of even a dati-leumi crowd they wouldn’t get it because they wouldn’t understand what the big deal is to grow up with such a background. That’s one of the things that can make me nervous, because you want to be precise and make sure that you can touch the hearts of your audience so that you can get them to laugh and sometimes also to cry.

I ask Henya if she lives her life with humor or its just something she does as a job.
“I live with it. You must live with it, because you bring your life and your viewpoint to the stage. I see humor in everything even when I’m folding laundry. The clothes speak to me. The way the terry robe comes out of the washing machine tells me a story—I see things very differently from the way other people see them. 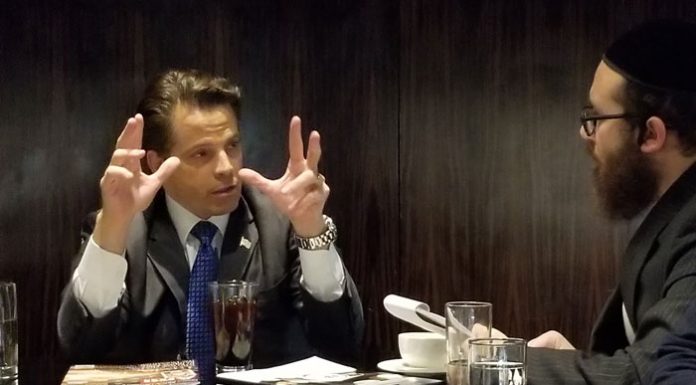