Arecent report from Israeli archaeologists should be of great interest to all of us. Excavations at Timna, just north of Eilat, have revealed a hoard of textiles, including some dyed purple, from the era of Kings Dovid and Shlomo, almost 3,000 years ago. No, Timna was not part of the Jewish kingdom at that time, but this is very much a story of significance for the history of Bnei Yisrael in the time of the Tanach. In fact, we will see that it is even connected to our understanding of the building of the Beis Hamikdash.

Excavations have been going on for years at ancient Timna, where copper has been mined from virtually the earliest biblical times until the 1980s. When I first visited Israel in 1963, we were taken to see some of the rock formations there, called Solomon’s Pillars, and were told, somewhat incorrectly, that Shlomo Hamelech had mined copper from these rocks. It was only soon after, in 1964, that archaeological excavations began. These excavations revealed that copper had been mined and smelted there during the period of Egyptian domination of Canaan, prior to the conquest of Eretz Yisrael by the tribes of Bnei Yisrael. The Egyptians even built a temple to one of their gods. But by the time the empire of Kings Dovid and Shlomo (the United Monarchy) was coming into being, the site was dominated by Edomites. This is clear from the name Timna, which appears in the list of Edomite clans in Bereishis (36:40; cf. 36:22). So by the time Shlomo Hamelech built the Beis Hamikdash, the mines were already being operated by Edomites in an area directly south of his kingdom.

Although excavations have gone on for years, there was a break, and a new team began excavating regularly in 2013 under Israeli archaeologist Erez Ben-Yosef of Tel Aviv University. All kinds of advances in understanding the site have occurred, and now, in excavating an area that was a large camp for metalworkers, a large number of textiles have been discovered, including beautiful examples of ancient royal purple.

There are two kinds of ancient purple: One is usually referred to as true purple and is derived from murex shells, some of which are of the same varieties that yield techeiles, the blue dye on the tzitzis, often described as the color azure. Alongside this dye, various kinds of vegetable dyes also provided a lower quality of purple. But we are talking here about the real thing—what is known in Tanach as argaman, a prominent feature of the Mishkan, the Beis Hamikdash, and royal clothing. We will soon read the description of Mordechai emerging wearing Achashveirosh’s clothing, including both the royal blue and purple, as the city of Shushan rejoiced at the deliverance of the Jewish people (Esther 8:15). It’s no coincidence that this is one of the verses that everyone reads out loud!

While the announcement was made just recently, the discovery of the textiles was made several years ago, and detailed scientific analysis of the purple dye has been going on ever since. In a recently published scientific article, the interdisciplinary team, including representatives of Tel Aviv University, Bar-Ilan University, and the Israel Antiquities Authority (IAA), released a full technical report on the dye. The chemical analysis employed in determining the exact composition and origin of the purple dye involves highly sophisticated processes that are described in detail in their scientific paper. Further, carbon-14 dating has confirmed a date of approximately 1,000 BCE for the cloth. IAA’s textile expert, Dr. Naama Sukenik, has confirmed that this is the first true purple dyed textile from the time of Kings Dovid and Shlomo ever found in Israel or the surrounding region.

Evidence of purple dye derived from mollusks had been previously found in industrial waste, proving that the industry of purple dye extraction existed, but this is the first time that actual cloth has been found. The existence of such fancy textiles at a site of copper mining and smelting is surely the result of the fact that the ancient metalworkers and those who supervised them were part of the upper levels of ancient Edomite society. Happily for us, the textiles were preserved because of the especially dry desert climate, a phenomenon that ensured that textiles were also preserved at Masada and in the Judean Desert caves. The excavators could not help but notice the beautiful color as they cleared away the rubble in what had been the residence area for these workers. In addition, the site has also yielded ropes, basketry and other things that are usually destroyed by the ravages of time. 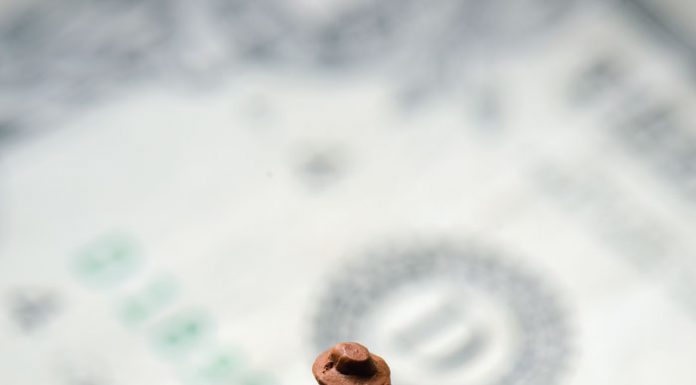