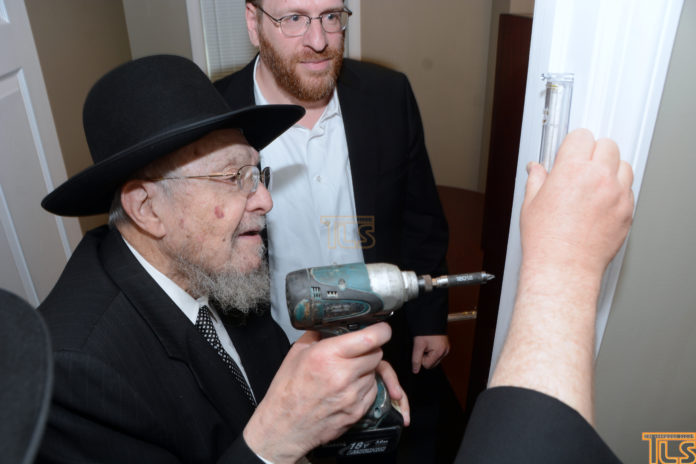 I could really go on and use more adjectives to describe the relationship I had with the great and humble “Reb Dovid,” as Rav Dovid Feinstein, zt”l, was known to those in his orbit. “Those” included hundreds if not thousands of people, and it wouldn’t be an exaggeration to say that each one would use the same adjectives and more to express his feelings of loss when our beloved rebbe went to his reward in Olam Ha’emes just a few weeks ago. I am quite certain that there are many who were “closer” than I to this outwardly simple and unassuming gaon and tzaddik, but I am putting my thoughts to paper to share my own humble perspective and perhaps provide another dimension that will inspire others just as I was.

When I first came to MTJ (Mesivta Tiferes Yerushalayim) post-high school, the warmth emanating from the Rosh Yeshivah, Rav Moshe Feinstein, zt”l, was felt in the very hallways. Rav Moshe’s shining countenance and the force of his kedushah enveloped you in a desire to be better and live up to the name of a talmid in the yeshivah. Being placed in Reb Dovid’s shiur was a daily lesson in quiet, clear Torah learning and thinking. I would be hard-pressed to recall specific shiurim, but I do remember the inclusiveness and concern for each talmid that has accompanied me for close to 60 years.

Reb Dovid invited us to his home for Purim. It was the very first time I had ever been to a rebbe’s house, let alone for a spirited seudah with much singing and simchah. The normalcy, for lack of a better word, that I experienced at those Purim and Simchas Torah gatherings, both at Reb Dovid’s home and by his great father, left an indelible impression on me. I would think to myself, I can relate to this. I can plug into this. I can be better than I am because I see how greatness is normal, healthy and inspiring.

As the years went by and I continued my relationship with the yeshivah and Reb Dovid, I had many opportunities to attend Reb Dovid’s Friday morning Chumash classes on the parshah. As I was a rebbe in the mesivta of Elizabeth, New Jersey, it was mostly during the summer months. But at least once a year, Reb Michel Bomrind, another rebbe at the yeshivah, and I would bring our senior classes to MTJ on a Friday morning to be inspired by the Rosh Yeshivah’s shiur. Reb Dovid would invariably include a baseball metaphor to explain his pshat on a pasuk in the sedrah. These shiurim were seemingly simple, but in reality were suffused with deep and penetrating insights. As Rav Baruch Simon, a talmid chacham in his own right and the mechaber of the insightful Imrei Baruch sefarim put it, “Reb Dovid is like a Tanna. He goes back to the text and reworks it to clarify the pshat in an original way that provides insight heretofore not realized.” At the end of the shiur Reb Dovid would greet each student and wish him hatzlachah and a good Shabbos. The young men cherished these warm wishes and brachos.

I knew, of course, that the Rosh Yeshivah was a very well-versed talmid chacham. So did everyone else. But the depth and breadth of the knowledge that was at his fingertips isn’t something one can readily grasp. All I knew was that he seemed to know everything. Then one day I began to comprehend the enormous scope of his wisdom. On Shabbos afternoons, before Maariv, I learn Masechta Shabbos with a group of wonderful balebatim at our shul, the Young Israel Beth El of Borough Park. One week, as I was preparing my shiur, I came across a Maharsha that I had difficulty understanding. No matter how I applied myself, I seemed incapable of fathoming what the Maharsha had in mind. As I was going to attend the Rosh Yeshivah’s Chumash class that Friday, I decided to ask my rebbe to clarify it. I wasn’t quite sure how to approach it, as I didn’t know if the Rosh Yeshivah was “holding” in that masechta or that sugya. So after the shiur I went over to Reb Dovid and asked if I might enlist his help in clarifying the Maharsha. The Rosh Yeshivah asked which daf I was teaching. After I told him the sugya, I mentioned the heading of what the Maharsha was writing about and the Rosh Yeshivah said, “Oh, that one.” He then proceeded to tell it to me almost be’al peh and explained the entire Maharsha! I was speechless. The clarity that had escaped me was at the fingertips of the Rosh Yeshivah.

But I must say that the Rosh Yeshivah’s knowledge of kol haTorah kulah isn’t what endeared Reb Dovid to all who knew him. It was his pure menschlichkeit and darchei noam that drew us to him.

Reb Dovid, who was a master of the terse verse and very insightful, had the gift of getting to the quick of any situation. I recall the time in October 2003 when I received a call from Reb Dovid. Now, there were many times that I called the Rosh Yeshivah, but it was very unusual to receive a call directly from him. After exchanging pleasantries the Rosh Yeshivah said to me matter-of-factly, “You are being honored at this year’s annual dinner with the Distinguished Rabbinic Award.” Full disclosure: I was ecstatic that I was being honored. I enjoy a little bit of kavod just as much as the next guy, but of course I couldn’t let on. So I did what I assumed was expected of me and said (with tongue in cheek), “Rebbe, I don’t really need the kavod.” Reb Dovid, who knew me like a book, replied in all earnestness and with a disarming directness that was both bold and refreshing, “Don’t worry, it’s not for your honor. The balebatim of your shul will come and donate money to the yeshivah. That’s why you’re being honored.” I mamash enjoyed the mussar and it helped me put things into the proper perspective.

Reb Dovid not only advised me on many issues both personal and relating to the balebatim of our shul, but also made himself readily available to my children. After giving chizzuk to my youngest daughter as she struggled with finding her bashert (and his brachah bore peiros), the Rosh Yeshivah eagerly met with the new couple, attended their chasunah and gave them a blessing. But it didn’t end there. After years of struggling with infertility, they came in from Eretz Yisrael to meet with the Rosh Yeshivah. The physical and emotional strain of infertility treatments, aside from the enormous expense involved, needed the chizzuk of the gadol they so respected. The Rosh Yeshivah, in his very straightforward manner, explained that while they weren’t halachically required to continue treatment, “On the day you hold that baby in your arms it will have all been worth it.”

In Parshas Vayeira, the parshah of the week in which the Rosh Yeshivah was niftar, the Ramban tells us that laughing out loud is a sign of simchah. Almost a year after the couple came to see him, I called the Rosh Yeshivah from the maternity ward of Shaare Zedek Hospital in Jerusalem to tell him that my daughter had just given birth to a baby girl. He laughed out loud for a while and then exclaimed, “I knew it! I knew it!” Then he spoke to the new mother and gave her a hearty brachah.

I could feel the Rosh Yeshivah’s joy when he was told the good news. It wasn’t just another mazal tov; this was personal. And so it was with all his talmidim.

It seems that there was once a town in Europe where the rav prepared young men for semichah so they could be morei horaah and render halachic decisions with accuracy. There was one particular avreich who was very bright, and with due diligence completed the course of study and passed all the bechinos with flying colors. A short time after semichah was conferred upon him he was appointed rav in a town not far away from his rebbe. The new rav was quite learned but was very reluctant to rule by himself on actual questions of kashrus. He voiced his concerns to his rebbe and was assured that he shouldn’t be timid in rendering decisions. Nevertheless, his rebbe told him that if he ever felt unsure about something he could bring the shailah to him, as it was only a short ride away.

For the next few months, the talmid would show up every week with the shailos that had been brought to him. Each time the rebbe would ask him how he would pasken, and he always got it right. The rebbe then told him that he didn’t want his talmid to come back to him for at least six months, as it was clear that he knew what he was doing.

The six months passed, and sure enough the talmid showed up at his rebbe’s door. “What have you been doing for the past six months?” the rebbe asked him. “Well,” the talmid replied, “it states in Parshas Mishpatim that when meat is treifah, ‘lakelev tashlichun oso’ [you should throw it to a dog]. So I figured that if I had a shailah, that’s what I would do. If the dog ate it, it meant that it was treif. If he didn’t, well, that would mean that it was kosher.”

“So why did you come back?” the rebbe wanted to know.

“Oh,” replied the talmid, “The dog was very machmir. He ate everything.”

The Rosh Yeshivah told the audience he noticed that when people daven, they tend to zip through the davening. The only time they seem to pay close attention to the words they’re saying and enunciate them properly and with kavanah is when they have a need. That tzorech could be health, parnasah, shalom bayis, a shidduch, the blessing of children, davening for someone who is off the derech, etc., etc. The Rosh Yeshivah then said (and this is almost a direct quote): “I give a brachah to everyone here that he should always be able to zip through the davening.”

Profound, even earth-shattering, in its simplicity as the greatest brachah the Rosh Yeshivah saw fit to bestow on klal Yisrael.

With Reb Dovid’s passing I feel, as do so many others, that I have lost the equivalent of a parent. May we all be zocheh to strive to emulate Reb Dovid’s goodness bein adam lachaveiro, grow in Torah knowledge and its halachic application, and may we merit to see the fulfillment of the Rosh Yeshivah’s longing for Moshiach bimheirah b’yameinu amein!
Yehi zichro baruch. ●

● Rabbi Moshe Snow is the rabbi of Young Israel Beth-El of Borough Park. He received smicha from Rav Moshe Feinstein, z’l, at Mesivta Tiferes Yerushalayim, and for twenty-two years was principal of Morris County High School for Jewish Studies. He also served as a rebbe with JEC and at RTMA. 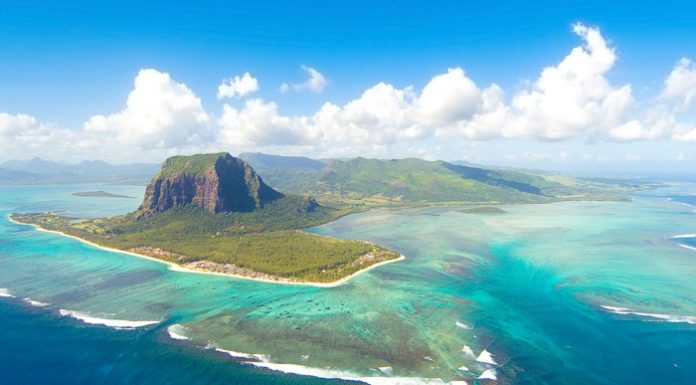