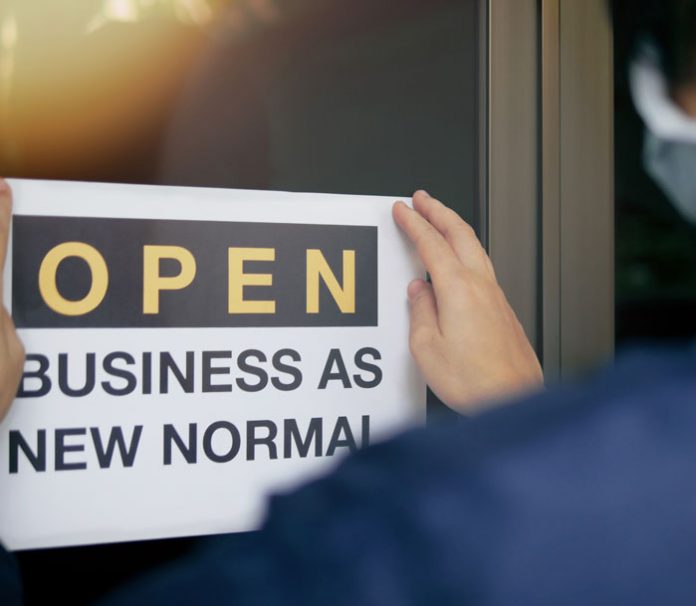 Parnasah is not something to be taken lightly; we daven for it on Rosh Hashanah because it affects just about everything else in our lives. When businesses are closed and stores aren’t generating income, entire families pay the price. Mortgage payments are missed, utility bills go unpaid, and parents have trouble paying their grocery bills.
While the current health crisis is of national concern, with organizations like Open America Now calling for the government to let small-business owners return to work, four frum businesswomen in New York State have taken up the call closer to home. Suri Katz, Simcha Minkowitz, Sarah Chani Brafman and Sarale Gitter have established the Reopen New York coalition, the aim of which is not only to raise awareness of the inequity of permitting only larger businesses to operate, but to encourage people to take action. Small businesses can be even safer than big-box stores, they insist, and if they can stay open, there’s no reason for them to falter and cause an insidious ripple effect with widespread economic consequences.
Small businesses make up 99 percent of employer firms in America. With only the big-box stores currently open, all of the cash is flowing into the remaining 1 percent, enriching corporations like Walmart and Target while the mom-and-pop shops go under. In a survey conducted by Main Street America in late March, only 16.4 percent of small-business owners said that they were confident of being able to remain open. A staggering 31.2 percent didn’t think they’d be able to make it for another two months before having to shutter their shops permanently.
With the encouragement of Reopen New York, some shop owners are now opening their stores, risking substantial summonses or fines. Civil disobedience, they say, defined as the refusal to comply with certain laws as a peaceful form of political protest, is a time-honored American tradition. Even Al Gore, former vice president of the United States, defended the practice when he declared in 2006, “Civil disobedience has an honorable history, and when the urgency and moral clarity cross a certain threshold, then civil disobedience is quite understandable, and it has a role to play.”
However, the mission of Reopen New York isn’t political; for these women, it’s about helping those who are staggering under the weight of lost parnasah. For some businesses it’s already too late, but for others there’s still a chance they can be saved before going under completely. Having seen the carnage firsthand, these four courageous women have mobilized thousands of their fellow small-business owners, forming what Suri calls “a force to be reckoned with.” Their message is simple—let people support their families.

On the day our store opened almost two years ago, I was frightened. My husband and I had given up our steady paychecks and taken out substantial loans in order to get the business off the ground. What if no one showed up? What if our business didn’t succeed? But I was also hopeful because it gave us the potential to provide for our family.
My husband had been in the jewelry business for 18 years when we branched out on our own. We started with a small location upstate just for the summer, and eventually it grew into a year-round store. It’s a scary thing to open a business because you have to do everything from the ground up. You need a tremendous amount of bitachon, especially when so many people tell you not to do it. But there’s no growth without risk, so we spread our wings to see if we could fly. We had six kids, and we decided to take the chance because we wanted to make a better life for them.
If people only knew what small businesses go through! There’s a reason for the idea that businesspeople see Hashem’s Hand more clearly than anyone else because they don’t know where their next customer is coming from. We don’t get a paycheck like other employees. We wake up every day and trust that Hashem will send customers to our store and provide for us. Baruch Hashem, our business really grew over time.
The recent corona lockdown caused us to lose a quarter of our annual income. But I do feel fortunate because we’re better off than many other businesses and Pesach programs that made no money at all during this time. At least we can do virtual appointments to keep us afloat, whereas some people have lost everything they had.
We didn’t start the Reopen New York coalition only for ourselves. We did it for everyone else who is in the same boat. I’ve heard so many horror stories of people losing their life’s work, and they exist in every community. If people are allowed out on the streets, in the parks and in the big stores, why not in the smaller ones? Why should people who have worked so hard to provide for their families lose their livelihoods? That can quickly spiral into losing their dignity, shalom bayis and mental health. We started the coalition with a conviction and a sense of “kol Yisrael areivim zeh bazeh,” because you can’t just stand there and watch your neighbor’s house burn down.