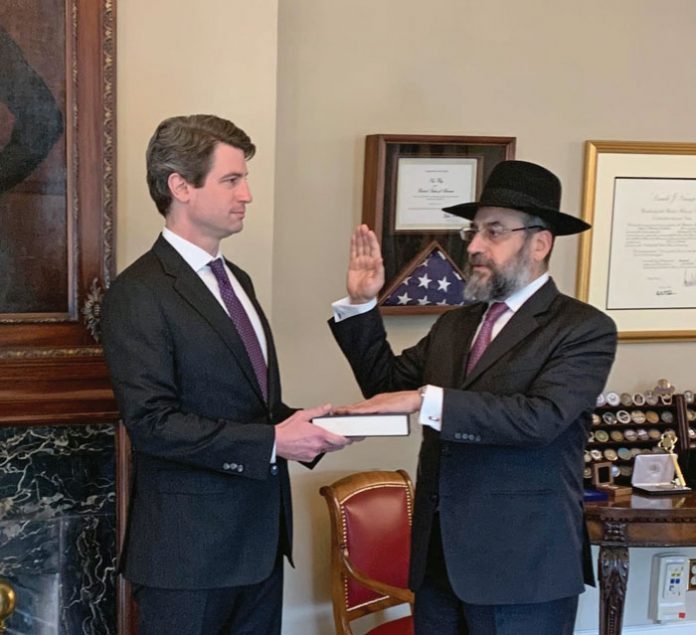 Full disclosure: Moshe (Mitchell) Silk and I are personal friends. We have known each other for a number of years and daven in the same chasidic shtiebel in Boro Park on Shabbos. As such, I have been watching his transition from being a New York lawyer, albeit one with an important international clientele, to playing a truly prominent role on the world stage, with admiration. I always knew that he was fluent in Chinese, but seeing him participate in the negotiations that led to the China trade deal on behalf of the United States was entirely different. So when the US Senate confirmed his nomination to serve as Assistant Secretary of the Treasury for International Markets on April 21, 2020, becoming the first and only chasidic Jew to hold a senior administration position, I was not only personally delighted but determined to conduct an interview with him.
This, however, created a challenge: How does one do a formal interview of a friend with whom he is accustomed to schmooze informally? Fortunately, we managed to overcome that obstacle, and I was surprised by the many things he told me about himself that I thought I knew but had gotten wrong.
What follows is a transcript of our conversation, which, incidentally, was reviewed and approved by the Treasury Department.

Mazel tov on your confirmation. It is truly a wonderful accomplishment, and many people in our community are very proud that an Orthodox, chasidic Jew has risen to this position. My question to you is, what prompted you to become a public servant? You were a successful attorney in a prestigious law firm.
I have always wanted to serve our great country. After I graduated from the Georgetown School of Foreign Service, which is a feeder to the State Department, I had a decision to make. I could take the Foreign Service exams and start at the bottom and work my way up, or I could go into the private sector, gain some experience and then go into public service later, at a higher level. I chose the latter, and when the opportunity presented itself I took it. So the first part of the answer is that I’ve always wanted to do this, and I decided on a particular path. The second part has to do with the timing.
Everything happens by Divine providence. I practiced law and had a wonderful career for over 30 years. In 2017, I was senior partner at one of the global elite law practices, doing exceptionally interesting and extraordinarily challenging work, but I decided I’d had enough. After doing the same thing for decades I wanted a change. A very close friend and former partner at Allen & Overy, Heath Tarbert, had just been asked to join the administration. We had just returned from a business trip to Taiwan when the news came, and I mentioned to him that I would be very interested in working for the Treasury, too. (He originally served in my present position, Assistant Secretary for International Markets, and now serves as the Chairman of the Commodity Futures Trading Commission.) He thought that my knowledge about China and expertise in energy and infrastructure would be very helpful to the Treasury’s mission, and the senior leadership saw that I was the right fit. So what happened was that the opportunity from Upstairs came at the right time, and I became Deputy Assistant Secretary for Investment, Energy and Infrastructure. I feel very firmly that I made the right decision. Then in July 2019, I became the acting Assistant Secretary for International Markets.

You had to testify in Congress and obtain congressional approval. How did that go?
The Gemara refers to a “derech aruchah, derech ketzarah” (longer, shorter path) and a “derech ketzarah, derech aruchah” (shorter, longer path). I felt like I was on a “derech aruchah aruchah” (longer, longer path)! It was a long and arduous route. It starts off when the secretary makes a recommendation to the White House Presidential Personnel Office, although it actually has to first go through a number of steps within the building. The vetting process is then very long and detailed, and includes a full background check, financial disclosure process and ethics review. The background check involves a field investigation; federal agents came to Boro Park knocking on doors to interview many of our neighbors. After you’ve passed those preliminary steps, the president then nominates you for your position. So it starts in the Treasury, goes to the White House, and then to the Senate. 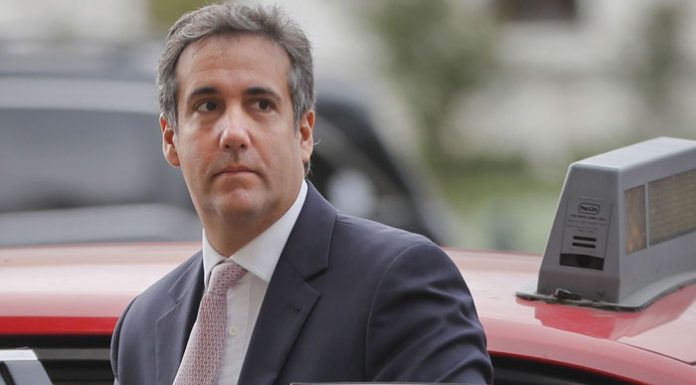 Distracted Parenting // You’d never let your children have a smartphone....