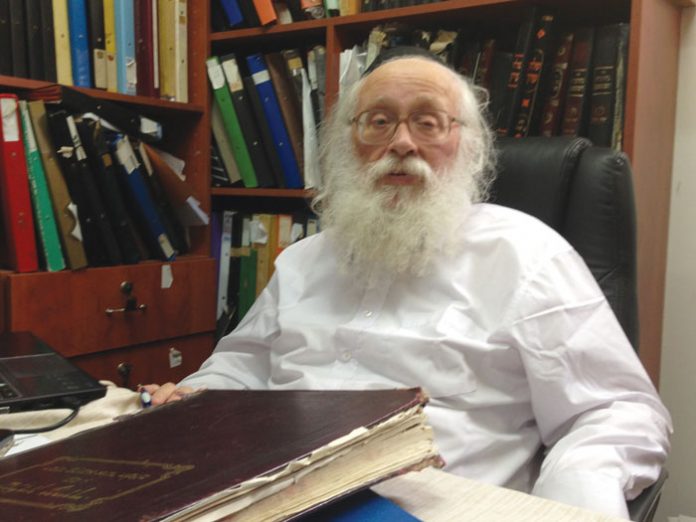 In the spring of 2013 I had the great merit to meet with Rav Nissim Karelitz, who passed away on Motzaei Shemini Atzeres of this year (October 21, 2019). I also met with his son Rav Shmuel, as well as two other members of his esteemed beis din, his son-in-law Rav Sariel Rosenberg, who held the title of raavad, and Rav Yehuda Silman, its av beis din. At the time, efforts were being made to improve the beis din system in Eretz Yisrael. A few weeks before our meeting, ten respected rabbanim and dayanim had gathered in Rav Nissim’s home to address its problems, and initiatives were already underway to implement their recommendations.

At the same time, many people were asking if perhaps something similar could be done to help improve the American beis din system. Regrettably, many people and kehillos in the United States were opting out of the beis din system because it was fraught with problems that litigants sought to avoid. There was no better place to obtain an answer to that pressing question than the world-renowned dayan and posek Rav Nissim Karelitz.
Rav Nissim, who was the rav of the Bnei Brak neighborhood of Ramat Aharon, was the go-to address for people with halachic questions from around the world. As one of his assistants told me then, “He’s the posek hador in psak l’maaseh. Many people also come to him for guidance in personal issues or matters that are vital to the public. He’s been on the Moetzes Gedolei HaTorah since 1977.” But what was perhaps his biggest accomplishment was the beis din he headed, which he established in 1968, 15 years after his uncle, the Chazon Ish, passed away, and it quickly became the most esteemed beis din in the world.

Rav Nissim, whose full name was Shmaryahu Yosef Nissim, was born on 18 Av 5686 (1926) in Vilna. He immigrated to Eretz Yisrael with his parents in 1935. His mother, Rebbetzin Batya, was a sister of the Chazon Ish. His father, Rav Nochum Meir, who was the rav of the town of Maisiagala, near Vilna, was compelled to change his last name to his wife’s maiden name, Karelitz, in order to obtain a passport in 1935. The Chazon Ish had immigrated to Eretz Yisrael two years earlier together with his mother, Rebbetzin Raizel, and his sister, Rebbetzin Greinemann. Rav Shmaryahu Karelitz, the Chazon Ish’s father, who was the rav of Kosava, had passed away during World War I.
While still a bachur in the yeshivah of Ponovezh, Rav Nissim learned b’chavrusa with the Chazon Ish as well as with his other esteemed uncle, the Steipler Gaon. Rav Nissim later married the daughter of Rav Tzvi Hirsch Kopshitz of Yerushalayim; she was a great-granddaughter of Rav Yosef Chaim Sonnenfeld.

After his marriage, Rav Nissim said shiurim in Kollel Chazon Ish. There are many sefarim that are comprised of these shiurim. Sefer Chut Hashani, four volumes on the halachos of Shabbos, niddah, ribbis, shevi’is, Pesach, Yom Tov and Chol Hamoed, is based on the halachah shiurim. After Rav Nissim’s father, Rav Nochum Meir, became unwell, he took over his seat as a dayan in Kollel Chazon Ish, while serving at the same time as a maggid shiur in the yeshivah of Vizhnitz. The founding of his own beis din was thus the natural outgrowth of his years of serving as a dayan.

His son shared with me that when he was a child he had to leave his bedroom and sleep somewhere else, as that was the room in which the dinei Torah were held. “That was when the beis din was still located in our house, before it had an independent location. Establishing a private beis din in Bnei Brak was an uphill battle. There were batei din in Yerushalayim and there were government batei din. But before long the skeptics were proven wrong, as many people wanted to have their cases adjudicated by a beis din affiliated with my father. As a result, he had to establish a second panel of dayanim and then a third.

“Today, we have over 30 dayanim, and we hear dinei Torah from all over the country as well as from chutz la’aretz. Our beis din has a reputation for being the most respected and influential. There are morning and evening shifts throughout the week. Each panel has its own area of expertise. Most of them deal with monetary cases, but some involve divorce or conversion. It’s the largest nongovernmental beis din.”

In the course of our lengthy meeting Rav Silman told me that there was plenty the world could learn from Rav Nissim’s beis din. “The main problem in America is that dinei Torah are a source of parnasah for dayanim. In Rav Nissim’s beis din, the dayanim don’t even get paid s’char batalah (the amount they could earn if they were otherwise employed during the hours they devote to the beis din). I don’t take money to pay for my beis din-related phone calls, and I don’t get compensated for travel either. Even those expenses are out of pocket.

“I’ll tell you a secret: There was once a claim lodged against me in the secular court for something that happened in the beis din. The beis din didn’t have the money to pay for the attorney’s fee, so it fell on me. For them, it was as if the entire episode never occurred. Not every beis din, though, is like that, where there is no compensation at all. But no one in Eretz Yisrael looks at dayanus as a source of income. In America the dayanim make a living from it. That’s a big advantage that we have here. The Debreziner Rav wrote many years ago in his sefer Be’er Moshe that the reason dayanim in America do things they shouldn’t is that they need to make parnasah. 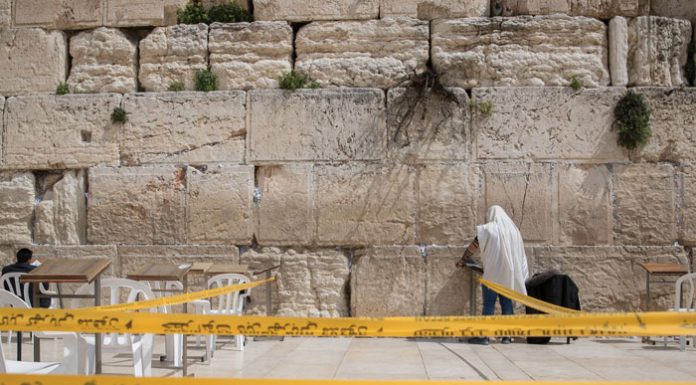 Inside or Outside? Life in a town where quarantine rules seem to change on a daily basis

UFO’s or Enemy’s Spies // The Government Confirms UFO Sightings for...