A quarter of a century ago, I was an anxious young mother of two little boys, the younger of which wasn’t gaining enough weight. At 13 weeks old, Yossi was wan and colicky, his tiny legs flailing as he arched his back and cried through the night. I made an appointment with our beloved pediatrician, Dr. Seymour Gorelick, who had been caring for our family for over a generation, and had been my pediatrician when I was born.

“Your baby’s fine,” he reassured me. “He’s growing at his own pace. Look at his eye movements, at how alert he is. Don’t worry so much.”

But the Mama bear inside me refused to be placated. “I still think he’s not eating well. He’s just too fussy. Maybe I should supplement with formula?”

Dr. Gorelick paused for a moment, a mysterious smile on his face. “Take your baby and come with me,” he said. “I want to show you something.” I picked up a squirming Yossi and followed my doctor to the end of the hallway, down a winding corridor, opening an antiquated trapdoor to reveal a narrow set of stairs. At that point, Hillcrest Medical was an antiquated two -story office building in Hillcrest, across from the former Waldbaum’s supermarket, now also extinct.

I descended the rickety stairs to the basement, holding little Yossi, and watched as my doctor flicked on the small light. I had never seen this area before—a vast, musty storage room, crammed, before the computerized records era, with shelves and shelves of neatly stored medical files. There must have been thousands of files in that room, dating back to the early 1960s, when a young Dr. Seymour Gorelick first opened his medical practice.

“Here it is!” he said triumphantly, pulling out a dog-eared file which had my first name and my maiden name, along with my birthdate, on the cover. He opened it reverently, and began reading from the first line—my birth date, Apgar score, weight at first visit, and then pointed to one specific line.

“Here, Chaya. This is your birthweight at 14 weeks. See?” I squinted to read the fading script.

“See what I’m saying? You were a week older than your baby, and you weighed one ounce less than he does! I’m not making anything up. See the records, black on white.  Nothing to worry about, Chaya.  You’re doing great, and so is your Yossi. Like mother, like son.”

Today my “underweight” Yossi is the proud father of two active toddlers, who are growing and thriving. If they were living in Monsey, perhaps they would have been Dr. Seymour’s patients, as well; until his sudden passing last week, he was caring for the grandchildren of his original patients he’d begun seeing some 60-odd years ago.

Back in 2005, I published the above incident in a local paper, and titled it “The Importance of Remaining Loyal to One’s Family Doctor.” I then sent a clipping to Dr. Gorelick, thinking he would enjoy it. He was so proud that he hung the clipping in a prominent place in his office, where it remained for several years! 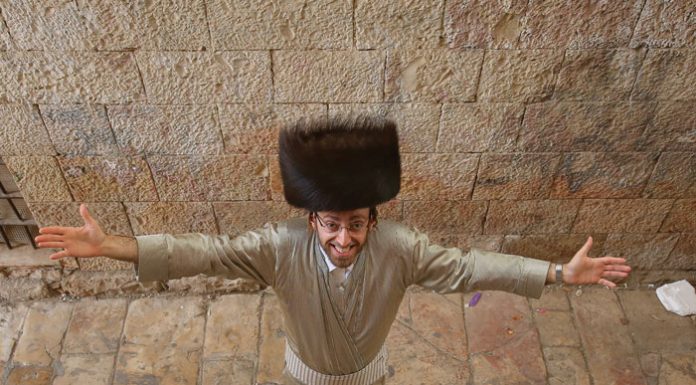