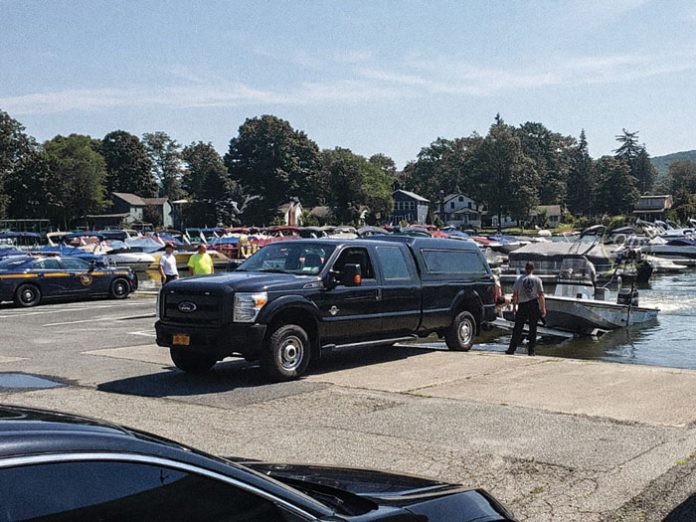 This past Sunday was a day like few others in memory, as numerous disasters and catastrophes struck the Jewish community in the tri-state area and beyond. The summer had already been a tragic one, with the heartrending petirahs of a beloved rebbe, Rabbi Reuven Bauman, and 9-year-old Hersch Meilich Grossman. Sunday’s events raised the summer of 2019 to a level of tragedy perhaps never before seen.

In the most grievous event on Sunday, 38-year-old father of seven, Rabbi Dovid Traube, zt”l, perished while pulling his young son out of the water in Greenwood Lake in Orange County. Rabbi Traube, a resident of the Chestnut Hill neighborhood of Spring Valley, was a talmid chacham of note who served as a rosh kollel in Kollel Ruach Chaim, located in Bais Medrash Elyon in Monsey. A native of Cleveland, he learned in the yeshivos of Telshe, Stamford, Springfield and Brisk, and learned in kollel in Eretz Yisrael for many years before moving to Monsey.

Rabbi Traube’s son had fallen into the lake and he jumped in to save him. He managed to save his son, but tragically was lost in the water. Numerous organizations, including Hatzalah, Chaverim of Rockland County, Hatzalah of Kiryas Yoel and CommSAR, joined local and state police and fire rescue units in manning boats and conducting a search. The search was suspended over Sunday night for several hours due to inclement weather, and then resumed, with the niftar being found on Monday morning.

In a separate incident, a frum man suffered serious injuries when he fell off a cliff at Minnewaska State Park in Kerhonkson. Local Ulster County emergency personnel performed an extrication and performed medical care along with Catskills Hatzalah paramedics. CommSAR was called to the scene as well.

The man suffered serious injuries but, baruch Hashem, survived the ordeal and is said to be in stable condition.

On the same day, there also were two other frightening, though less serious, events. In one, a boy suffered injuries when the ATV he was riding with his father in Kakiat Park crashed. Rockland Chaverim assisted in rescuing the boy. In the other, Rockland Chaverim took part in a search for a person who went missing at Bear Mountain State Park. After around an hour, the person was found unharmed.

The disastrous events reached Eretz Yisrael, where three American yeshivah bachurim were injured while on a bein hazemanim trip when the car they were riding in crashed into an electric pole near Tveryah. One of the boys was reportedly in serious condition.

Monday night, Israeli rescue organizations, including ZAKA, United Hatzalah and Magen Dovid Adom, were searching for a 25-year-old chareidi man who went missing in the water at a Tel Aviv beach.

Ami spoke with Shimon Newman and Jay Schwartz of CommSAR (Community Search and Rescue), who described the achdus of the organizations working together to try to save lives and some of what transpired at the disconcerting scenes. They relate that all organizations worked seamlessly together, with the singular goal of utilizing their training to save lives and to bring a person to kevuras Yisrael.