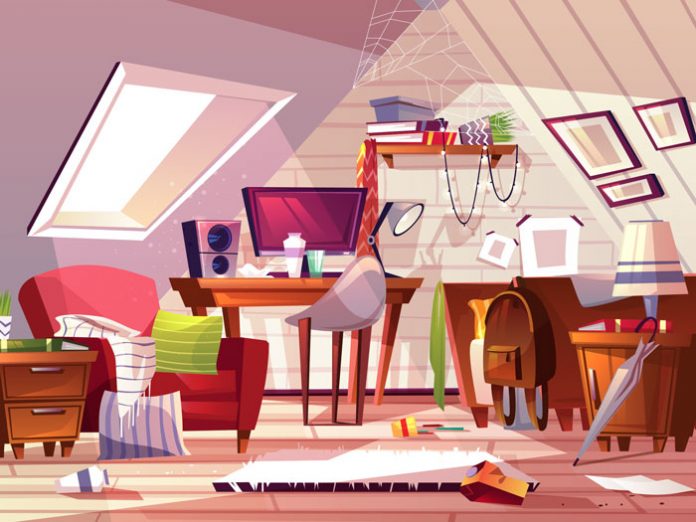 My apartment hunting started one week after my engagement. Brooklyn is renowned for its crazily high rents and shortage of housing, so when I found a reasonably-priced apartment only two blocks from my parents I was thrilled. The previous tenant was moving exactly one month before my wedding so I grabbed it, no questions asked. I couldn’t believe my good fortune that someone was actually giving up such a great deal. Yes, the two small bedrooms could have passed for walk-in closets, my husband and I would barely fit into the cozy dinette, and the kitchen consisted of a small strip of cabinets and counters and two tiny sinks. But for Brooklyn, this was luxury.

I decorated the apartment with lots of potpourri and spent many hours glue-gunning lace on the edges of the cracking wooden shelves. By the time I was done bringing over my trousseau and my future husband carted over his belongings, there was nary an inch left for anything else. But the apartment was mine and I was ecstatic, dreaming about the happy life we would lead living there.

For the first few months after my wedding I was encased in a bubble of happiness. Then I became pregnant, and that’s when the trouble began.

I suddenly started having problems. Each time I saw my OB/GYN there was another issue. In my seventh month of pregnancy the doctor noticed that there was a lot of fluid around the baby’s brain.

“The baby has hydrocephalus,” he informed me. “She’s going to need a shunt right after birth and then eventually undergo surgery.”

When my beautiful little girl was born the doctors decided to delay putting in the shunt because it wasn’t an emergency. I breathed a sigh of relief and prayed that all our troubles would be over. But the nightmare was just beginning.

The baby wasn’t developing properly and kept missing all the usual milestones. At nine months of age, when she should have been crawling all over the place but wasn’t, she finally had a shunt put in to drain the fluid. I spent the summer in my mother’s bungalow upstate, and for the next two months I watched my daughter blossom.

“It’s amazing what the shunt did for her,” I commented to my husband as we watched her playing on the grass on day.

After two glorious months we returned home, and I noticed a slight bulging in the area around the shunt. A short time later she started vomiting. With no other symptoms I knew it meant only one thing so I called the doctor, who immediately ordered an MRI. The scan revealed that the shunt was no longer functioning, which meant that she needed surgery to fix it. Three weeks after the operation she started vomiting again. Once again she was whisked into the operating room to fix the shunt.

For the first two days of Sukkos we were in Lakewood, during which time my daughter was in perfect health. But when we came home on Chol Hamoed she developed a high fever and had a seizure. We were instructed to bring her to the hospital, where it was discovered that she had a bad infection that could lead to very severe complications. She ended up being hospitalized for quite some time, as they had to remove the shunt and keep her on antibiotics until they were sure the infection was gone. Then they had to put in a new shunt. It was a complicated process.

At that point we realized that something was wrong, because these things were happening too often. Even the doctor was bewildered, because these were complications that didn’t normally happen. Generally, when a shunt is inserted it’s supposed to be okay for a couple of years. And this was a very top doctor; we’d done a lot of research and he was supposed to be the best, but even he couldn’t figure out what was going on. 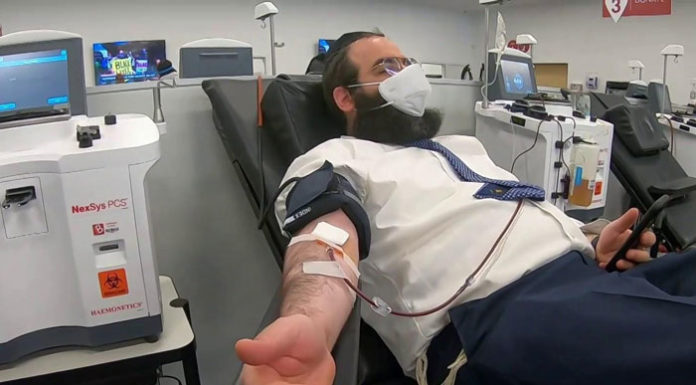 Is a Defense Against COVID-19 Being Withheld? // Dr. Michael Oxman says that we could fight the disease right now