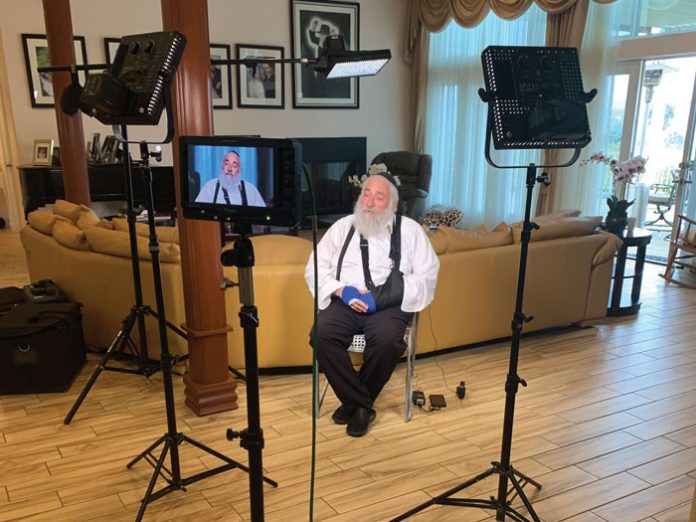 On Monday I had the great privilege of speaking with Rabbi Yisroel Goldstein, the Chabad shliach to Poway, California, as well as with his brother, Rabbi Zalman Goldstein, who facilitated the conversation. Our 20-minute phone conference was repeatedly interrupted, as various well-wishers and public figures called to express their condolences.

This past Shabbos, as the congregants at Chabad of Poway, California, prepared for Yizkor on the last day of Pesach, a gunman armed with a semiautomatic rifle entered the shul building and began firing. In the attack, Lori Gilbert Kaye, a 60-year-old Jewish woman and pillar of the local community, was killed, and three people were injured: Rabbi Yisroel Goldstein, the rav of the shul; Almog Peretz; and Noya Dahan, Mr. Peretz’s eight-year-old niece. Miraculously, the terrorist’s gun jammed, and an Army veteran and an off-duty patrol agent were able to chase him out of the shul.

The 19-year-old terrorist allegedly penned an anti-Semitic and racist manifesto about his plan for the attack.

His family released a statement, saying, in part: “We are shocked and deeply saddened by the terrible attack… But our sadness pales in comparison to the grief and anguish our son has caused for so many innocent people… To our great shame, he is now part of the history of evil that has been perpetrated on Jewish people for centuries.

“Our son’s actions were informed by people we do not know, and ideas we do not hold… He was raised in a family, a faith, and a community that all rejected hate and taught that love must be the motive for everything we do.

“How our son was attracted to such darkness is a terrifying mystery to us…”
They are cooperating with law enforcement.

Q: Reb Zalman, thank you very much for facilitating this conversation. It is a true privilege, as your brother Yisroel is very special.
A: You’re welcome. While we are waiting for Yisroel to get on the line, I’d like to say that Howard Kaye, Lori’s husband, has said that he doesn’t want the funeral or any coverage of it to be about mourning or sadness; he wants it to be a reflection of who Lori was. If she could orchestrate her own funeral it would no doubt be a message of hope, courage, happiness and healing. People should take note of her gemilas chesed and do gemilas chesed in their own lives. That would be the biggest gift for him. He doesn’t want to see people crying and saying, “Boo-hoo, America is going down the drain. Religion is dead and we’re going the way of the Greeks and Romans…”

Q: He wants a more positive message.
A: Yes.

Q: That’s very inspirational.
A: That probably explains why the two of them were so close with my brother Yisroel, because that is the ethos of the Rebbe, the ethos of Chabad, and it’s the way Yisroel presents himself. Very often it’s “Acharei Mos Kedoshim Emor,” but that isn’t the case here. Lori was the person bringing kugel to every shivah home, bringing things for new mothers after having babies, taking people for cancer treatment and just really putting herself out there. She really was that person. I would even assume that the reason why she was in the lobby was that she was going to do something for someone else. It’s almost like the whole point of her dying… She took three bullets, and it’s almost like they could have had the addresses of three other congregants had she not been there, because the gunman would have looked for someone else and gone further into the shul. That encapsulates the kind of person she was.

Q: Did she step forward to block the bullets?
A: No. She happened to be in the lobby when the gunman walked in, and he shot her three times. My brother Yisroel then looked over his shoulder—he’d been on his way to wash his hands—and when he turned around the gunman saw him and shot him four times at pointblank range, only five feet from where Lori was. Yisroel’s hands were hit, and then he ran into the banquet room and started grabbing the kids. At that point a malach must have pushed the gun in the wrong direction, because the gunman had his feet spread apart and he was crouched in a shooter’s stance. 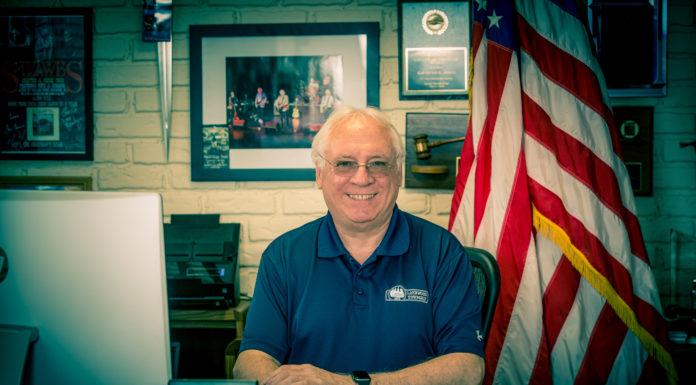 The Booming Township of Lakewood // A conversation with Mayor Ray Coles