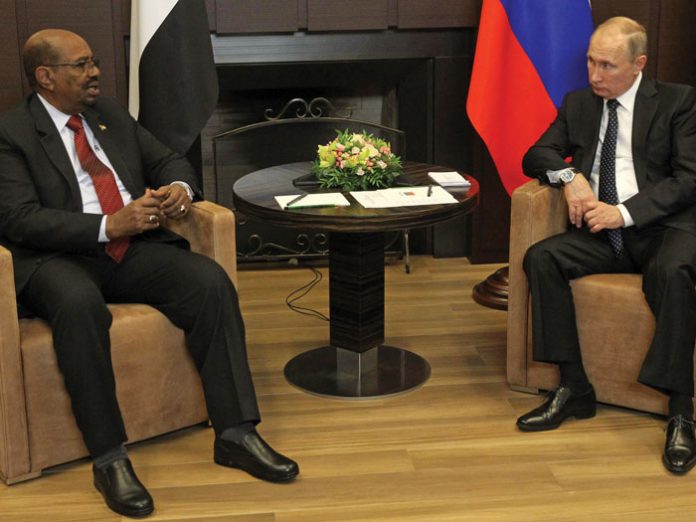 I hate being right when it makes my friends feel foolish. But all you can do is tell the truth and let the chips fall where they may. I have a good contact with an adviser to Bibi Netanyahu’s cabinet. He and others in Netanyahu’s government were convinced that Putin was under considerable pressure from the Russian Jewish oligarchs to help Israel in its battles with Iran.

From my own sources, I deduced that it was Putin himself who personally gave Bibi the secret location of the Iranian nuclear archives. It was confirmed through my friend in Bibi’s cabinet. I also suspected that the Russians had misled Bibi into believing that the Iranian archives were the mother lode when all they were was more like fool’s gold. The brave agents of the Mossad risked their lives to steal the nuclear archives from right under the noses of the Iranians and smuggle the records back to Israel. Unfortunately, the Iranian archives were a bit of a bust.

For example, the archives appear to have been heavily vetted of any information that would link Russia to Iran’s past attempts to develop nuclear weapons. Such links were known to have once existed, but the archival references and cross-references seemed to have been systematically deleted.

Also missing was any recent evidence that Iran had decided to breach its international agreements and was secretly rebuilding its nuclear weapons programs with the help of North Korea. We knew from other sources that heated discussions about these issues were known to have taken place inside Iran.

But even if the decision was against reviving the program, where were the records of these debates? Not in the Iranian nuclear archives. They did not even list any contingency plans to revive nuclear weapons in case of war or an American breach of the accords. That does not make any sense. Every nation has contingency plans for its self-defense.

There were too many holes in these archives for my suspicious mind, but then Putin seemed to make up for it by promising Bibi that Russia secretly agreed with Israel that all Iranian troops, including their militias, would have to leave Syria as soon as ISIS was defeated. Once again, Bibi believed him.

Putin is not a man to be trusted. His dramatic suggestion of a Russian-Israeli covert alliance against Iran was too good to be true. I warned my cabinet adviser friend that the Russians were selling one secret partnership to Israel and another to Syria and Iran.
For example, Putin’s emissaries were telling Netanyahu that Israel would have a green light to attack those Iranian forces remaining in Syria after ISIS had been destroyed or at least driven back underground. Shortly after, Putin’s diplomats were blithely telling the Iranians not to withdraw their militias, but simply have them change uniforms and wear the insignia of the Syrian Army. It was a masterful bit of con artistry by the Russians, and the Netanyahu administration was taken in.

There never was any Russian intention to make a secret anti-terrorist alliance with Israel. It is true that Putin throws Netanyahu a bone of scrap intelligence from time to time to keep up appearances of cooperation with Israel. But allies they are not. At most, Putin perceives Israeli lives as expendable in his war for higher oil prices.

Blame Israel
Recent disclosures from Sudan reveal just how cruel Russia’s secret intentions towards Israel are. Captured Russian documents, some only a few weeks old, prove that Putin’s pals were planning to make Israel the fall guy for a planned wave of atrocities in Sudan. The Russians promised to keep the number of murdered Sudanese to “as few as possible.” However, at least “some” Sudanese protestors would have to be killed to intimidate the others.

No specific number is given by the Russians for the number of Sudanese civilians who would need to be murdered to accomplish the pacification of the protestors. Body counts never bothered ousted President Omar al-Bashir anyway. He orchestrated the genocide in Darfur that is believed to have killed nearly a quarter of a million of his own citizens. Another two million were killed or made homeless in Bashir’s war against South Sudan, now an independent nation.

Who Lost Hong Kong? And why is China so fixated on...