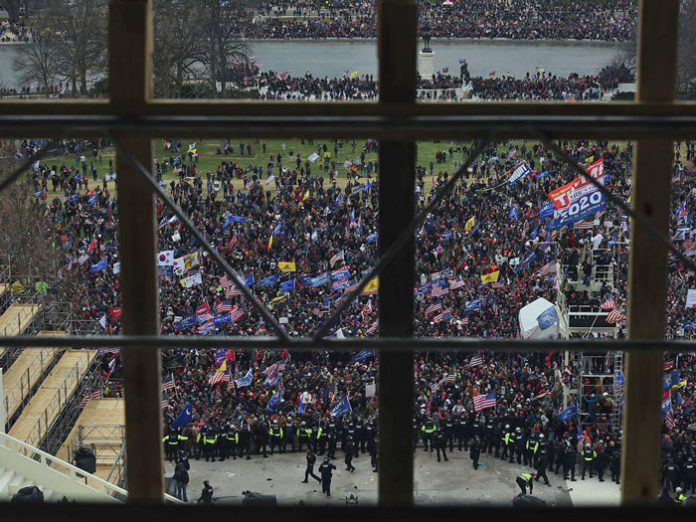 Remember the mixture of horror and disgust we all felt at the violence that broke out across the nation last year amid protests against police killings of black Americans?

To be sure, there was good reason for people to be upset, even outraged. There was George Floyd’s death under the knee of a police officer for nearly eight minutes as other officers looked on, doing nothing. And there were memories of other black victims of police actions, like Eric Garner, Michael Brown, Walter Scott and Breonna Taylor—none of whom deserved to die when they did.

But the street violence that ensued amid street protests—attacks on law enforcement officers, arson, businesses whose windows were shattered and whose merchandise was looted, and threatening demands made of innocent diners—were, we knew, the reactions not of high-minded civil rights protesters but of unprincipled barbarians.

And we regarded such outrages as the province of “the left”—the “progressive” element in American politics.

Well, last week we witnessed more windows shattered, more officers of the law attacked (one fatally), more vandalism and theft. The building violently besieged and ransacked was the Capitol; the business violated, Congress.

And the barbarians this time were members of “the right,” the “conservative” element in American politics.

It isn’t hyperbole to state that last week’s assault was on democracy itself. Because the election and litigation are over, the Electoral College votes are tallied and Joe Biden is the president-elect. Rejecting those facts is rejecting the democratic system.

I have no problem with anyone who chooses to ignore the conclusion of scores of courts, including the highest one in the land. People are entitled to believe what they want.

But the United States of America has a Constitution and laws. Election officials and courts have the final say in electoral matters, and they spoke with one voice.

So all that remained last week was a choice: respect for the nation’s democratic institutions or anarchy. A large mob chose anarchy.

But those who blame President Trump for the attack on the Capitol, who point to his years of belittling and vilifying people and his egging on of the large crowd of supporters last Wednesday shortly before the mob violently descended on the seat of Congress, are missing something important.

The president—despite telling the crowd on the Ellipse, “You’ll never take back our country with weakness… You have to be strong!”—may have encouraged the marauders who held aloft flags with his name on it as they shouted and cursed and rampaged. But he didn’t create it.

Those people existed back when Mr. Trump was a mere television personality. They just latched onto him as a convenient host, like a parasite latches onto a body to feed. The president has, in fact, condemned white supremacists. And eventually, he condemned last Wednesday’s violence.

People accuse the president of using the support of racist, anti-Semitic groups to bolster himself. The truth, though, is that they used him, adopting him as their hoped-for entrée to the establishment of a fascist republic.

Had Donald Trump never been born, the ugly elements of the far-right, which today bear labels like the “Proud Boys,” “QAnon,” “Oath Keepers” and “Boogaloos,” would still be very much among us. They lie dormant at times but are always ready to emerge when they see an opportunity to further their goals.

We are rightfully concerned about Israel’s security, and rightfully fearful about elements of the “progressive” social agenda. But seeing threats only in “the left” and not in “the right” is political myopia.

An October study by the Center for Strategic and International Studies found that two-thirds of the terrorist plots and attacks in the United States in the first eight months of 2020 were carried out by white supremacists and far-right extremists.

In fact, such groups have accounted for a significant majority of terror attacks and plots in recent years, according to the Center for Investigative Reporting.

And so we indulge in the national political pastime of partisan finger-pointing at our peril. There are good and bad things and players in both parties.

The enemy isn’t either Democrats or Republicans, liberals or conservatives, the right or the left.

The enemy is extremism, and that dangerous evil isn’t confined to any party or political philosophy. 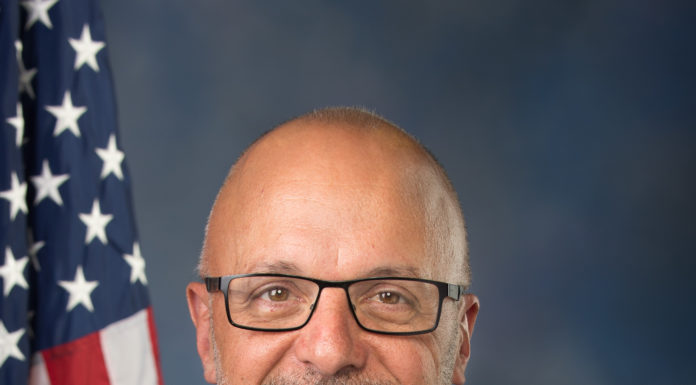