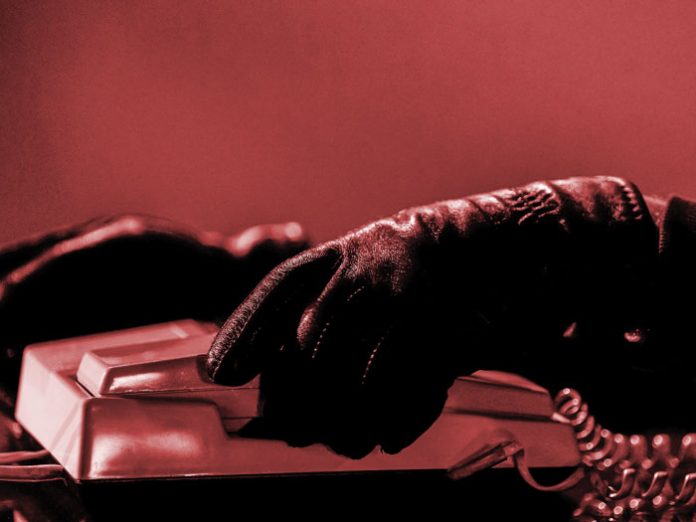 The most frequent victims of crime are what I call “GOPs,” which stands for “gullible old people.” You know who they are. Everyone has elderly friends and relatives who fear for their lives, sometimes with justification but mostly because they are easily panicked. Lately, these nice, trusting folks have been scared into believing that criminals illegally crossing the border from Mexico are such a significant threat to their safety that we should spend billions of tax dollars on a wall to keep the criminals out.

There are indeed a tiny handful of hardened criminals, such as the Mara Salvatruca 13 gang, who try to sneak into America every year. I have been writing about the MS-13 for years. They are vicious but thankfully small in number. The odds are greater that you would be struck by lightning than that you would be robbed by an illegal alien. In truth, the illegals have a much lower crime rate than native-born Americans.

The worst financial damage is caused not by thieves crossing the border, but by thieves coming right into your home over the telephone. Telephone fraud is a great threat to American citizens, but our government does very little about it even when the thieves pretend to be from the US government. The latest and most successful scam involves imposters who pose as government officials collecting “fines” from terrified elderly taxpayers who are told they made a mistake in a return several years ago and will now be arrested for tax fraud:

“As part of the typical IRS impersonation scheme, the scammers make phone calls alleging to be from the IRS or the Department of the Treasury. Calls are often made using Voice over Internet Protocol (VoIP) technology, since it’s a cheap and easy way to mask the origin of the calls and ‘trick’ your Caller ID to show up as the IRS or other agency. The scammers then advise taxpayers that, due to adjustments made on their individual tax accounts, additional tax is owed to the IRS. The scammers demand immediate payment over the phone by cash, wire or services like MoneyGram and Walmart-2-Walmart.”

This is no nickle-and-dime theft. The Treasury Department called it the most significant financial crime in history.

Forbes Magazine wrote, “Nearly 6,400 victims have collectively paid over $36.5 million to scammers posing as Internal Revenue Service (IRS) officials since October of 2013. Over that same time period, the Treasury inspector general for tax administration (TIGTA) has received reports of roughly 1.2 million calls made to taxpayers demanding that they send cash to resolve outstanding tax liabilities. The average amount of money lost in the scam is $5,700.”
Five grand is a huge amount of money for most people. For many, it means the loss of their entire life savings. The truth is that there are a lot more than 6,400 phone scam victims in America that the government is not talking about. The IRS scam is not even one of the largest con games. That prize goes to the scammers who target the elderly who use computers: “In 2016, Microsoft published a global survey showing that two in every three people had been exposed to a tech-support scam in the preceding 12 months.”

Let me repeat: Microsoft’s global survey revealed that two-thirds of the computer users on the planet had been contacted by a scam artist pretending to be a helpful Microsoft technician. We are losing a lot more money than the $36 million collected from several years of the IRS scam.

“Americans lose around $1.5 billion to tech-support scams every year; 86 percent of them originate in India. They usually involve infecting a computer user’s web browser with a pop-up message that tells them their machine has been compromised and that the only way to save it is to call this number. The person who picks up recites a script, asking the panicking caller for remote access to their computer.”

The “gullible old people” think that this nice person on the phone is going to fix their computer for free. They actually hand remote control of their computer over to the “helpful” scammer:

“Once connected, they present regular files as deadly threats. We also run fake software on the computer to make up viruses, trojans, malware. Then we tell them that if they don’t buy our security products the computer will become unusable,” said Tanwar, who worked on a tech-support scam alongside 500 others at a call center in Gurugram. His brief was to make $500 from every call, and his incentive was 1,000 rupees for every $1,000, or 1.5 percent of the take. “The moment you put on your headphones, your supervisor tells you, ‘You are scammers. You have to trap the customer, no matter how,’” he said.

Now, if Microsoft is right, these tech-support scammers are stealing $1.5 billion every year. So what is our government doing about it? To hear them tell it, the phone scammers were all but run out of the US back in 2016:

“J. Russell George, Treasury inspector general for tax administration (TIGTA), announced the arrests of five individuals made in what has been characterized as an ‘ongoing investigation’ into the scams. The five individuals were arrested in Miami, Florida, without incident, and charged with wire fraud and conspiracy to commit wire fraud. According to the court documents, the five suspects are responsible for almost $2 million in schemes that defrauded more than 1,500 victims… The five individuals are Jennifer Valerino Nunez, Dennis Delgado Caballero, Arnoldo Perez Mirabal, Yaritza Espinosa Diaz, and Roberto Fontanella Caballero.”

Uh, wait a minute. Microsoft said that 86 percent of telephone scammers are from India, not Mexico. Why is the government concentrating on Latin American scammers in Miami?
“Thanks to the quick actions of the investigators who staff our fraud hotline, the inspector general has made significant arrests in the fight against a pernicious scam. These actions should also put criminals on notice that we will relentlessly pursue those who seek to rob seniors of their hard-earned savings.”

Well said, but a year later the number of victims of the IRS scam continued to grow, as did the amount of money stolen in other tele-scams:

The Jury Challenge // I was finally ready to serve. But...