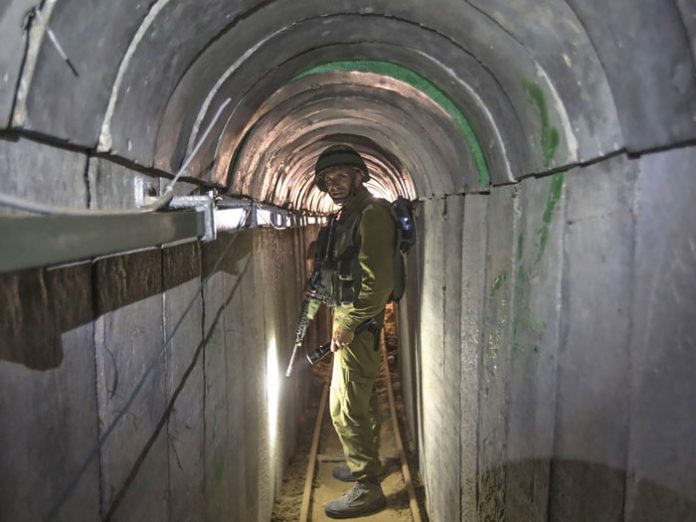 The Germans made the best tanks in World War II. No doubt. They had super-thick armor, enormous cannons and powerful engines. Nothing could stop them. They were the Mercedes-Benzes of tanks, top of the line. But they were such gas guzzlers and so hideously expensive, the Nazis could only afford a few of them. Thank G-d.

The Americans made a truly terrible tank, the Sherman. It had thin armor, and a puny little cannon that could penetrate cardboard but not much more. But the lightweight Sherman did not use much gas and did not cost very much, so the Americans made a lot of them. When the terrifying Nazi Panzers ran out of gas, the little Shermans just scooted around them and kept on heading toward Berlin.

Israel always made great tanks, even if they had to cobble them together. They ignored the expensive German model and the cheap mass-produced Sherman style and went for the sweet spot in the middle. They took the body of the British Centurion tank, added air conditioning for desert survival and slapped an advanced firing turret on top. The Merkava design has been improved over the years, but it is still arguably the best tank in the world. The only problem is that tanks are now obsolete. All of them. Even in Israel.
There are clear signs that Israel’s tank superiority is about to change. Putin has given the Palestinians an advanced Russian weapon that can pretty much kill any tank in the world and almost never misses. It is called the advanced Kornet missile.

In November 2018, the goons in Gaza got their hands on the new version of the Kornet anti-tank missile and fired it at an Israeli troop transportation bus. Fortunately, all the soldiers but one had just disembarked.

Like the American TOW missile, the Kornet is designed to change direction during flight to chase down a moving target. That is why it almost never misses. The Kornet is one of the few weapons with an explosive warhead large enough to penetrate the heavy armor on an American Abrams Tank.

The Abrams is an armored monster with 19 inches of solid steel at the prow. It makes the Nazi tank look wimpy. I have seen crazy American tankers drive an Abrams at high speed into a forest, with its prow cutting right through thick trees and bouncing them aside or off the top. Nothing can stop an Abrams, or so we thought.

We found out we were wrong when Russia stabbed us in the back by selling a few dozen Kornets to Saddam Hussein. It was a small amount, but it was still a clear violation of UN sanctions embargoing all arms sales to Iraq. But Saddam was Russia’s client, so I guess that means Russian arms sales are exempt from any silly sanctions from the UN. Or at least Russia thinks so.

After Saddam was defeated, the Russians saw an expanding market for Kornet sales to all of Israel’s enemies. The first time that the Palestinians got their hands on a couple of Kornets it did not go very well.