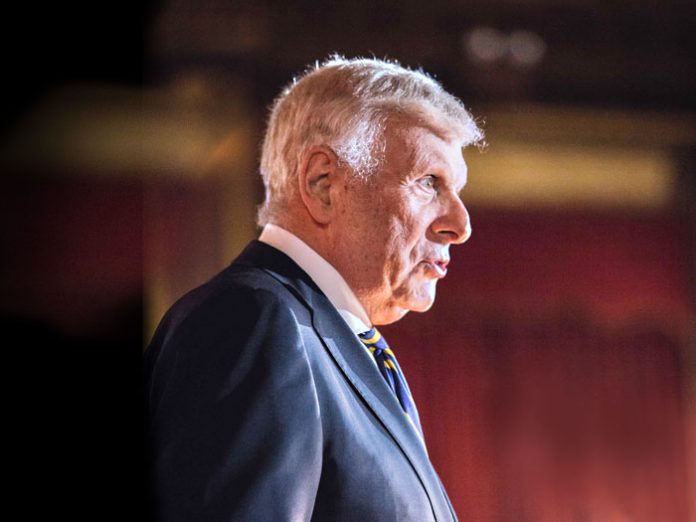 In a carefully worded speech delivered on May 21, 2017 in Riyadh, Saudi Arabia, President Donald Trump appealed to a room filled with dozens of Muslim leaders, as well as a worldwide audience of over 1.8 billion Muslims, to combat terrorism. His 36-minute address, which was the centerpiece of a two-day visit to Saudi Arabia, his first stop overseas as President, firmly positioned Islam with the United States on the side of civilization and counterterrorism, drawing a distinction between terrorism and Islam itself. And he insisted that Muslims and Muslim nations not only join him to fight violence and radicalism around the world but take the lead in that effort:
“Our goal is a coalition of nations that share the aim of stamping out extremism and providing our children a hopeful future that does honor to G-d… Every time a terrorist murders an innocent person and falsely invokes the name of G-d, it should be an insult to every person of faith,” the President said.
One of the primary architects of the vision articulated in that address was Herbert London, an American conservative activist, commentator, author and academic. Herbert Ira London (born in 1939) was the head of the Hudson Institute from 1997 to 2011 and is currently president of the London Center for Policy Research, a conservative think tank hosted at The King’s College in New York City. He is also a member of the Council on Foreign Relations.

Q: It’s a privilege to speak with you. You’re an important conservative thinker and run a prestigious think tank on foreign policy.

A: I don’t know if I would agree with the word “important,” but I kind of like it.

Q: I understand that you were involved in drafting the speech President Trump delivered in Riyadh. Is that correct?

A: Yes. My team and I had been talking about a new Sunni alliance for some time. We call it the “Gulf States Red Sea Treaty Organization.” I was a little unhappy when the President referred to it in the speech as an “Arab NATO,” because NATO has Article 5, which calls on every nation to defend the others, and I didn’t want to use that terminology. Aside from that, the President pretty much relied on the work we had done before the speech was delivered in conjunction with what I call our Team B, which included people like Mike Flynn and Jim Mattis, before he became secretary of defense. This turned into the Riyadh speech and the way in which the Middle East alliance is emerging.

Q: Do you view the Riyadh speech as the counterpoint to Obama’s 2009 speech that was delivered in Cairo?

A: I do. In fact, I think it’s very important to see the juxtaposition between them. Here you have a speech in Cairo where the President is arguing that we have to tilt more towards the Arab states, and now we have a position where the President is saying that we’re going to put together a Sunni coalition, with Israel as an unannounced member of the team to provide for a joint arrangement on military affairs. If someone would have told me five years ago that there would be a military delegation from Riyadh to Jerusalem to discuss joint military activity and that there would be continued back-channel discussions between Saudi Arabia and Israel, I’d say that they were smoking hallucinogens. And yet it has happened, because Israel is a key player in dealing with the imperial ambitions of Iran.

Q: By and large, Israel is celebrating the change in tone and policy that President Trump is bringing to the Middle East and to Israel. I assume you share that joy.

A: Without question. One of the things that was true of the Obama years was that Israel was thrown under the metaphorical bus, to some degree. It was obvious that Obama didn’t care about Israel. In fact, perhaps you recall that when he gave the speech in Cairo, setting the stage for his foreign policy in the region, Obama made it clear that the first two rows would be reserved for the Muslim Brotherhood. So it was unmistakable what the orientation would be. What has happened with Trump is very different. Trump understands that Israel is an important—and really the key—player in the Middle East. If we are going to offset the influence of Iran and use our Sunni friends like Egypt and Saudi Arabia—it’s interesting to call Saudi Arabia a friend, but in this context I think you can—then there is no question that Israel is going to be a part of whatever defense condominium emerges. And Israel will play a significant role in providing the logistics and perhaps the military armaments that are necessary to deal with Iranian/Shia aggression throughout the region. 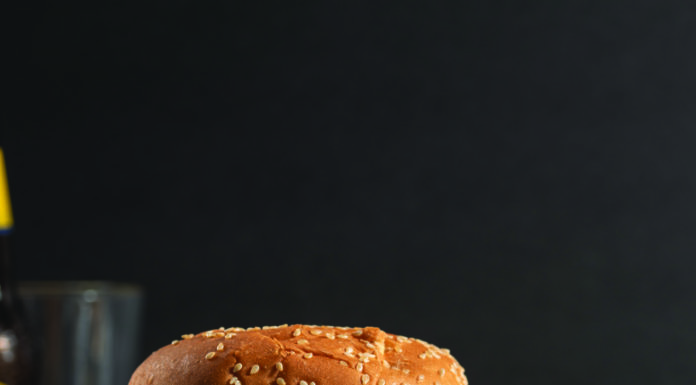