There’s a Jewish proverb that goes something like this: Whatever hasn’t happened in 1,000 years might happen in the next moment. Likewise, whenever I knock on the door of a gadol a similar thought enters my mind, as I wonder what wonderful surprises await me on the other side of it. Still, my visit with Rav Meir Tzvi Bergman on this hot Friday morning in his kollel in Bnei Brak is in a class of its own. How many people can boast of having been the roommate of the Chazon Ish for two years and tell stories about that titan that they personally witnessed? While I’m not sure if that qualifies as a once-in-a-millennium occurrence, hearing them is unprecedented in my experience. And Rav Bergman doesn’t disappoint me. His singular memories are only matched by the profound interpretations he provides.

“I told this story to Rav Chaim Kanievsky when I went to visit him recently,” he shares with me after I am seated. “One time I went for a walk with the Chazon Ish from his house to the beis hachaim. The road was very narrow and there were orchards on both sides. It was too narrow to accommodate more than one car, so if two cars needed to pass each other, one of them had to pull over. The sides of the road were very sandy and dusty, so we walked on the road instead. As we were walking along, a big car suddenly appeared. It was coming in our direction very fast. The Chazon Ish jumped to the side of the road, pulling me along with him. Then he said, ‘I’m afraid that man doesn’t know Tosafos.’ He was referring to the Tosafos in Bava Kama [23a s.v. ‘V’lichayeiv Baal Hagacheles’] where it says that a person should be more careful about not causing harm to someone else than he is about making sure that he himself isn’t harmed.

“Years later I wondered what Tosafos’ source was. After all, it says in Shulchan Aruch that a person must be careful about his own safety, which we learn from ‘hishamer lecha ushmor nafshecha me’od.’ The answer is found in the hakdamah to Rav Itzele Volozhiner’s Nefesh Hachaim, where he writes that his father would always reprove him for not doing enough for others because people aren’t created to fulfill their own needs; they’re created to fulfill the needs of other people. That’s what Tosafos is saying here: A person has a greater responsibility not to harm someone else than to protect himself.

“Then I found another makor. In a recent reprint of the Chumash with Otzar Harishonim I found something from Rav Yitzchak Karo, who was an uncle of the Beis Yosef and served as a rav in Spain. He says that the dor hamabul committed two aveiros: one was arayos, improper relations, and the other was gezel. But it was due to their thievery that they were destroyed. Why is gezel considered as great an aveirah as arayos? he asks. The answer is that it says in Vayechulu ‘asher bara Elokim laasos,’ meaning that the Eibershter created the world but people have the job of laasos—to do for others. Gezel, he explains, is thus a contradiction to the foundation of all of creation. This goes very well with the vort Rav Itzele said in the name of his father, and it’s also the yesod of Tosafos.”

Living with the Chazon Ish

Although he has lived most of his life in Bnei Brak, Rav Meir Tzvi Bergman was born in 1930 in the Old City and is a seventh-generation Yerushalmi. He is a descendant of the famed Rav Avraham Shag Zwebner, the former rav of Kobelsdorf, who was the rebbe of Rav Yosef Chaim Sonnenfeld, the founder of the Eidah Hachareidis of Yerushalayim. Rav Bergman was a maggid shiur in Yeshivas Kletzk-Rechovot and later in Yeshivat Hadarom. These days Rav Bergman, the author of many sefarim, including Shaarei Orah on the Rambam, is the rosh yeshivah of Yeshivas Rashbi, which was founded by his father in Bnei Brak in 1965, and he is also a member of the Moetzes Gedolei HaTorah of Degel HaTorah. His modest home is right near the beis hamidrash of his brother-in-law, Rav Yisrael Tzvi Yair Danziger, the Rebbe of Aleksander. I ask how he came to live in Bnei Brak and thus became close to the Chazon Ish.

“I’ve been living here since I was around 12 years old,” he tells me. “I was a yasom. My mother [Alta Liba Raizel], who was the daughter of Rav Yonah Zev Hershler, passed away from typhus when I was seven and a half, at the age of 27. There was a terrible epidemic in Yerushalayim and we were both sick, but she succumbed to her illness. My father remarried and was living with his new family in Meron.”

“Did the Rosh Yeshivah ever live in Meron?”

“No. My father moved there after he remarried while I went to learn in Bnei Brak in Yeshivas Tiferes Tzion.”

Yeshivas Tiferes Tzion was founded in November 1935 at the initiative of the Chazon Ish. It began with only seven students, but by the end of that first winter there were 30 talmidim, including the Chazon Ish’s nephews, Rav Chaim Greineman, Rav Nissim Karelitz and Rav Chaim Kanievsky. Many of the yeshivah’s alumni went on to become renowned rabbanim and Torah leaders of our generation. Rav Michel Yehuda Lefkowitz was a maggid shiur at Yeshivas Tiferes Tzion from 1940 to 2011 and the rosh yeshivah of Yeshivas Ponovezh Litze’irim from 1954 to 2009.

“The Rosh Yeshivah was with Rav Chaim Kanievsky in Tiferes Tzion?”

“I really got to know him later when we both attended the Lomza Yeshivah in Petach Tikvah, where I learned by Rav Reuven Katz, the mashgiach Rav Eliahu Dushnitzer, and Rav Elazar Menachem Man Shach, who later became my father-in-law. When I first came to Bnei Brak,” he continues, “there was basically only one small road with orange groves on both sides. The owner of the orange grove lived in a small wooden hut, and deeper inside there was another hut where the oranges were packed into crates so they could be exported to chutz laaretz. That’s where I slept, with another yeshivah bachur. There weren’t any windows, and it was hot during the summer and cold during the winter. It wasn’t easy, but I would go to the Chazon Ish very often, and he was mekarev me very much. 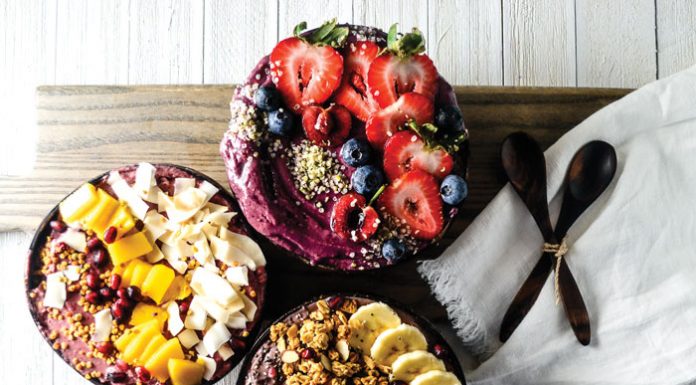