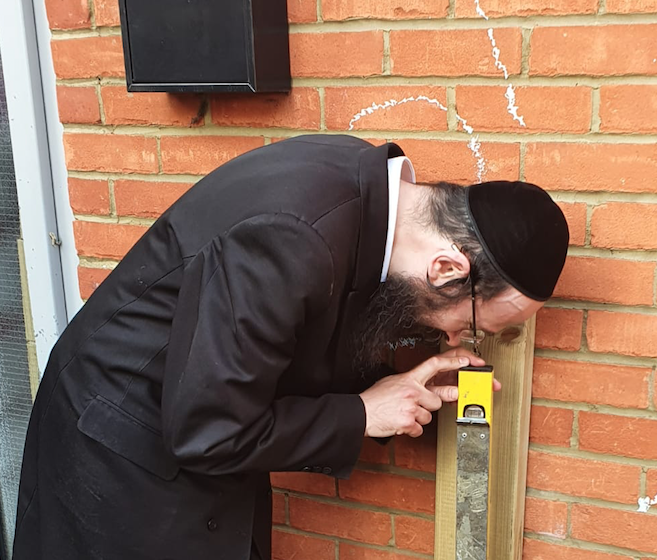 There is almost nothing quite as controversial in Jewish communities as an eruv, but the coronavirus outbreak may have been more powerful than that. A new push for an eruv in part of Stamford Hill, in response to restrictions due to the coronavirus, persuaded the Union of Orthodox Hebrew Congregations, or Hisachdus Kehillos Hachareidim (sometimes known as Kedassia, which is technically its kashrus organization), an umbrella chareidi organization in the United Kingdom headed by Rav Efraim Padwa, to endorse the creation of an eruv in the Tottenham section of Stamford Hill in London. Kedassia had until now opposed the creation of an eruv anywhere in London.
The impetus for the decision by the Hisachdus was the creation, first, of several small private eruvin along individual streets and then the unification of those eruvin into one large eruv.
Rabbi Yehudah L. Hager, who was involved in the effort to create this eruv, explained the situation in an interview with Ami.
“Until now, to make an eruv for Stamford Hill was almost unthinkable,” he said.
Kedassia has steadfastly refused to endorse the eruv that exists in the other major Jewish neighborhood in London, Golders Green, and it appeared that they would continue to argue against making an eruv in Stamford Hill. But they have not.
“It’s a side effect of the coronavirus,” Rabbi Hager said. Because of the devastating disease and the closing of shuls, people began davening in minyanim in their yards. And because of the confinement that people felt due to the virus, they felt a greater need to get out of the house, even on Shabbos.
“We live in an area where much of the Jewish community has moved into smaller housing,” he said. “Many of the children living here don’t have a back garden to play in. It was very difficult for them, and the struggle became more acute when people who have been locked in their houses for so many weeks just want to go out on Shabbos morning with a buggy or a pusher [stroller] or just to take their kids out for five minutes to go around the block. It wasn’t that they wanted to break social distancing. It became acute, and the rabbanim became more aware.”
Children with special needs were a particular concern.
“A lot of the non-Jewish carers [nurses] stopped coming. These are the non-Jewish carers who’d look after the children on Shabbos and Yomim Tovim. Before coronavirus they would come and take them out, but they were not coming anymore, and the parents and siblings of these kids couldn’t take them out. If you’ve got a child who’s disabled and stays at home, it’s a recipe for disaster.”
So a small group of people began making their own small eruvin.
“This was just a group of about four or five in their individual streets,” Rabbi Hager said. “At first they put up an eruv on each street, and then they combined them all together.” That occurred over the last few weeks.
“We made sure we did it properly with all of the different chumros and views. This wasn’t a rebellious act. None of the people interested in this were rebels. They were serious, older people.”
The two people who were the biggest driving force behind the eruv were Chaim Shulem Steinhart and Yoel Stern.
Mr. Stern provided the funding for the eruv, enabling the work of physically building the eruv to go on.
Rabbi Hager said that “Mr. Steinhart is a rebbe in the school, and he worked tirelessly day and night for the last three weeks. He made sure he was there when every lechi was put up. He was there for every single move, working on it day and night. He’s become a sort of expert on eruvin.”
The actual expertise in eruvin, however, came from Rabbi Hager’s brother, Rav Hershel Hager, who is a son-in-law of the posek Rav Menashe Klein, zt”l, of Boro Park.
“He lives in Golders Green,” Rabbi Hager said. “He’s a genuine expert in eruvin, and he’s paskened on a lot of the parts of the eruv in Golders Green.”
Mr. Steinhart spent 40-50 hours, Rabbi Hager estimates, going through the eruv with Rabbi Hager’s brother. “They were making sure that they got it all right, technically and aesthetically. They wanted to make sure that it didn’t look ugly and wasn’t in your face. It was done in a very refined way.”
The coronavirus meant, however, that all the people working on the eruv never really got together to work on it.
“We never sat down and had a meeting, because we couldn’t,” Rabbi Hager said. “We could never actually meet together because we weren’t allowed to, due to social distancing. We were all setting up the eruv and communicating by phone. It all just came together—a community project that no one actually oversaw.” 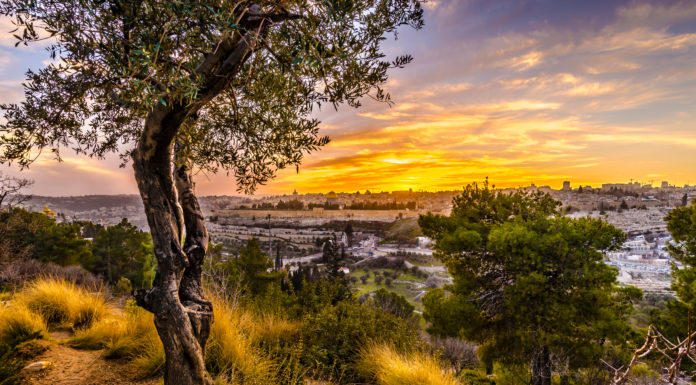