It was a steamy summer evening in 1961. A light breeze wafted in from the seashore towards the magnificent mansion on Wadi Abu Jamal Street in western Beirut, the capital of Lebanon. Some members of the Kishik family were lounging in their living room; others were gathering for a meal in the dining room that faced the open terrace. All of a sudden, there was a loud banging on the front door. Yitzchak, the eldest son, hurried to see who was making such a ruckus.

He had not yet reached for the door handle when it swung open with great force, cracking the frame. Weapons drawn, policemen and soldiers streamed in, pushing the teenager aside. The street outside was filled with the noise of police vehicles and army trucks. The soldiers and policemen ran up the stairs and into the living room, where Yitzchak’s parents were sitting, their faces ashen.

This is the story of Yitzchak Levanon, the son of Mossad agent Shulamit Kishik-Cohen, who spied on behalf of Israel and smuggled Jews from Syria and Lebanon across the Israeli border—until she was captured.

“I suppose I knew that my mother was involved in smuggling Jews,” says Yitzchak, who was 16 years old at the time of her arrest. “It really could not be hidden from the family. But I did not know the full extent of her activities, nor did I know that she spied for the Mossad.

“The police breaking into our house was a traumatic experience that is etched in my memory to this day. I remember clearly that I was wearing a chain from Israel with a Magen David on it. As soon as they burst in, I tucked it inside my shirt.

“Amid the balagan, I noticed that a Muslim acquaintance of ours had arrived with the police. He was a local official who had volunteered to be part of my mother’s network, claiming to want to help. I understood in that moment that he was working for the secret police and that it was he who had turned in my mother and exposed her smuggling operation.

“It was a large-scale undertaking. During the raid, they arrested my mother as well as some of her friends who were part of her network. There were so many soldiers in the street. I tried to protest, but my mother signaled me to be quiet and sit off to the side. The policemen ransacked the house, rummaging through all our closets. We had a special cabinet that contained a set of chumashim; the soldiers confiscated it because they thought it contained secret transmitters. For hours, they turned the house upside down. They did not really find anything, and at three in the morning they left, taking my mother and father with them.

“That left me and my six brothers and sisters. Although our father was later released, we did not know what happened to our mother. We lost contact with her for a long time. We knew that the Syrians wanted her, and we were afraid that she would be taken to Damascus, where she would be accused of treason and spying for Israel.

“During this time, we were always anxious. One day, the police came and took me out of school for an interrogation. They asked me what I knew about my mother’s espionage activities. I told them that I didn’t know anything. Then they turned on a big tape recorder, and I heard my voice saying in Arabic, ‘Fourteen rolls of fabric.’

“This was the phrase I used when I informed my mother that there were 14 Jews on their way to Israel. The policeman asked me to explain the meaning of my words. I told them, ‘My father is a textile dealer, and I was letting him know that 14 rolls arrived from the factory and were on the way to our store.’ They didn’t buy my explanation.

“Then my mother was brought into the interrogation room. I saw her from across the room, for the first time since her arrest. Although it looked like she had been tortured, I was relieved that she was in Beirut and not Damascus. She was able to whisper to me in Hebrew, ‘I did not admit anything.’”

Years later, Shulamit told Yitzchak that the entire time she was kept in prison, she repeatedly told her interrogators: “I do not know what a transmitter is. I do not know what a spy is. What do you want from me? I am a simple housewife.” But the Lebanese authorities were not convinced, and they detained her for a long time.

It is with this story that Yitzchak Levanon begins his new book, In the Eye of the Storm: Diplomatic Secrets. In his book, he recounts the saga of his mother’s experiences as one of the most famous Mossad agents to have ever worked in an Arab country, as well as his own life story as a veteran ambassador in the Israeli Foreign Service, including his stint as the Israeli ambassador to Egypt during a time of revolution.

Shulamit Cohen was born in Argentina and immigrated to Israel with her parents, where she grew up in the Makor Baruch neighborhood of Jerusalem. Her parents had few assets, so they married her off at a young age to a well-to-do Lebanese-Jewish merchant named Yosef Kishik.

“My father and his brother Chaim had a large fabric store in the Sursok market in Beirut,” Yitzchak shares. “They imported fabrics from which they made school uniforms for students in the city. They had an exclusive deal to make the uniforms, and the store provided a good livelihood for both families.”

In the days before the establishment of the Israeli state, the roads between Beirut and Jerusalem were open. Yosef had not been able to find a suitable Jewish bride in Beirut, so he went to visit some friends in Jerusalem in search of a shidduch.

He was introduced to Shulamit, and the two decided to get married. The wedding took place shortly afterwards in the Lebanese capital. The kallah’s parents came up from Jerusalem and left right after the wedding. Shulamit remained with her new husband in Beirut and began to adjust to her new life. She raised their family in a beautiful large house in the Jewish Quarter of Beirut.

“We lived on a relatively long street,” Yitzchak describes. “At one end it extends to Prime Minister Hariri’s private home; at the other end is the famous Orosdi Back department store, where my mother used to shop. The store belonged to Egyptian Jews.

“Along the street were several batei knesset and batei midrash. In the center of the street stood the main synagogue, Magen Avraham. Within the synagogue complex were charitable institutions such as the bikur cholim, a children’s health center and other chesed organizations. There were about 15 batei midrash, and we were mostly connected to the one known as Midrash al-Idi, which was located down a small alley nearby. The congregation was served by important rabbis such as Rabbi Shaul Chrem. I remember it being a good life for the Jews. In 1948, we had one of the larger Jewish communities for an Arab country, with a population of about 10,000 members.

“Most of the Jews were traditional. They were established businessmen engaged in trade. Beirut was a relatively Western city, elegant and stately, with a strong French influence. France had ruled the country for a long time. We really did not feel any anti-Semitism, though the situation in the country changed after the establishment of the State of Israel. Even after the borders between Lebanon and Israel were closed, many Jews remained and the community continued to function. 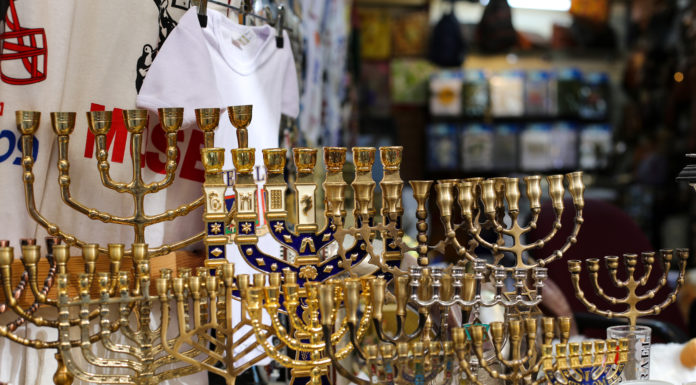