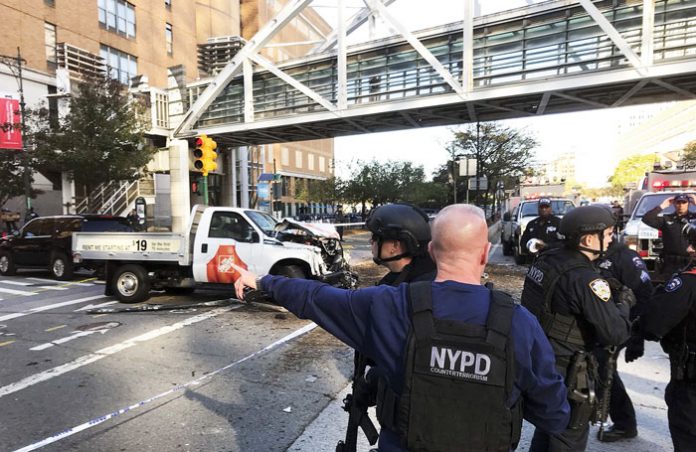 The day after last week’s terror attack in Manhattan, the streets nearby were still a mix of chaos and eerie silence.

Sayfullo Saipov, a 29-year-old Uzbek national living in New Jersey, drove a rented truck down the bike path adjoining the West Side Highway, on Manhattan’s West Side. He had entered the bike path at Houston Street, then drove south at high speed, until he crashed into a school bus near Chambers Street. He then exited the truck carrying a paintball gun and a pellet gun, and was shot, but not killed, by the police.

Saipov, who had yelled “Allahu Akbar” in the street and had left a note praising ISIS in the truck, killed eight people during his rampage and injured many more. It was the deadliest terror attack in New York City since 9/11.

That was on Tuesday. On Wednesday, the wreckage had mostly been removed, but the dazed feeling remained in that part of Manhattan.

On a block east of the West Side Highway, on Chambers Street right outside the playground of PS 234, the police had set up a cordon for broadcast media. TV cameras stood in a staggered pattern, reporters from various outlets recording on-the-scene in front of them. All along Chambers and Greenwich Streets rested a forest of satellite vans, antennae stretched toward the sky like metal trees.

A block closer to the water, the scene was quieter, and sobering. The police had closed off one side of the West Side Highway, the farther side near the bike path that the terrorist had driven his truck down. They had restricted traffic on the closer side, as well; only a few vehicles drove down, every few minutes. The normally restless roadway was strangely silent and almost deserted.

On our side of the street, patrol cops stood at every street corner, watching the meager few people straggling down the sidewalk. Across the street, near where the truck had driven down the bike path, forensic teams were still working, walking slowly down the street with their eyes on the ground.

A bit farther north, a truck from Misaskim was parked near the bike path, and volunteers exited. They joined the police and began examining a section of the area.
The presence of the volunteers was a reminder that one of the victims killed by the terror attack had been Jewish. Ariel Erlij, a 48-year-old steel mill owner from Argentina, had been visiting New York with a group of friends from his school days. The Argentinean tourists were celebrating the 30th anniversary of their high school graduation. Erlij and four of his friends were killed, along with a Belgian and two Americans. 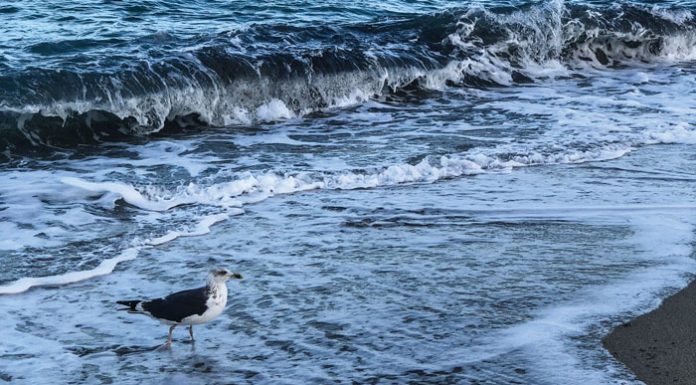