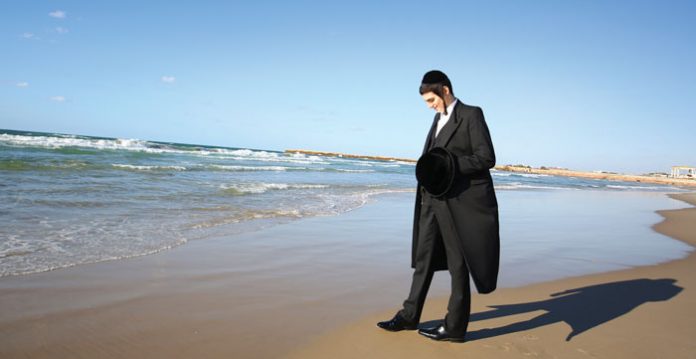 “I was born into a very good family in Bnei Brak,” the 17-year-old girl tells me on the phone in a rapid, slangy Hebrew that only an Israeli teenager speaks. “My family was really frum. We kept everything: all the halachot, all the chumrot, all the minhagim. Then four years ago, when I was 13, I lost my parents. First my mother died, and then half a year later my father passed away. As an only child, I was alone in the world. There were aunts and uncles and even a grandmother, but I wasn’t very connected to them.

“During that first year I went to stay with my uncle, but he was a businessman and was hardly ever home so I was alone there, too. I hated being by myself. It was terrible being alone all day. It was cruel and depressing, so I decided to leave Israel. One day I went to Ben Gurion Airport and bought a ticket for the first flight out. It was going to Los Angeles.

“With no family or friends in LA, all I did was walk around the streets all day long. After two weeks I met someone on a street corner who asked me if I wanted to stay in a secure home for troubled girls. I really had no other choice, so I said yes. When I got there I discovered that it was a completely goyishe place, where the two things I still cared about, Shabbos and kashrus, were impossible to observe. I was literally the only Jew there. I didn’t even know much English, so I mostly communicated through the computer. It was a very tough time for me. Just waking up in the morning to start the day was hard.

“After three months I realized that I was no longer interested in living. No one really cared if I lived or died. I was barely in contact with anyone in Israel and felt truly alone. The home was a supportive and loving place, and the people there really tried to help me, but it wasn’t enough. One day I found a busy street in the area with a lot of tall buildings, and chose a particular building that was 30 stories high from which to jump. That night I went to bed planning exactly how I was going to do it, when I suddenly realized that I owed several girls a few dollars that I had borrowed. I decided that I had to pay them back before I killed myself.

“There was a computer room in the facility that everyone could use. I walked in, switched the computer over to Hebrew and typed in some random words. It was just for something to do, because as far as I was concerned I was finished with this world. While clicking on various articles I suddenly saw an ad from the Mesila organization in Israel, which teaches people how to manage their finances. I was bored, so I watched two videos of past dinners the organization had held. Both featured songs that were sung by someone named Motty Steinmetz. One of them was entitled ‘Elokim Al Dami Lach.’ I opened the first clip, and as soon as I heard the song I started to cry. I had never cried like that before. I cried more than I cried at my parents’ funerals. I watched the first one and then the other, and then I listened to them again. I had never known that there were people like this in the world, who loved Hashem so much and had such a connection with Him. You could tell that the singer really believed in the words he was singing.

“For some reason it made me realize that everyone has difficulties in life. No one in this world is living in Gan Eden; everyone has challenges. The singer was so empathetic that I was sure that he himself had gone through his own difficulties. And yet, he was still so connected to Hashem and could sing like that! I couldn’t believe it.
“I sat there in the public room the entire night. In the morning, instead of jumping out the window, I paid back the two girls and decided to leave the home and move on with my life. However, there was a rule there that you had to give a week’s notice if you wanted to leave, and the woman in charge refused to bend the rules. But I felt that if I stayed there another moment I would surely die. I simply couldn’t stay there any longer. I went down to the basement, opened a window and pushed myself through, only to find myself in an enclosed area. The gate was too high for me to climb over, but I managed to slip through the bars and then ran for my life.

“For a week I was back on the streets of Los Angeles until I managed to get to the airport. I flew back to Israel, contacted my uncle and told him that I had returned from America. To my shock, he hadn’t even realized that I’d been gone. No one in my family had tried to keep in touch, so no one had missed me.

“I went to Tzfat and started my life anew. I was in a new situation, had a new perspective and got a new job. Today, I am a completely different person. I still have pain, but I’m more at peace with myself. When I think about how I was tempted to end my life I can hardly believe it. When I think back to how I was in LA, that wasn’t me. I was a ghost. But what really kept me from jumping was Motty Steinmetz’s songs. Really, it was only that.” 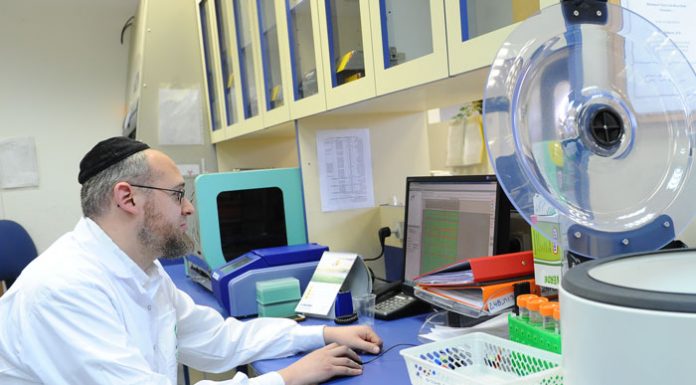 A Historic Breakthrough // Geneticist Dr. David Ze’evi talks about his latest discovery and how advances in DNA testing are helping Jewish families worldwide