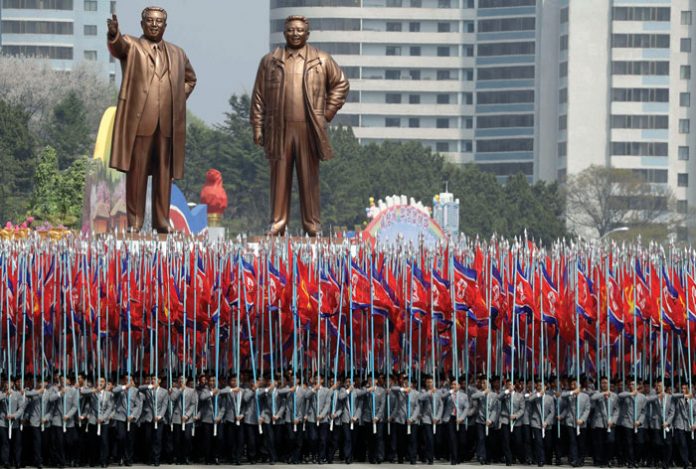 One afternoon I use some free time to closely examine my room. I inspect the walls, behind the closets, inside the lamp and under the dresser. I want to see where exactly the microphones and cameras are hidden—assuming they exist at all. I examine the yellow-painted ceiling and the empty walls that have virtually nothing on them but the pictures of that ever-present couple: Kim Il-sung and his dutiful son. I am careful not to touch these images. Who knows what the punishment might be?

I come to the conclusion that if they are tracking me in my room by some hidden means, the location of the electronics must be strategically placed at an angle that captures the entire room. It is hard to believe that the security forces would desecrate the sanctity of the Kims’ pictures and use them to camouflage a microphone. There is another picture on the opposite wall, a watercolor and pencil drawing of a range of snowy mountains. They are the same mountains used as a backdrop for the monuments of the father and son that dominate Pyongyang. They are also the same mountains painted on the wall of the hotel dining room. I realize that these are the same mountain images I see everywhere. I look at the picture and innocently shift it a little to the side, as a curious hotel guest might, in order to get a better look. I don’t see anything unusual. But now I wonder, what is this mountain?

HOLY MOUNTAIN
The next day, when the bellboy escorts me from the elevator to the dining room, I ask him about the painting of the mountain in the dining room. He stops to look at me and says with awe: “That is Mount Paektu. It is holy mountain. Not to touch.” I realize he means I cannot touch the picture of the mountain! I really have to wonder about a country that has a law forbidding tourists from getting too close to a picture of a mountain, holy or otherwise.

Back on the bus, as we drive north, John, my guide, agrees to tell me about this mountain, which lies far to the north of Pyongyang. This mountain, which is over 2,700 meters (9,000 feet) above sea level, is the tallest on the Korean Peninsula and forms part of the border with China. From the mountain, two rivers flow like two arms: to the west, the Yalu River flows to the Yellow Sea; to the east the Tumen River flows to the Sea of Japan. These rivers separate North Korea from the outside world. The mountain is actually an active volcano, and in its crater sits the clear blue, icy cold Lake of Heaven. It is this massive mountain that kept Korea isolated and independent for so many years and was therefore considered holy to all Koreans, southern and northern. In previous times, pilgrims from all over the peninsula would climb to the top of the mountain. Today only North Koreans are permitted to do so. So it is no surprise that this mystical mountain appears as a background in the paintings of the leaders. One common photograph shows the current ruler, Kim Jong-un, standing on the frozen lake with his black hair blowing in the wind.
I perk up when I hear John say, “And you know that the veins of our leaders do not flow with blood but with water from the sacred lake of the mountain.” I stare at him in amazement, and he decides to retract his statement. “I mean, they have a close connection to the mountain; their family is from the area,” he says. Although the Japanese conquered all of Korea, they were never able to take this mountain. It was from this outpost that Kim Il-sung and his guerilla fighters fought the Japanese toward the end of World War II. “His son, Marshal Kim Jong-il, was born on the mountain.”

“You know,” I respond, “in the West they say that Kim Jong-il was born in Russia, near Khabarovsk, where his father was commander of a Soviet brigade.” History records that Kim Il-sung escaped to China, and at the beginning of WWII he fled to the Soviet Union and became a major in the Red Army. That is where his son was born.
John, unlike in the past, does not refute me. “Well, that’s what they say here.” It is almost a concession.

John would probably also not want to get into a discussion with me about the frequent nuclear tests done in the vicinity of this sacred mountain. When the last hydrogen bomb test was carried out, the mountain shuddered, and the people on the Chinese side of the mountain felt the aftershock. Topographically, testing here makes sense. The area is high up and isolated and filled with natural tunnels and caves. But there also may be some symbolism involved. The hydrogen bomb can be seen as a modern-day expression of the volcano that will erupt one day and destroy the Kims’ hated enemies with fire and smoke. Symbols are very important in North Korea.

BIRTH OF A LEADER
It is raining in the morning as we board the bus. The streets of the capital are flooded. We drive past a huge statue of Chollima—a mythological winged horse—and we are out of the city, and once again the verdant countryside surrounds us. Farmers work their fields and people seem to be constantly coming and going on their bicycles. We are on the road to our first destination: Mangyongdae, which seems to be a last-minute change. The guide decided that we can’t continue our tour without visiting the birthplace of the founder of the state, who was born 105 years ago, in what we call 1912 but in the DPRK is Juche 1. We pass what looks like an amusement park, and pull into a parking lot to visit the Great Leader’s birth village. 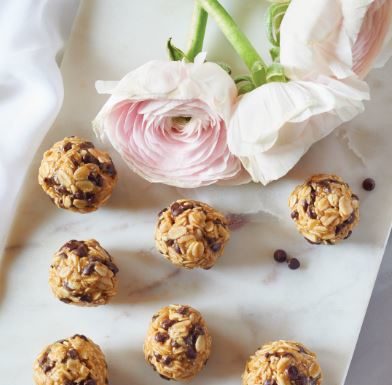