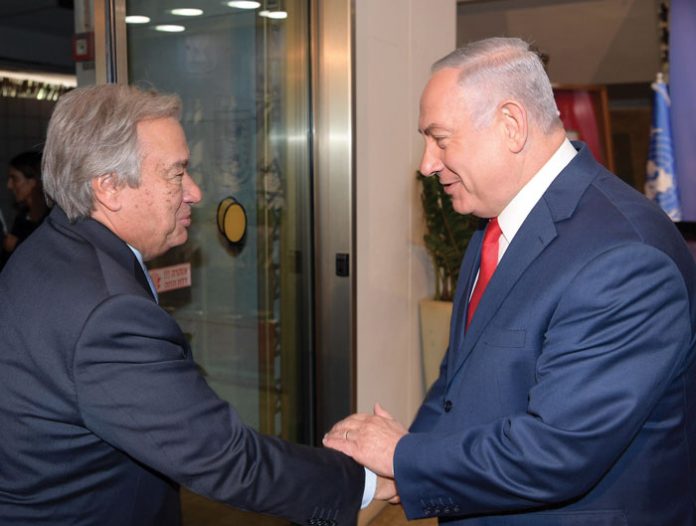 It may not seem like big news that the former prime minister of Portugal publicly acknowledges that the Beis Hamikdash once stood on Jerusalem’s Temple Mount.

But when António Guterres made that statement this past January, it was less than one month after he was elected secretary-general of the United Nations. And he uttered those words despite a recent campaign by a UN agency to deny the ancient Jewish connection to Jerusalem.

Could it be that under its new leader, the United Nations—long the world’s foremost bastion of anti-Israel bias—is undergoing a transformation of its attitude toward the Jewish state?

The Jewish community has long been accustomed to harsh critics of Israel serving as secretary-general of the UN. One, Kurt Waldheim, even turned out to be a Nazi war criminal.
There was nothing in António Guterres’ background to suggest he would be any different from his predecessors regarding Israel. In addition to having served as prime minister of Portugal and UN high commissioner for refugees, Guterres is secretary-general of Portugal’s Socialist Party. The Portuguese Socialists are part of the Socialist International, which has become so fervently pro-Palestinian that in 2001, Israel’s Labor Party, a founding member of the Socialist International, stopped paying dues and changed its status to “observer.”

But soon after becoming the UN’s secretary-general, Guterres began making statements about Israel that were startling, to say the least. His comment in January about the Temple Mount turned out to be just the first in a series of pro-Israel remarks and actions.

In March, Guterres ordered the UN’s Economic and Social Commission for Western Asia (ESCWA) to remove a harsh anti-Israel report from its website. The document, titled “Israeli Practices Toward the Palestinian People and the Question of Apartheid,” had been commissioned by the 18 Arab countries that are members of the ESCWA. The report was authored by two veteran anti-Israel activists, professors Virginia Tilley and Richard Falk.

Rima Khalaf, a Jordanian diplomat who was executive secretary of the ESCWA, was so outraged by Guterres’ action that she resigned in protest. Israel was not sorry to see her go; Israel’s ambassador to the United Nations, Danny Danon, remarked: “Over the years Khalaf has worked to harm Israel and advocate for the BDS movement. Her removal from the UN is long overdue.”

World Jewish Congress president Ronald Lauder met privately with Guterres in late March and said afterward, “There is a breath of fresh air coming from the United Nations—a long-overdue breath of fresh air.” Lauder said Guterres reiterated his January comments affirming the historical ties between the Jewish people and Jerusalem.

Guterres addressed a World Jewish Congress assembly in New York City on April 23, the first time a UN secretary-general ever addressed such an international gathering. In his remarks, Guterres declared that “the denial of the existence of the State of Israel” is “the modern form of anti-Semitism.” Guterres’ willingness to break from the traditional Palestinian line—that hatred of Israel is not anti-Semitic—represented another surprising move for a UN secretary-general.

In his World Jewish Congress speech, Guterres also said, “Israel needs to be treated like any other UN member state.” That was music to the ears of a Jewish community which for years has watched the UN treat Israel not like any other state, but as a target for endless criticism.. 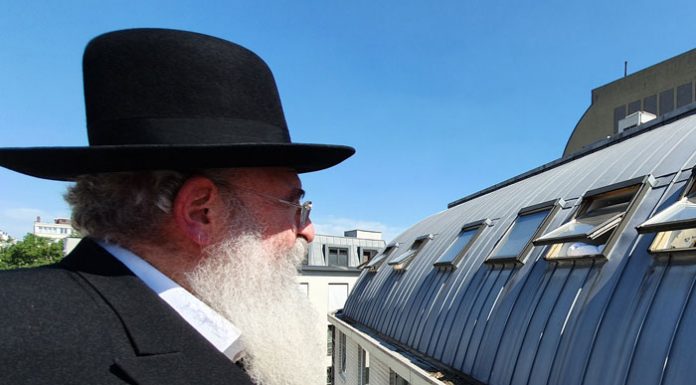 The Choizer // Rabbi Simon Jacobson reflects on the fascinating life...

HI-TECH in the Ancient City // A Behind-the-Scenes Look at...