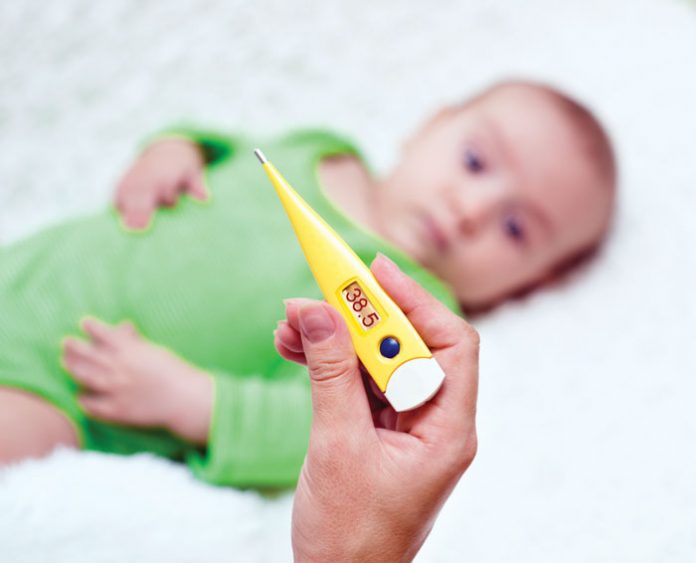 Shaindy W. shares her miraculous story
It’s summertime, and our family has moved upstate, for our annual “country getaway.” Though many of my friends gripe about the endless muddy towels, upside-down schedule, and crowded conditions in our two-room shacks, I live for these months all year. Just putting my feet up in the shade and watching my three little ones whoop and holler as they play with their friends, catching salamanders in the mud or rolling in the grass, fills my heart with joy. The girls, three and five years old, are queens of the colony, while little Dovi toddles about, his chubby fingers grabbing everything in sight.

Dovi is 15 months old now, an adorable blonde version of his beautiful sisters. When I think about all we’ve been through in the past year, the near-misses and harrowing nights in the ICU, I feel doubly blessed.

“So this is the famous Dovi?” my country friend, Rachel, greets me on the second day of the season. She lifts him high and tickles him under the chin, chuckling as he squeals. “You’ve given us quite a scare!”

“You and everyone else,” I murmur. “But mostly his Mommy and Tatty.”

I hug Dovi close and recall the chaotic weeks after his birth. Though he’d been born at term before Pesach, and his early weeks were tranquil, by the time he was six weeks old he was crying throughout the day. I spent most of my time trying to calm him down, feeding him gripe water through a medicine dropper, patting his back and pacing back and forth. Our two older children became crankier than usual in response to my exhaustion and frustration. My beautiful baby was in pain, and there was nothing I could do about it.

“It’s probably just colic,” my pediatrician said. “He’ll outgrow it in no time.”

“You had a bad case of colic, too,” my mother recalled. “Time and patience will do the trick.”

Thankfully, it was a relatively peaceful time, between Pesach and Shavuos, when the older ones were in school and I was able to devote my time to Dovi. Still, after another endless night spent calming him, I was exhausted beyond words. Shavuos was approaching and my freezer was stocked with dairy delicacies, as we were expecting guests for the meal.
A day before Shavuos, I was speaking to my sister-in-law Chany, kvetching, really, about Dovi’s nonstop crying. I also mentioned that he had thrown up, twice, and seemed to be in real distress.

Chany, whose six young children kept her on her toes, urged me to make an appointment at the pediatrician.

“He can put Dovi on medicine, and you’ll have a semi-normal Shavuos,” she said. “Otherwise you’ll be pacing up and down and going crazy.” 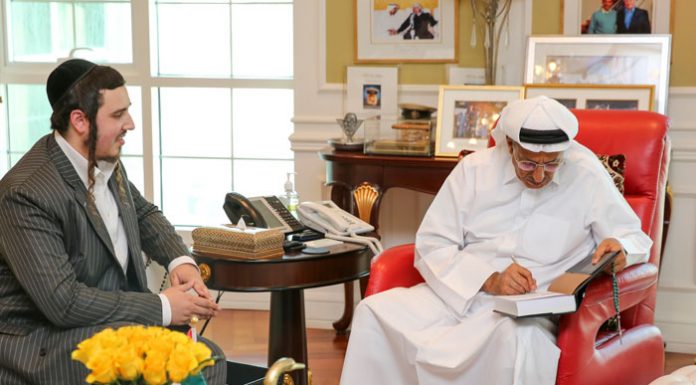 Direct from Dubai // A candid conversation with Dubai billionaire Khalaf Al Habtoor, founder and chairman of the famed Al Habtoor Group, about his...

Behind Every Mask Is a Face //Masks have been used since...

The Reprieve // Szilvia Nahmani fights for her husband’s freedom By...