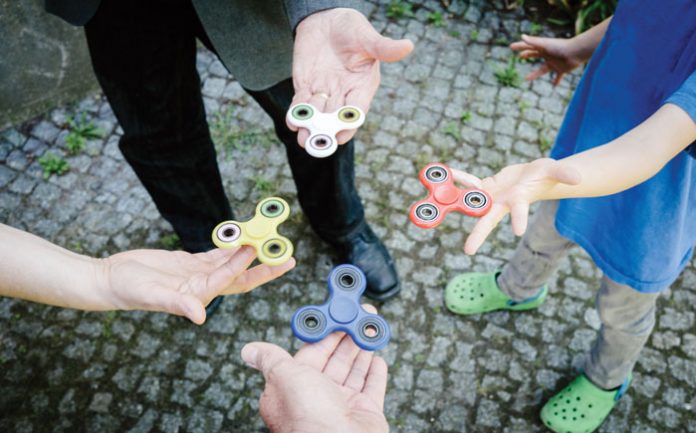 If you have children, you probably have a wide selection of fidget spinners in your house, with models ranging from plastic to stainless steel, glow-in-the-dark and adorned with LED lights. This strangely addictive handheld tchotchke has been dubbed “the must-have toy of the year” by Forbes—and they’re everywhere.

Before December of last year, Google searches for “fidget spinner” were rarer than hen’s teeth. But by April of this year, the fidget spinner had already taken the world by storm. Out of the 50 top toy spots on Amazon, 49 are held by some type of spinner. And unlike other toy fads like Cabbage Patch dolls or Furbys, the fidget spinner is mostly a brand-less trend.
But lest you think that they’re lacking in controversy, as of the beginning of May, schools in Brooklyn, Chicago, Connecticut, Florida, Indiana, Minnesota and Massachusetts had banned the spinners from school. A week later, some 32% of the top 200 American high schools had banned them from the premises, or were planning to do so in the near future.

Just in case you haven’t encountered one yet, here’s what a standard fidget spinner looks like, although there are many variations on the theme: Fitting in the palm of your hand, it has three circles on spokes to form a triangular shape, sort of like three blades attached to a center core. You hold the center of the spinner, which floats separately on ball bearings, and spin the outer circles around and around the center.

The resulting gyroscope-like sensation is why kids love it—and why schools have banned it: it’s a major distraction. Our boys have even figured out that using their yarmulkes to hold the spinner gives them greater traction and a super-long spin! My toddler nephew, whose fingers are too small to allow the blades to rotate, holds his spinner to his nose. My two-year-old daughter hollers if someone dares to get close to her “skinner.” Some children have learned to stack several at a time to create a spinning tower, while others play catch with their friends while their spinners are in motion. Those who are particularly nimble can balance them on body parts as they walk.

Not surprisingly, sales have soared through the roof. Major retailers are scrambling to stock them, and Toys “R” Us even flew a shipment of spinners into the United States last month because they couldn’t wait for them to arrive by ship.

On my first visit to a toy store in Monsey to see how they work, I noticed a sign on the entrance that read: “SORRY, WE ARE TEMPORARILY OUT OF FIDGET SPINNERS.” By the following week they were fully restocked, but were imposing a ten-per-customer limit. A different store allows online customers to purchase only two at a time! 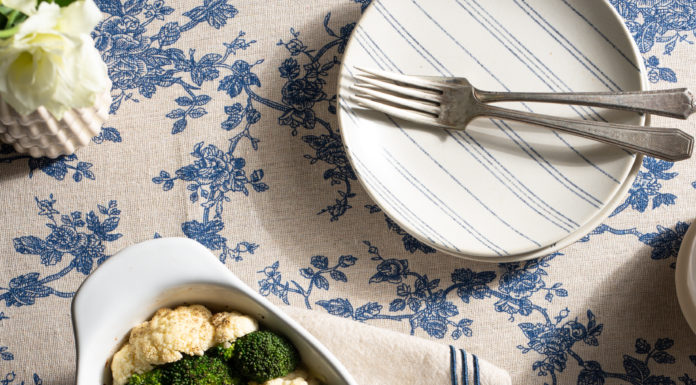 Fearful about the Flu? // A pulmonologist explains the real...

Zeidy and the President // It wasn’t good for Zeidy to...