Dear Rabbi,
After ten, long childless years, we are expecting twin boys, baruch Hashem. Our joy is indescribable, and we are incredibly thankful to Hashem for answering our tefillos. While traveling on this long journey, I have gotten to know many people who are still waiting for this brachah, so I know how fortunate we are.

However, our joy is incomplete because of two tragedies that befell our families. Both my husband and I lost our fathers this year to COVID.

Although we are both mourning the loss of our fathers, our situations are very different. My father was beloved by all who knew him—and not just by his immediate and extended family. My father-in-law, on the other hand, was the exact opposite. While he was considered to be a respected figure by the outside world—a “sheine Yid”—at home, he was a tyrant.

Discovering that part of his personality was a huge shock to me, because until then I had never encountered anyone with such terrible middos. I was a naive 19-year-old who didn’t even know such people existed.

I’m sorry to say that he was very selfish, rude, condescending, incapable of empathy and more. He was constantly putting down my husband. He was mean. He actually told my husband to divorce me when he found out that it was my “fault” that we were having difficulties having children. That was the way he treated people. If you weren’t what he expected or what he wanted, he just dismissed you. He had no use for you anymore. He never helped us financially with the treatments, even though it would have been well within his means to do so.

My husband hated being in his presence. He feared him, and although he couldn’t bring himself to admit it, I know he disliked his father. My mother-in-law is the reason why my husband and his siblings are so normal. She is a woman of extreme “grace under fire” who showered her children with love and attention and constantly deflected her husband’s criticism of them. I just don’t know how she did it. I don’t know how she found the emotional strength and wasn’t worn down by her husband.  She would make for an interesting case story on resilience and surviving emotional abuse. Not just surviving, but thriving.

I gave you all this background so you can understand my dilemma and why I’m writing to you.

I don’t want to name any of my boys after my father-in-law. I’m truly afraid that I will resent the child. I’m also afraid that a name has an influence on a person. My husband, however, is adamant that we name one son for my father and the other for his. When I explain why I don’t want to name our baby for his father, he gets upset. It’s as if the past has been erased and suddenly my father-in-law has become this nice person who just wasn’t perfect. It’s like a rewriting of history.
As much as my husband complained to me about his father during his lifetime, he gets upset if I even mention anything negative now. And the entire family is acting the same way. I couldn’t believe the things that were said at the shloshim. I didn’t expect them to say anything negative, but the person they described was not my father-in-law.

This has made it even harder for my husband to understand my revulsion at having our child named after his father. I feel terribly guilty that at a time when Hashem is giving us such a gift, at a time of such joy, we are arguing about a name. But I don’t know how to resolve this impasse. It’s not like some pettiness—that he wasn’t nice to me, or to anyone in his family, so it’s payback time. That’s not the case at all. I truly fear that I will cringe every time I call my child by this name. I’m afraid that it may affect how I will feel about that child, and I’m afraid that the child will be affected by inheriting his namesake’s middos. Part of me understands my husband, even though I wonder how he will feel as time goes by and he allows himself to remember his father as he was rather than the sanitized version he has created. But I also feel for my child. His name will always evoke bad memories to all of us, while his twin brother will always be told how special the person he was named after was. I just don’t see a way out where one of us won’t be upset. I truly hope we can get advice to help us out of this lose-lose situation.

This is a question about naming after someone about whom you don’t have good feelings. Is that a reason not to give the name?
Are you asking in general or about this specific situation?

Let’s start with this specific situation.
The first thing I would say to this woman is that I was a bit surprised by the lack of sensitivity when she said that whenever she tries to explain this to her husband, “he gets upset.” It sounds like she knows that it upsets him, but she’s persisting anyway. It sounds like everyone really knows deep down that the father-in-law wasn’t such a good person, but at the end of the day, a father is a father, and a son is a son.
Her husband has certain feelings about his father, and it’s understandably very hurtful to him that during the year of aveilus—when the husband is going to minyan three times every day to say Kaddish—his wife is forcing him to admit that his father was anything less than the ideal father. He’s in mourning. He needs time. Now is not the time.
And I am sure it’s particularly poignant to him that they had ten years of childlessness, and now, during the year of aveilus for both of their fathers, she is now expecting two boys. I’m sure he sees a great deal of hashgachah pratis in this, and I’m sure it’s extremely emotionally charged for him. And in such a scenario she’s trying to get him to listen to her when she says that his father wasn’t a good person, which he probably knows quite well.
My first concern is where is her self-awareness to realize to back down from that. I understand her feelings, and we can address that as well, but I think she needs to first have more empathy.

But if she wants to get her point across, how can she do so without telling him why she feels that way?
Before she tries to “get her point across,” as you say, I think she needs to rethink her point. Here’s the thing. She has warm memories of her father. Her husband probably doesn’t have that. She says that he whitewashed the history, so he has fake memories, but there’s no comparison. She can really remember her father in a warm way, while her husband doesn’t have that. So look at it this way. Maybe doing this act of kibbud av is the only thing he can do to make some type of positive connection with his father’s memory, in lieu of actual positive memories.
Regarding the empathy that I was talking about, it’s interesting to me that she mentions how great of a tzadeikes her shvigger is, and that someone should write a case study on her. I would tell her that even better than that would be that she should personally study her shvigger. If her shvigger is the one who had to put up with this person and was able to do so with dignity and class, maybe she can learn from her how to do it. Because, baruch Hashem, it seems like this woman who is writing has a supportive husband, and she doesn’t have the misery of a difficult marriage. I understand that she has other tests—ten years without children is also a very trying test—and she also has her challenges, but she doesn’t have this specific challenge. Baruch Hashem, she doesn’t have to deal with a difficult person on a daily basis. All she has to do is be sensitive to her husband.
Now, I have a practical eitzah for her, but I don’t want to get to that until it’s understood that this is a matter of decency. If she doesn’t understand that not to give the name is cruel to her husband and giving the name is only decent then I’m not going to bother giving an eitzah, because that means she doesn’t see its importance. 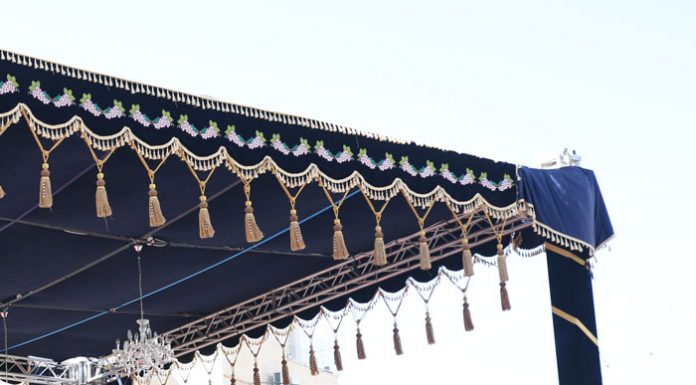 Well- Played: Eye-opening Social Experiments // Stores that aren’t what they...