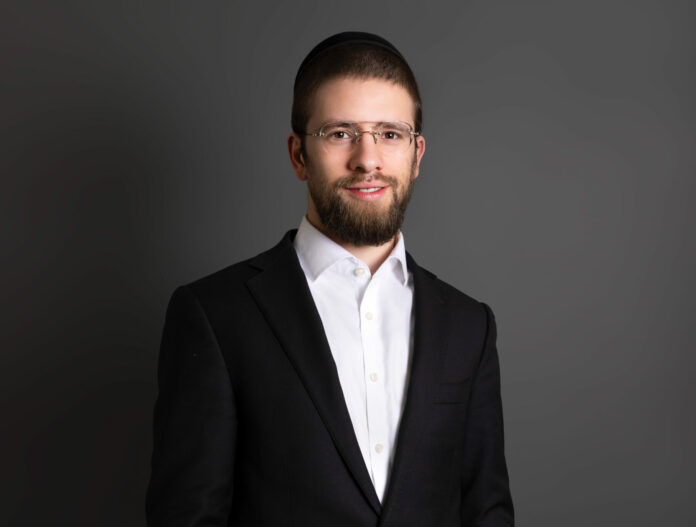 If you’ve ever attended a high-end dinner or event on the East Coast with those massive LED screens that are as expensive as they are impressive, there is a good chance that you have been to an event run by Shaya Adler’s company, Eagle Production Co.

From when he was a young child, Shaya was fascinated by sound and how to get the best audio. He tinkered with microphones and speakers, and as a teen, he started a business setting up sound for summer camps. Then he took his passion and turned it into parnasah.

From the get-go, Shaya made it a priority to present his company with prestige; he wanted Eagle to be known as the top of the A/V (audio/visual) industry. Before long, that’s exactly where he was. Today, Eagle provides sound, lighting, video and more for over 700 (mostly corporate) events annually.

Shaya’s clients have included Olami, Chai Lifeline, the Salvation Army, Michael Kors, Sellercloud, Payoneer, Jwe, eCap and more. Many of them turn to him year after year.

While the final outcome of Shaya’s work is all glitz and glam, the work behind the scenes is anything but. From schlepping his gear to working any event, no matter how small, Shaya worked 80-hour weeks to get his business off the ground. Just seven years later, he heads a well-oiled ship, often running multiple high-end events in a single night.

In our candid conversation, Shaya opened up about his struggles in juggling the large workload of a rapidly growing company as well as the changes he has made along the way, both to the company and himself. It was an eye-opening look into the journey of a young entrepreneur. Lights, camera, action—enjoy!

I lived in Eretz Yisrael until I was six. Then my parents decided to move to America, and we settled in Monsey.

“My father, who is from Manchester, England, is a talmid of Rav Avrohom Gurwicz and Rav Asher Arieli from Gateshead; he sits and learns to this day. I went to Bais Dovid for elementary and mesivta and then to Yeshiva Chemdas HaTorah, Rav Moshe Pruzansky’s yeshivah in Lakewood. Rav Heshy Berkowitz was my rebbe in first-year beis midrash at Chemdas HaTorah, and I’m still very close with him. I then went to learn at the Mir in Eretz Yisrael by Rav Nissan Kaplan.

“I was always good with my hands. I liked to take things apart and build things. I was the kid on the block who fixed the other kids’ bikes, and I helped build my father’s study, too.

“I liked bookbinding, and when I was ten years old, I got a business going. All I had to do was approach my local shul and ask if I could bind some sefarim. Not only did they say yes, they asked me to bind all of the sefarim in the shul. So for a few Sundays, my house was full of 15 ten-year-olds binding sefarim. I ‘paid’ them in ice cream and cookies, and they were very happy. I did a few more shuls after that, too.

“During my high school summers, I was a counselor at Bais Dovid and Vien day camps in Monsey. Most camps have a few times during the summer when they need a good sound system, generally for the play or color war. They tend to scramble, trying to find the right equipment by calling people who can rent it to them. I had an idea: If I bought some equipment and rented it out, I could help my camp and make some money as well. I figured I could buy the basic equipment for $3,000 and rent it out for $500 at a time. It wouldn’t be long before the equipment paid for itself, and whatever I made the following year would be profit. And that’s what happened. I bought a small sound system with three wireless over-the-ear microphones and rented it to eight camps that first summer alone.

“Throughout the year, I continued renting the sound system to one-man bands, small simchahs, things like that. The beauty of my setup was that it never interfered with my learning. My father, who takes his (and our) learning very seriously, was supportive of my endeavors because of that. When I was in mesivta, I only did sound work during bein hazmanim. I took my learning seriously during the year, and I took my hobby seriously during bein hazmanim.

“Even as a bachur, I networked. Whenever I attended a simchah, I would speak to the one-man-band, the bandleader or the hall manager. I told them that I could do sound for a good price and that I would treat the job seriously. My friends in class teased me. ‘Doesn’t a musician bring his own sound?’ they asked. ‘What value are you adding?’ But I kept going.

“The summer I was 17, Duvi Honig asked me to do the sound and video for his annual JBiz conference, which took place at the Meadowlands. Honestly, I had never done such a large setup, but I said yes and figured I would wing it. I brought one guy to help me with the sound and a second guy who had experience with video. We set up screens throughout the hall as well as sound for many vendors, and baruch Hashem, the event was a great success.

“I continued working on several jobs during bein hazmanim. That was no simple feat, as I didn’t have a car or even a license, so I had to get people to drive me around. But the jobs kept coming. I did a Simchas Beis Hasho’eivah in Pupa in Williamsburg. I also did the plays for the biggest chasidishe camps. When I was 18, I made $30,000 in one month of bein hazmanim just from doing jobs here and there. I was thinking about the future, so I put all the money back into the business so that I could build up an inventory. By the time I got married, I owned $200,000 worth of equipment. But no matter what, I made sure that these jobs never interfered with my learning; I only worked during bein hazmanim. Learning has always been important to me. Baruch Hashem, today I have two daily chavrusas.

“I went to learn in Eretz Yisrael for the Pesach zman when I was 18. I got married the following year at 19, and then my wife and I went back to Eretz Yisrael, where I learned in kollel for another year. Whenever I met people, I spoke about my passion for better sound, and I did some jobs in Eretz Yisrael, albeit with rented equipment. For example, when a rosh yeshivah in the Mir was niftar, I arranged the sound at the levayah. And whenever Rav Nissan Kaplan had any event such as a Shabbos Chanukah weekend, I arranged the sound. I’d rent the speakers and make a matzav.

“After that year in Eretz Yisrael, I knew I had to make a parnasah to support my family. We came back to America and settled in Lakewood, where we rented a humble basement apartment. I learned in yeshivah in the morning, and the rest of the time I worked on starting my business.

“I started calling people and telling them what I had to offer, promoting my services. I told everyone I knew that I provided sound for events. I still suggest this to young people starting out in any business. The best way to network is to simply tell people what you do, because soon enough, someone will need your services or they will know someone else who does. 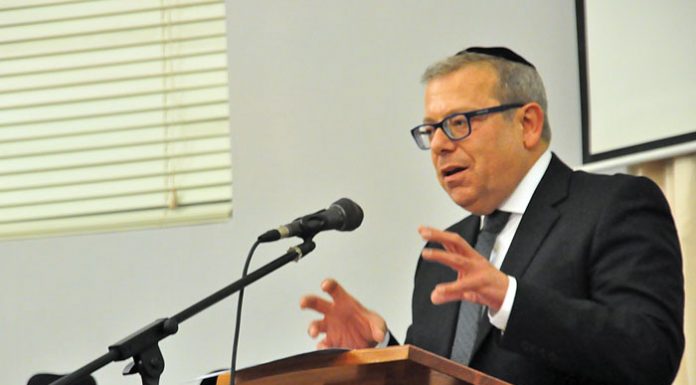