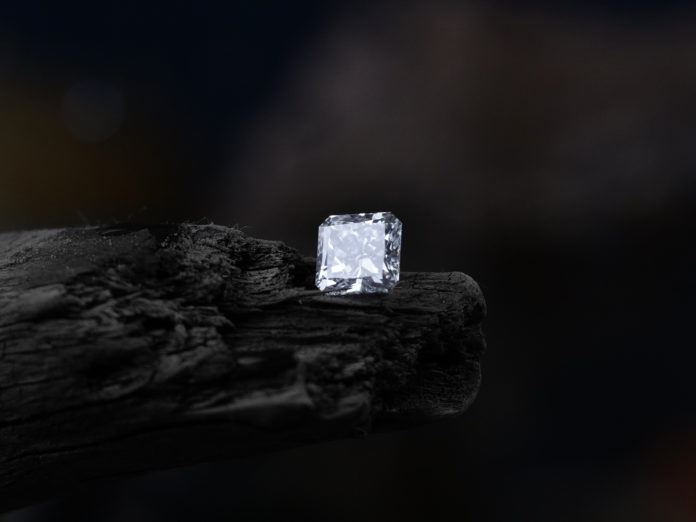 When a diamond suddenly slips out of its setting and plunges into a dark hole from which it can never be retrieved, there is usually a slow sinking in the pit of one’s stomach and a stabbing sense of loss when the realization hits: the gem is irrevocably gone.

For decades, I hadn’t worn my engagement ring and it was kept in a vault. A year after my marriage in 1978, rumors multiplied in Boro Park that a gang of thieves was working the streets, pressing something that felt like the muzzle of a gun into the backs of women pushing baby carriages, demanding their diamond rings in exchange for their child’s safety. Although the story eventually evaporated, my fears did not. My engagement ring sat abandoned in the safe. “One day,” I said.

Several years ago, I decided that one day was now. I began wearing the ring again, only to lose it after clapping too vigorously at a Chanukah concert. I kept returning to the venue, but no telltale flash of sparkle lit up the dark carpet. To this day, I sometimes still sigh with regret and turn to a well-worn trope for comfort. No, I don’t tell myself “it was a kapparah,” one of the more popular go-to consolations, but I repeat like a mantra, “It was only a thing. The ring had nothing to do with who I am, my essence, or the particular contours of my neshamah.” But to lose something that falls into that category—now, that would be a real rupture.

But what if the person didn’t know that this kind of treasure was missing from her trove of cherished objects? What if she didn’t even know it existed?

The following three “coincidences”—or miracles—are indeed “small.” They aren’t massive or apocalyptic and certainly have no global reverberations. But as a renowned philosopher once said, “Coincidences are the most meaningful for the person to whom they occur.”

Awe envelops me whenever I experience a little tap on my shoulder or a “wink” from Heaven. Even the most minuscule example of hashgachah pratis entering my life illuminates Yad Hashem unlike anything else. For me, “small miracles”—especially deeply personal ones—are a veritable portal to emunah.

I frequently come upon “miracle” stories in secular publications about people finding lost objects in the most improbable of places (diamond rings among them). The writer will often begin or end his story with this familiar phrase: “Was it luck, fate or chance?”

In life, however, you ultimately see what you want to see. Thankfully, we have been blessed with a special kind of radar and a lens that doesn’t view anything as happenstance. Miraculous reunions are characterized as “G-dincidences,” and in our world view, there’s no such thing as chance.

I have often recounted various hashgachah pratis stories on these pages, and in the eight-volume Small Miracles series as well, but the ones below occurred in recent years and fill me with wonder. While they would not be considered grandiose by any means, for me, they caused an intake of breath, a sense of the mystery that surrounds us and an acknowledgment that none of them could have possibly occurred without the orchestration of the Ribbono Shel Olam.

Several years ago, my husband, Mordechai Mandelbaum, was using the accounting services of the much-beloved Yitzchok Eichenthal. One day, Mr. Eichenthal asked my husband if he could drive to the home of one of his assistants to deliver a sheaf of papers he needed to sign. My husband does not have a penchant for making appointments in advance (perhaps because he knows he rarely keeps them on time :)), and he also has a knack for procrastination, so Mr. Eichenthal’s assistant wasn’t expecting him when he arrived. She had never met my husband before; she worked from home instead of from the office, and his face was unrecognizable to her when she opened the door.

It was a few weeks before Pesach, and by all appearances, she had been vigorously Pesach cleaning only moments before he arrived. She had that wiped-out, completely exhausted-but-stoic look we all tend to wear during the weeks leading up to Yom Tov, and her clothing was speckled with dust. “Sorry,” she apologized for her delay in responding to the buzzer. “I was in the back of the house knee-deep in boxes. How can I help you?”

“My name is Mordechai Mandelbaum, and Mr. Eichenthal asked me to bring you these,” my husband said, proffering the bundle of papers in his hand.

The woman’s jaw dropped. “Really? You wouldn’t happen to be related to Yitta Mandelbaum, whose maiden name was Halberstam?”

“That’s my wife,” he answered.

“I can’t believe this,” she muttered. “Do you know what I was doing just now? For years I went to Camp Bais Yaakov, and I always saved the newsletters that were printed at the end of each summer. I have a huge stack of them in a box, and I decided that today was the day I just had to quit my hoarding habit. I mean, who saves camp newsletters from 50 years ago? So I was getting rid of them, throwing them into a big garbage bag, but before tossing them in I reread each one, just to hold onto some good memories. And guess what I was just reading when you rang the bell? A little poem by a fourth-grader named Yitta Halberstam. Can you believe it? If you wait a minute, I’ll go get it and you can give it to your wife. She might not have a copy and would enjoy a trip down memory lane.” Trapped on a Leaky Boat Far From Home: A modern-day story of survival and rescue